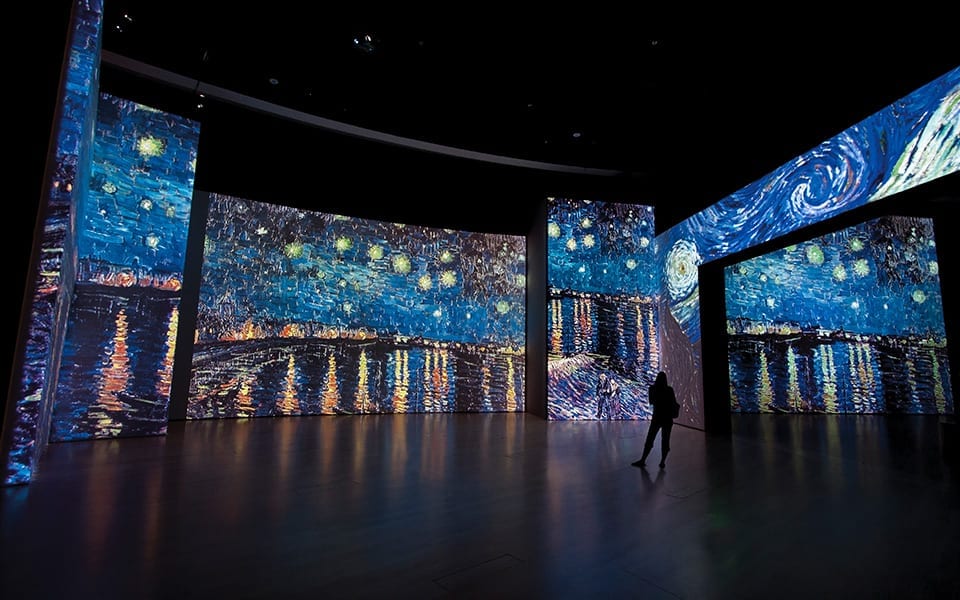 The immersive Van Gogh craze is sweeping the United States of America — a testament to both the enduring popularity of the Dutch artist and the hunger for such experiences after a year of quarantine. Nearly 40 different cities across the country are featuring these events and saturating social media feeds. No fewer than five different corporate entities are currently duelling it out across the map for supremacy in the space. Aside from major cities like New York and LA, the exhibits are also coming up in Boston, Kansas City, Minneapolis, Detroit, Honolulu, Orlando, Nashville, Dallas, San Jose, Phoenix, Atlanta and more. As navigating this plethora needs a good guide, Artnet News does the needful.

After eight days into a hunger strike it was a month ago on May 2 that dissident Cuban artist Luis Manuel Otero Alcantara was admitted to hospital — and now, he has been released. The 33-year-old leader of the San Isidro protest movement (MSI) of artists and intellectuals is pushing for greater freedom of expression in the country, and had gone on strike to protest against authorities seizing several of his works. In a sign of solidarity, last week approximately 20 Cuban artists asked that their works in Havana’s Fine Arts Museum be hidden from public view. The museum rejected the request, saying it wasn’t in “the public interest”. Al Jazeera tells you more.

Works of art from plastic bags in Brazil

Shreds of plastic picked up from city streets and rivers — that is all this Brazilian artist needs to re-conjure the works of renowned masters like Pablo Picasso, Vincent Van Gogh, Claude Monet and Andy Warhol, as seen in his latest exhibition, without using a single drop of paint. Cleverly, this work is done by Eduardo Srur to draw attention to pollution caused by the accumulation of plastic waste. The show ‘Natureza Plástica’ (Plastic Nature) will premiere in Sao Paulo in the second half of 2021. Reuters reveals.

A team of art restorers decided to use bacteria to spruce up dingy Michelangelo marbles in the Medici Chapel. The team selected specialized strains of microbes to target different stains and clean up centuries of grime, leaving the statues with a fresh new look. They had to carefully find bacterial strains that would eat away at the stains and other gunk, without harming the marble itself, and test their top choices on an unobtrusive patch of marble behind an altar in the chapel. Exploring a New York Times piece, The Verge elaborates.