Abstracts, layers, stone and spectres — these are the themes with our Artists Of The Week

Each incident we experience creates a form that leaves an impression on us, believes artist Ankita Daulatabadkar, and her art is one such manifestation that explores human behaviour and its effects. Using etching, aquatint, collography, lithography, Ankita has depicted some esoteric, symbolic and somewhat haunting themes in her artworks. Take for instance ‘The Seized Muse’, where one of her favourite recurring motifs, an entwined crown of disembodied hands, descends into the frame from top, as if gravitating towards a dominant burst of light that is emanating from a grate below. The hands are suspended in a white sheet, while the bars of the grate below also have what appears to be a sheet hooked onto them — indicating a cyclic-ness within the frame. The play of light and shadow is eerie and superbly executed, much as it is also in Ankita’s ‘Muse Around’, where we once more encounter the crown of hands. This time, it emerges in the place of a head from the bust of a man, each hand arranged in a rictus as always that could indicate the gamut from experiencing violence to fear to pain to grief to horror and more. In the backdrop is a spotlight that merely serves to highlight the figure in the foreground. 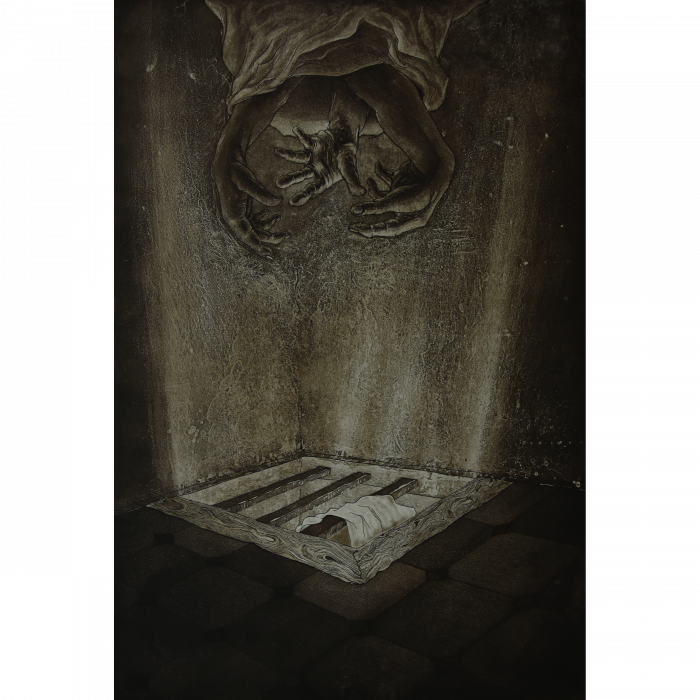 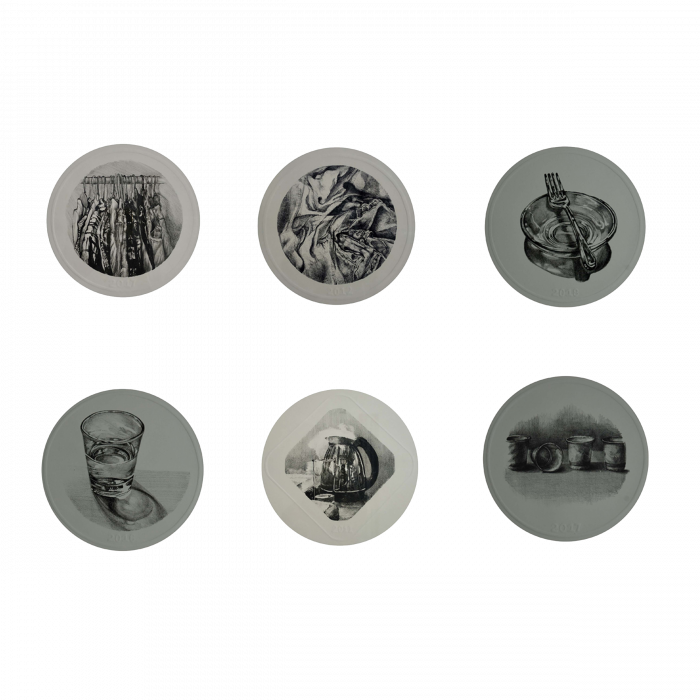 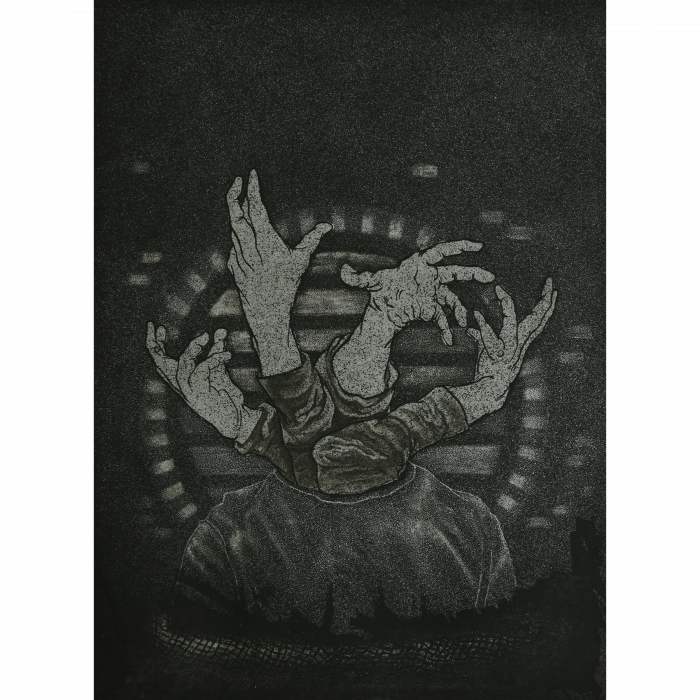 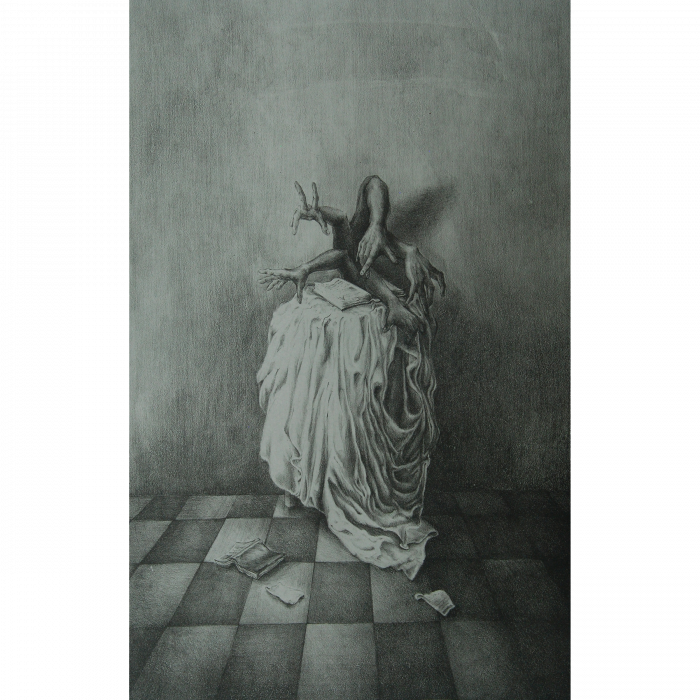 Since 2018, artist MM Mansuri has been exploring casual forms through experimentation and venturing through various uncharted paths. He believes that for a visual artist, all knowledge is mundane — they create their own forms, interpreted according to their comprehension and experiences. This then manifests in the abstract for Mansuri, who has created some vivid, bold, decisive and fascinating paintings using acrylic on canvas, under his series ‘Casual Form’. If one were to look at ZA01011 in the series, for example, it is easily one of his most striking and vibrant renditions. The colour palette is predominant with hues of purple, pink and red, seguing seamlessly into a dark blue. The smooth amalgamation of warm and cool shades adds an innate appeal to this artwork, and as with an abstract work, its depiction of forms tends to draw the viewer in to work with their own interpretations of what they behold. With Y5, a more different style is visible — the main form is clear, framed into a large red square in the foreground. It is a minimal painting, with just about 3-4 dominant colours, with a huge daub of bright yellow slapped atop an otherwise pristine patch; atop both is a spray or burst of white, flecked with bits of black/grey, almost triumphantly bursting out of the borders. 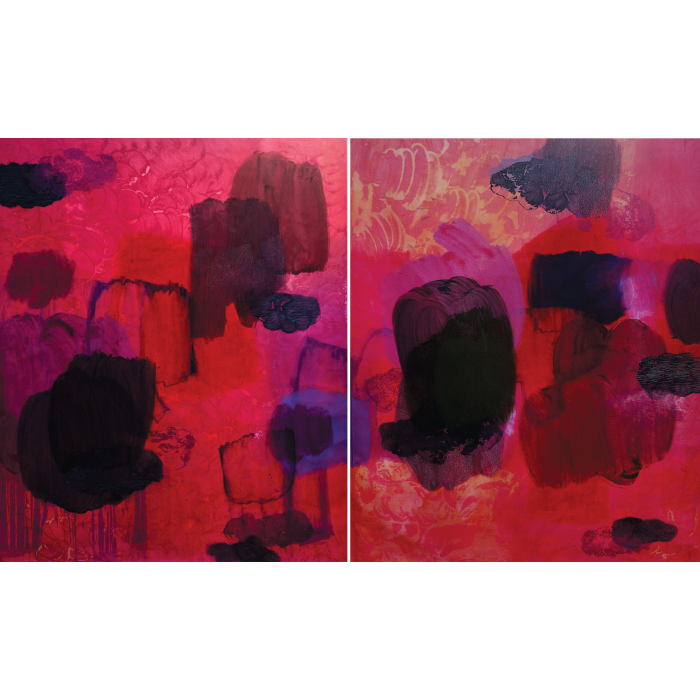 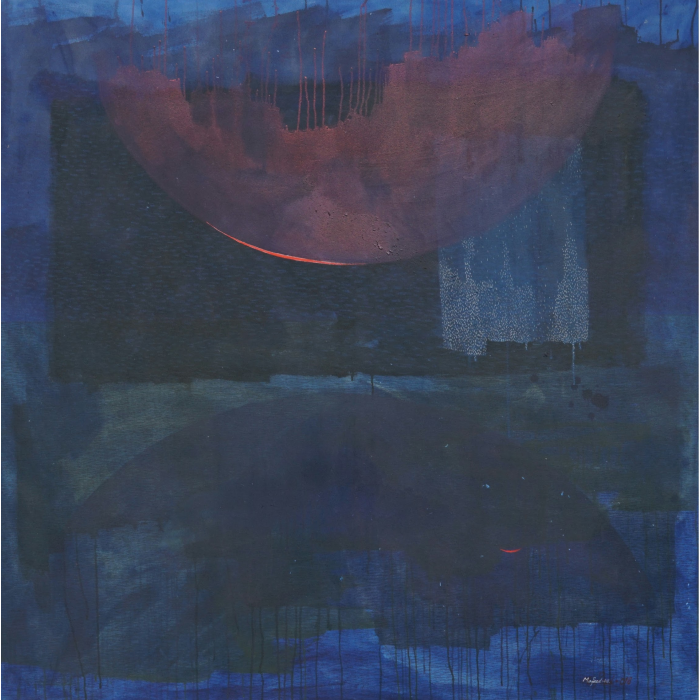 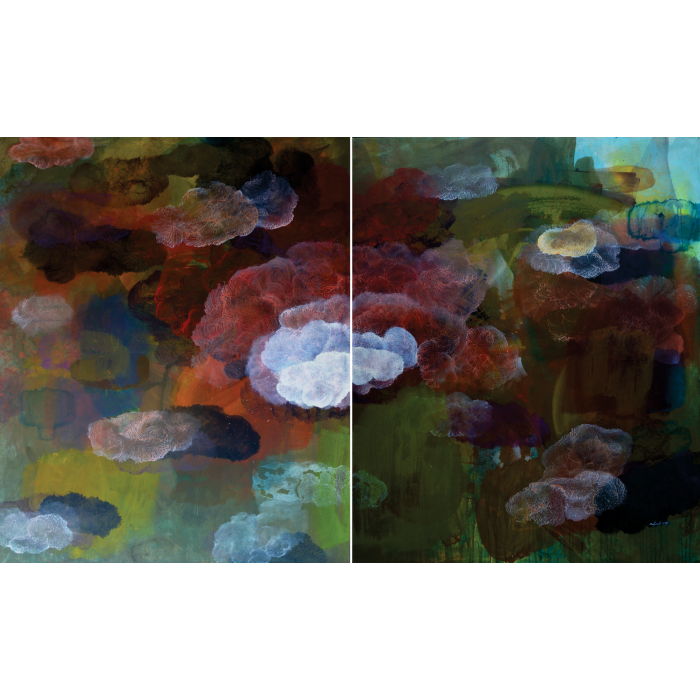 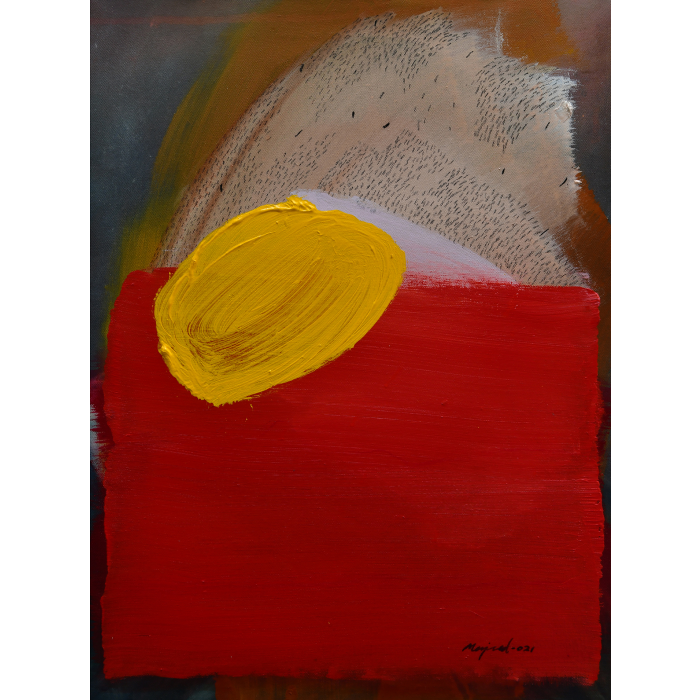 Pratap Manna: Plumbing into the layers of memories

The artworks made by Pratap Manna rest on the understanding that our multitude of everyday experiences register in our mind in a multilayered form. Inspired by this, his paintings also take on a many-levelled structure, utilising the mediums of charcoal, ink and watercolours, and more often than not working with a limited set of colours. Aspects of geometry and architecture are quite clearly visible in these pantings, further drawing upon the theme of levels and layers, taking it into the realm of a direct analogy in construction. In ‘Changing Landscape’, the centre of the frame is a vertical tower-like stucture in the process of being built, standing out with some clarity; outside this frame and all around the canvas there is more chaos, the vision is more faded and the structures are diverse, some fllling apart, others already built yet somewhat dilapidated. Construction debris lies around in various spots, as do rocks on the landscape. Another interesting artwork is ‘Revisiting Memories’ — there is a sense of structured chaos or crowding in the layers to this piece, developing almost like a visualisation of a sound track with too many instruments. Vaguely in the backdrop, one can see a pack of crows on the ground; behind on top, there are cable lines on which multiple little birds are seated, almost like leaves on a branch. This clarity, however, is obscured by the unrelenting layering of lines across the entire breadth of the frame. 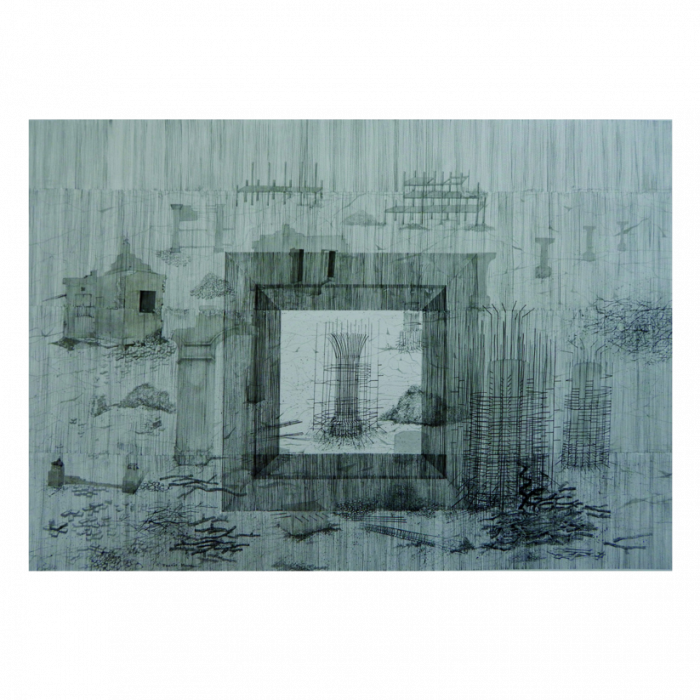 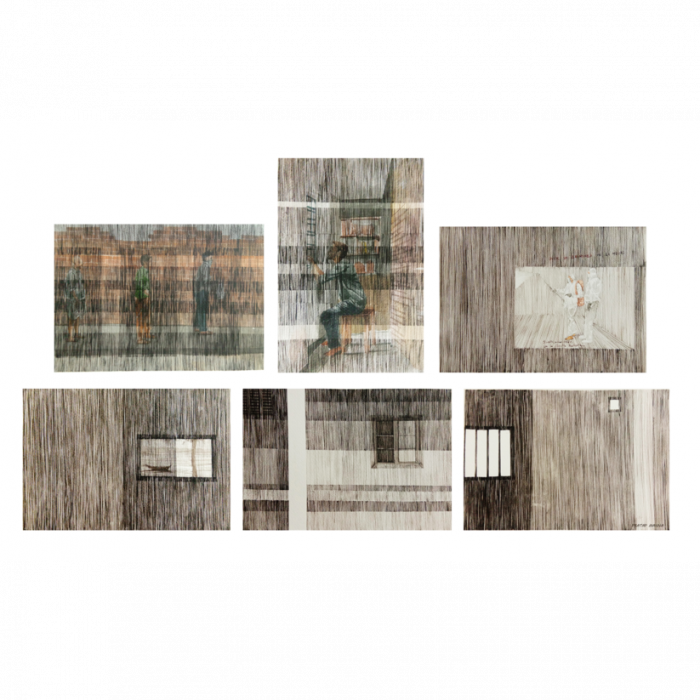 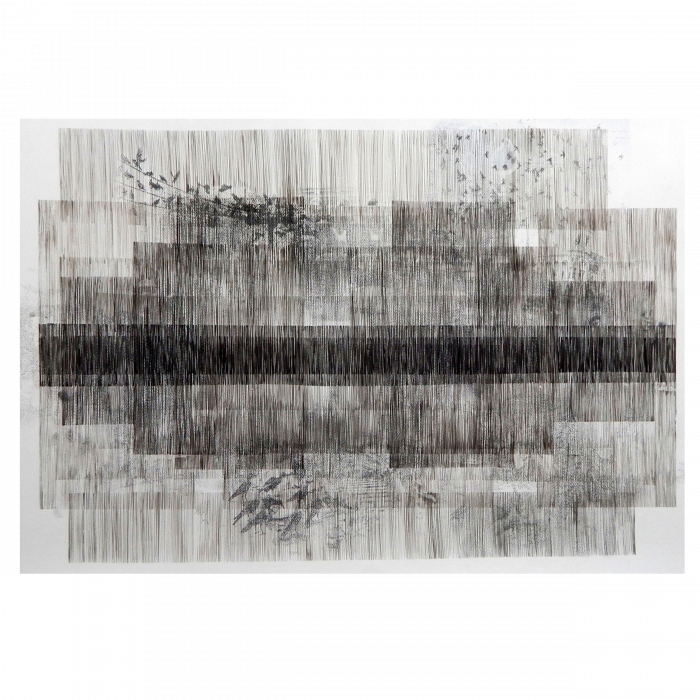 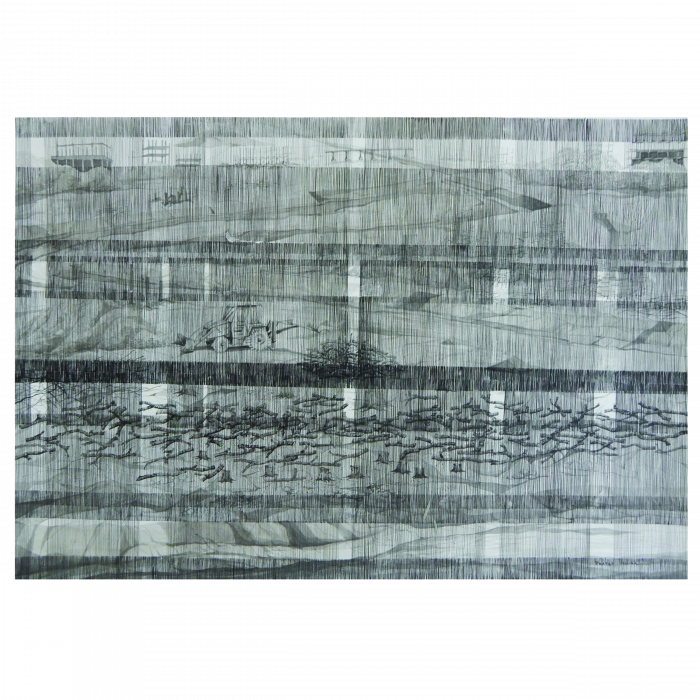 The transcendental effect of water making love to stone has imprinted on the sculptural expression of artist Cyrus Penuganti, who himself proclaims that he draws from that balance, rhythm, and reflection to breathe life into his creations. Further, his inspiration also draws from the aesthetic and structural voice of Indian art, its grandeur, technique, balance and introspection. Underlying this all, his motivation lies in the singular touch of individuality, believing that each artwork should voice his roots. He works extensively with black marble, white marble, granite, steel, iron, mirror and more. If we look at ‘Essence of Existence V’, the curves and straight planes of the abstract form leaves plenty of room for interpretation —    the reflective surface of the base adds an extra dimension to the piece, revealing a new layer of depth to the symbolism. Similarly, ‘Injury of Existence’ harnesses the pristine beauty of white marble into a rectangular sculpture with a asymmetrical base, its symmetry juxtaposed with naturally-formed caverns in its structure. 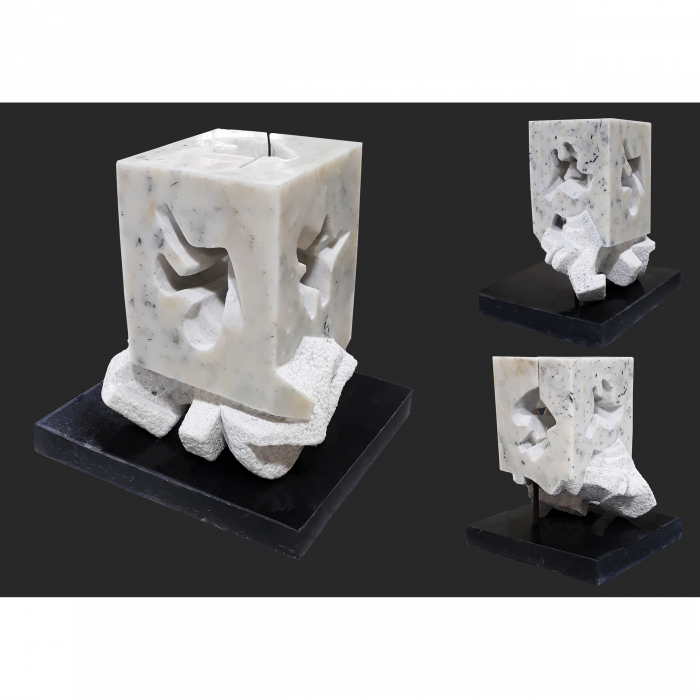 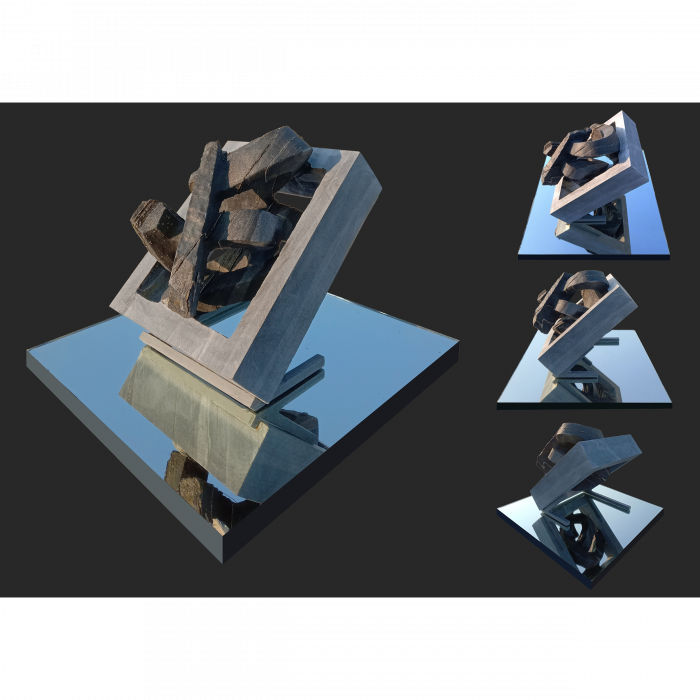 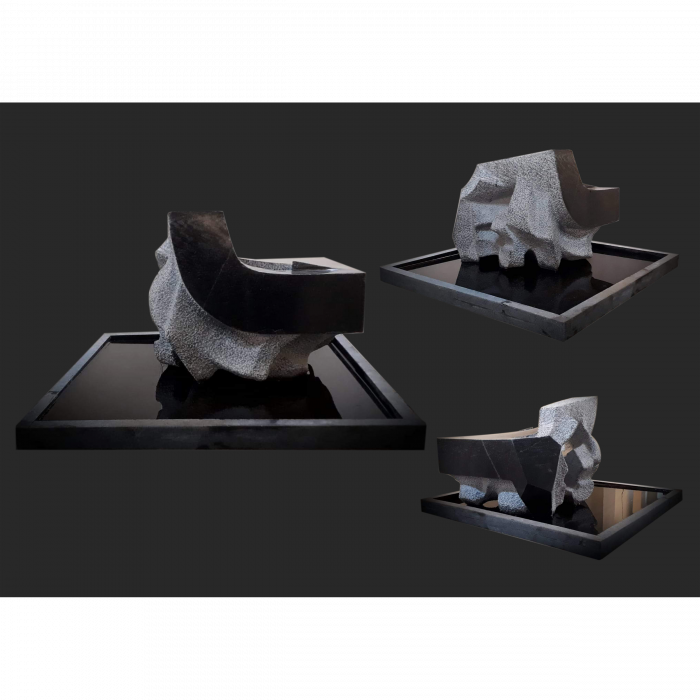 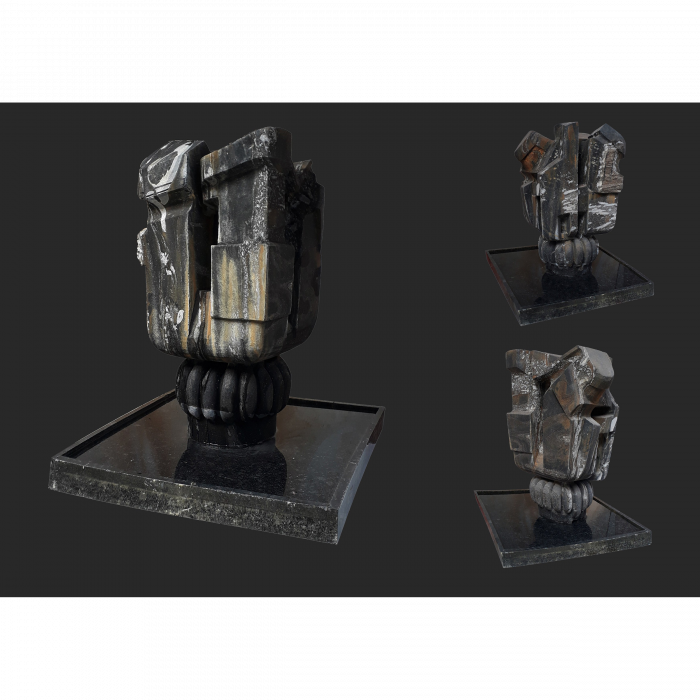