An artist since he was 2 years old: Meet Advait Kolarkar 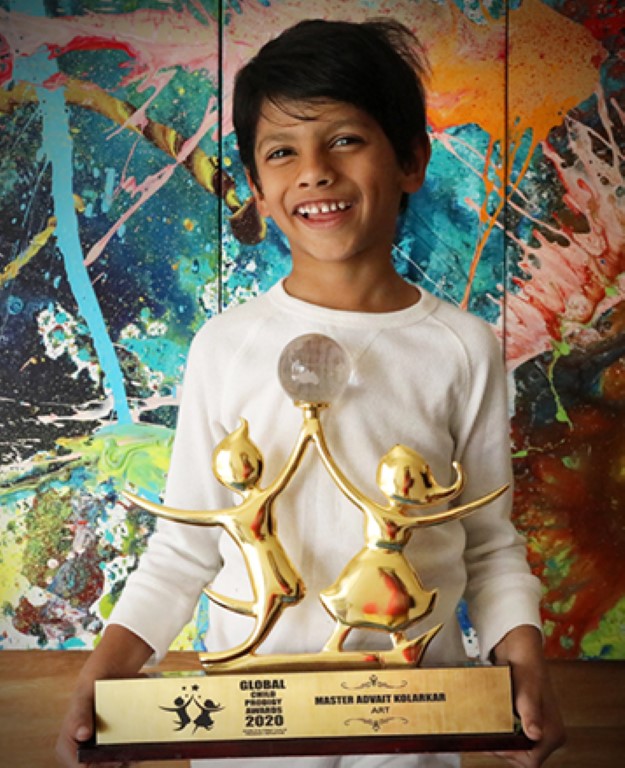 All of seven years old in 2021, art prodigy Advait Kolarkar has already had solo shows of his pieces in India, the United States of America, and Canada at this tender age.

This artist’s size belies his talent — his diminutive self has had five years of experience making remarkably instinctual compositions on canvas, which started out on any surface he could find. Little Advait’s eye for art was first revealed to his parents when he had spent less than two years on this planet. The crawling toddler got his hands into some food colors that his elder sister was painting with, and unbeknownst to the rest of the family, went to work with them on the tiled flooring. And voila! When his parents began to find the little boy’s silence suspicious and reached the spot, it was no simple clean-up that awaited them. Instead, the floor had been adorned in surprisingly aesthetic swirls and patterns of colors that somehow seemed to fit — and the boy’s mother Shruti Kolarkar, a commercial artist, revealed that it was one of the hardest decisions she had to make to just mop it all up.

“That’s when we realized that there might be something special at work here. We started giving him canvases and colours, and began to see an instinct to create something appealing to the eye,” she shared. At this juncture, the fledgling painter could not even articulate that which he wished to draw. However, the themes in his work bore infinite potential from their origin in the fancies of a young mind. Space, stars, galaxies, flowers, sea creatures, dragons, dinosaurs… over the years, it all turned into inspiration and the ultimate product went a step beyond. 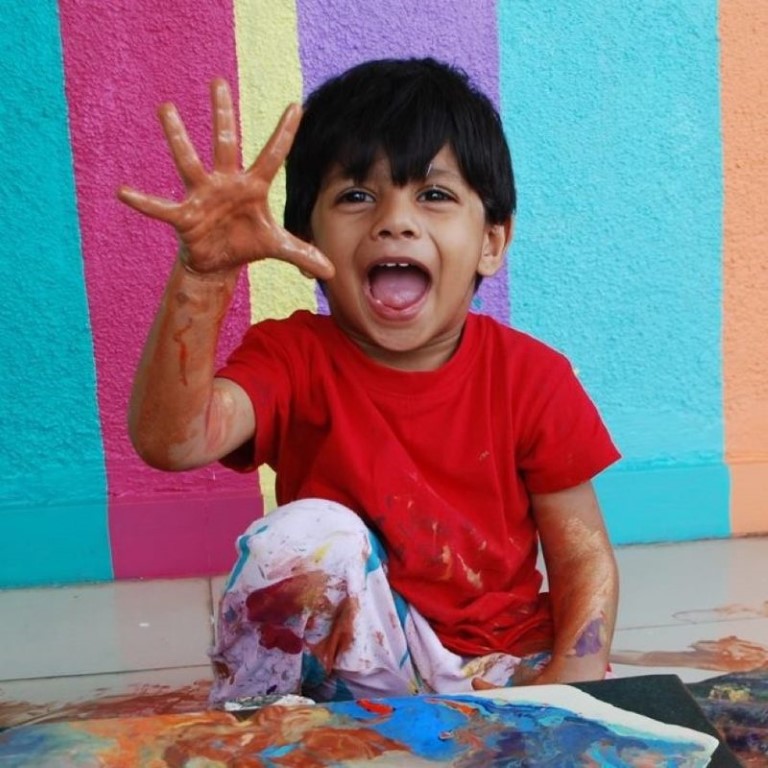 Shruti said, “I had started filming Advait in the process of painting, and happened to show a clip to a faculty member of Pune’s Abhinav Kala Mahavidyalaya — he was stunned by what he saw. After registering his disbelief for some days, as well as coming over and interacting with Advait as he worked, we suddenly had a solo exhibition lined up for our toddler at the Art2Day gallery in Pune! From there, things have gone well in leaps and bounds.”

After Advait’s family moved to Canada in 2016, he became the youngest Canadian to exhibit his original paintings in the country. He also joined 400 global artists to put up a display at the New York ArtExpo, visited by thousands of people. During the latter stint, a visit to the famous Museum of Modern Art (MoMA) for the first time exposed Advait to the works of Pablo Picasso and Jackson Pollock, by which he was deeply transfixed. 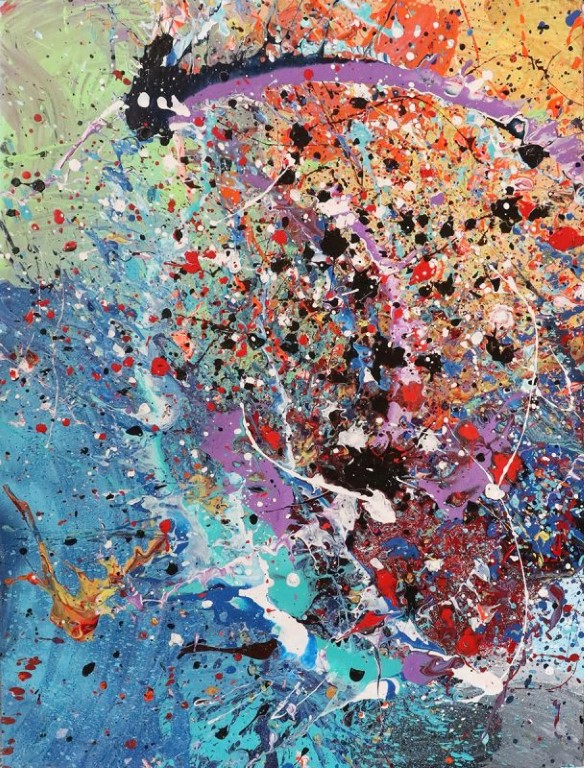 But Advait’s own inspiration has been free of external influence, given its innocent roots — abstract in nature, his art is layered and textured by hand, brush and spatula, with washes of colours that create combinations and appeal, relying on various instinctive patters. At one juncture, the four or five-year-old could tell the (highly nuanced) difference between 200 different shades of popular colours!

While Advait’s works have generated a buzz in India, he has takers for his art from across the world, especially the US and Europe, besides places like Hong Kong and Australia, shared his family. One of his most appreciated canvases was even purchased for USD 7,000 (around INR 5 lakh), and the child prodigy is now engaged in creating an even bigger-sized canvas at the moment.

Now that he is in second grade, school-time will be a balance that may soon need to be found, shared Shruti, adding, “But we will cross that bridge when we come to it.” At the moment, the Covid-19 pandemic, like everyone else, has affected this young artist’s schedule as well — but fortunately, for the better. “School sessions online are short, and much of the time in travel is saved as well. This gives Advait more time to indulge in his favourite activity, which he sits down to very seriously whenever inspiration strikes, at the spur of the moment. Advait feels the pull to create art from deep within, something that is completely his own gift.”

And while no one may know what new heights the future holds in store for the young artist, he certainly has had an early start. 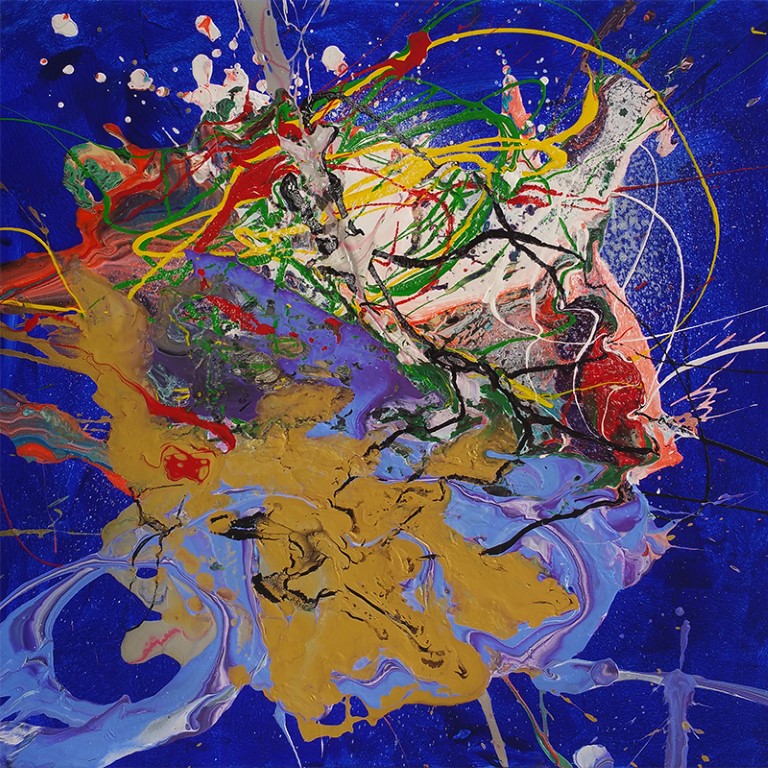 A tribute to the ‘Mother of American modernism’Raza@100: Artist Akhilesh talks about the many times he crossed paths with the master of colour