Ancient cities, time travel, repurposing scrap and art with no subject — the artists have it all this week

Home » Ancient cities, time travel, repurposing scrap and art with no subject — the artists have it all this week
June 8, 2021June 8, 2021

There is a level of intricate detail and cohesion so meticulous to the expansive works created by Swapnesh Vaigankar, that they almost appears effortless — which they certainly are not. Using primarily the mediums of etching, as well as ink and acrylic on paper, the artist brings to life vast renderings of architectural systems, which seem to be awash with echoes of history and heritage in the very space that they occupy. Swapnesh admits to being inspired by the Kadamba, Mughals, Portuguese, British and more dynasties, and his illusionary landscapes show high influences of Chinese and Korean paintings, even as themes of realism, symbolism, abstractionism and expressionism abound in how they manifest. One need go no further than the large artwork titled ‘Influsial Asia’ — there is almost a mist-like feeling enveloping a cityscape one could easily find in retellings of ancient civilizations, redolent with a certainty of inspiration from architecture of the East. The simple use of greys gives it an even more old-world feel. Another, similar stunner wrought in black and white is ‘Wonderland’, a panoramic expression of an olden cityscape, with an almost elephantine angle to its proportions, leaving the viewer spell bound to pick out familiar elements. And yet, Swapnesh manages to be quite flexible, also bringing to life an oeuvre of dull browns and mustards in ‘Land Of Khazan’ — a barren (for now) field visited by a murder of crows, as a lone, bright blue tractor trundles past the frame. 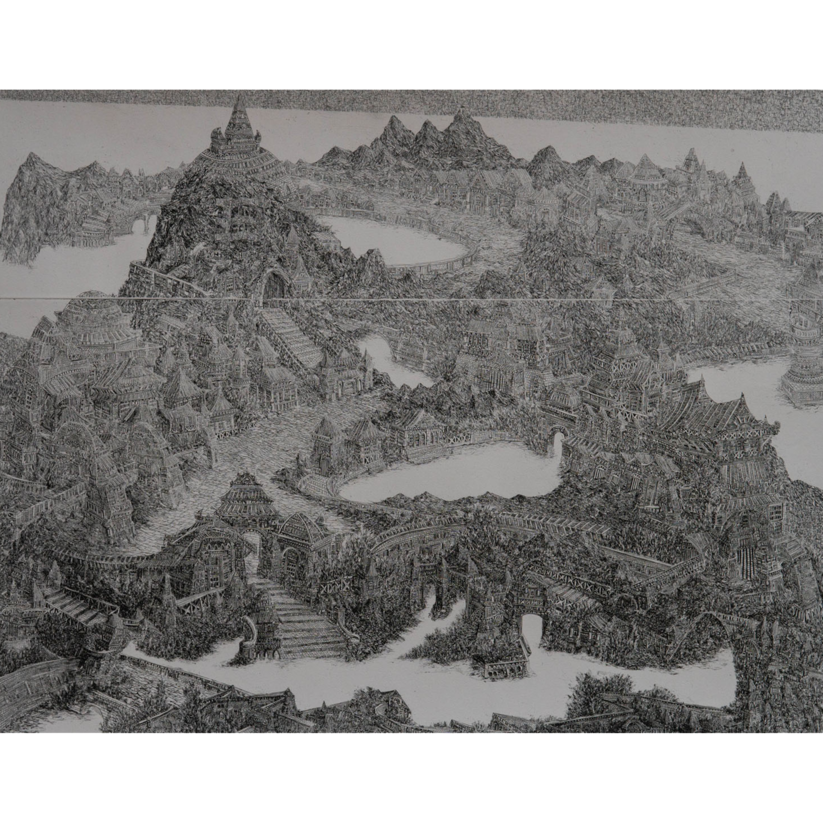 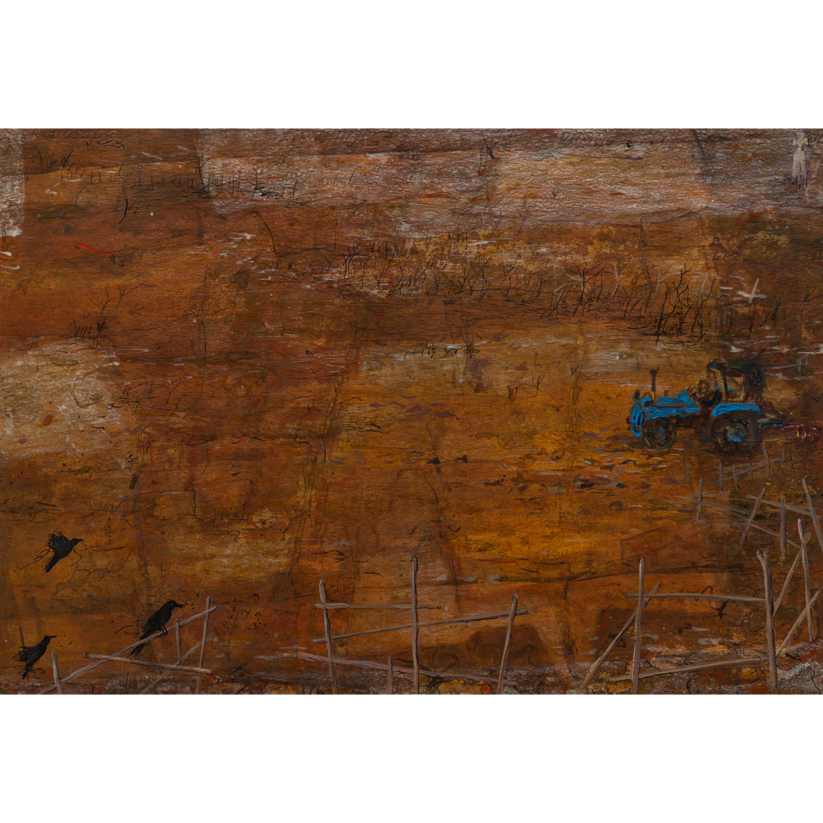 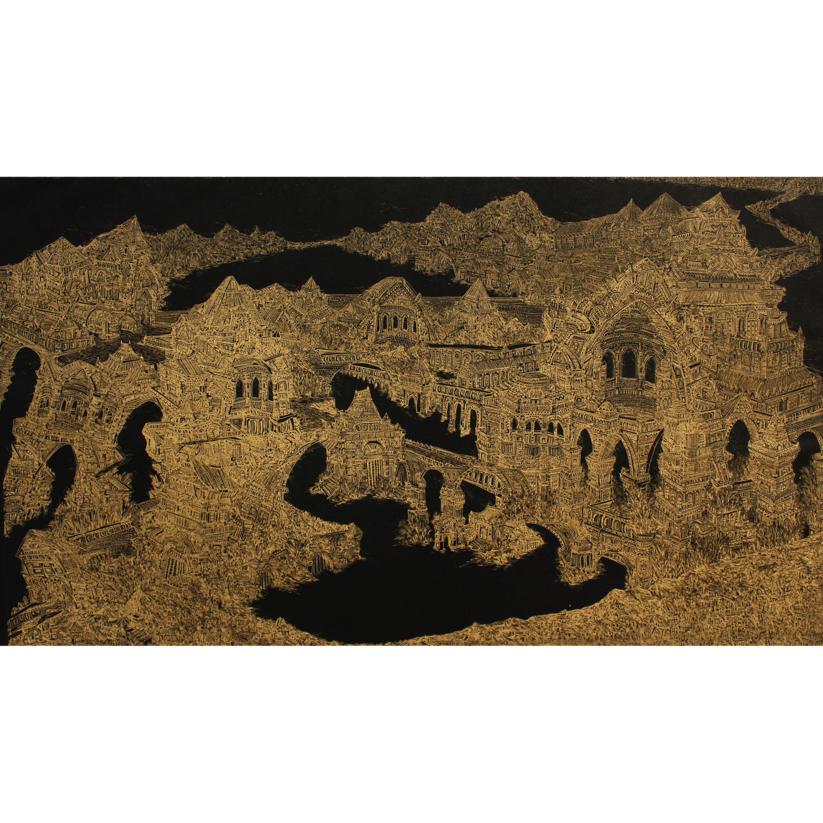 Mahesh Nirantare: When art births itself into abstraction

There is a unique and alluring freedom and courage in the art undertaken by Mahesh Nirantare, which he professes neither has a subject, nor has to be one. On the other hand, this is art for art’s sake — where manifestations simply flow into each other with intuition, instinct, spiritual certainty and calm. According to the artist, they begin where much of art does — in the simplest of forms, like a line or a patch of colour, or sometimes something a little more advanced, like a landscape. However, thereafter, the outlines meld into each other to create expression in abstraction, as do the colours, forming a vivid pastiche of blues, greys, browns, splashes of red, yellow, white, orange and more. In ‘Untitled 6’, for instance, one may see the beginnings of a roadway, indicative of a journey, its tumult and chaos magnified by the strange transmogrification the structure we expect begins to take. ‘Untitled 1’ treads a similar path, in that it is divided into multiple frames that explore many versions of the same pattern — but here, there is a sense of inclusion of natural elements. ‘Untitled 2’, on the other hand, is almost like a zoom lens, bringing one close to a large segment of what looks like a spoked wheel, which seems to be far from still, indicating speed and movement in the most simplistic of ways. 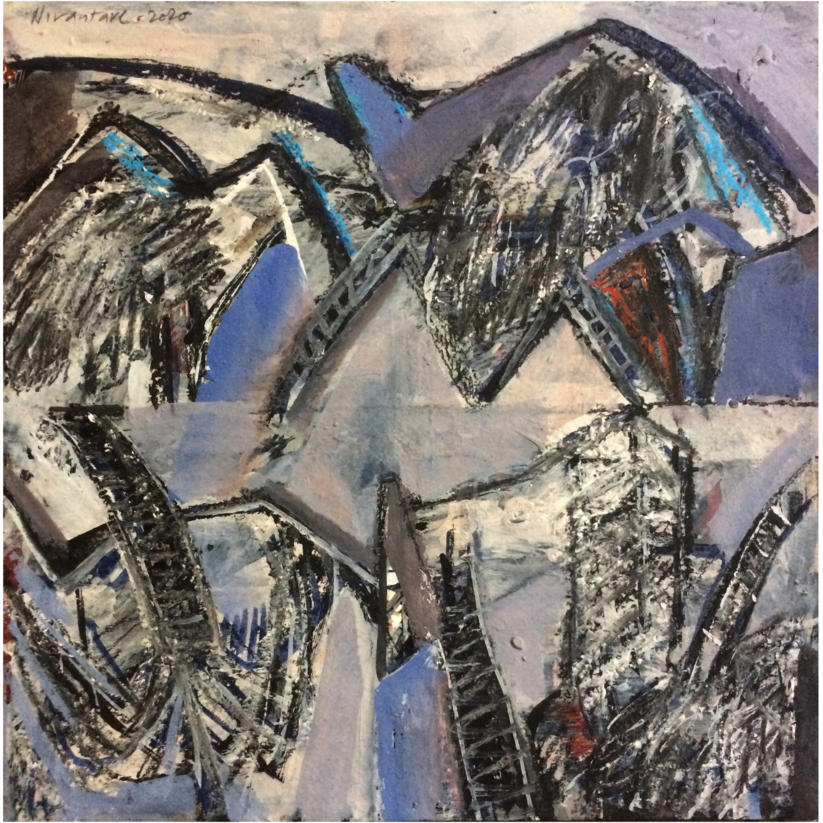 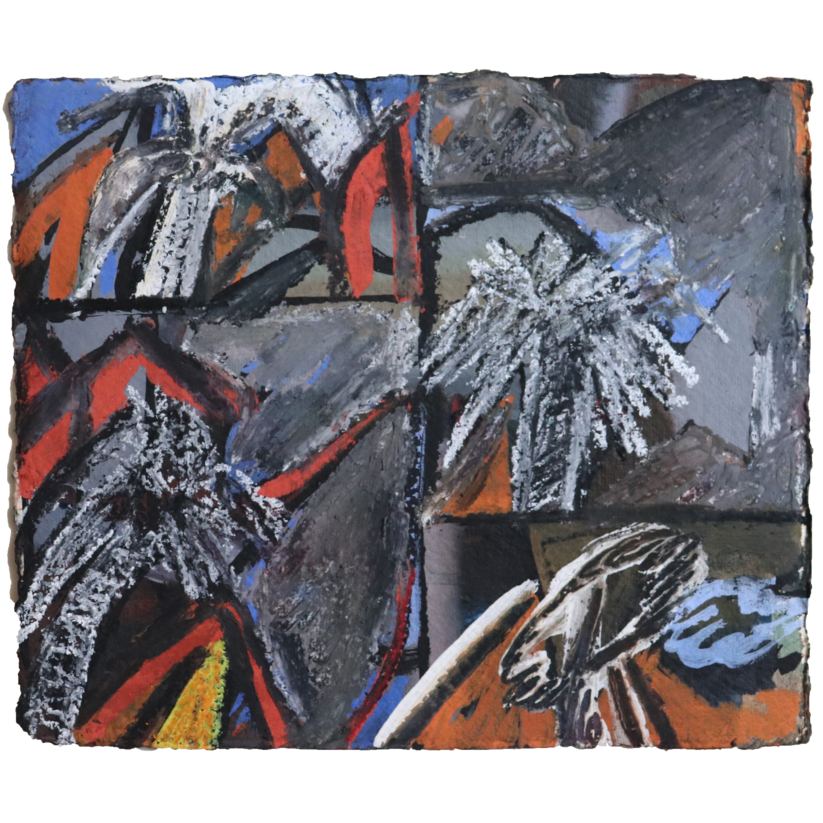 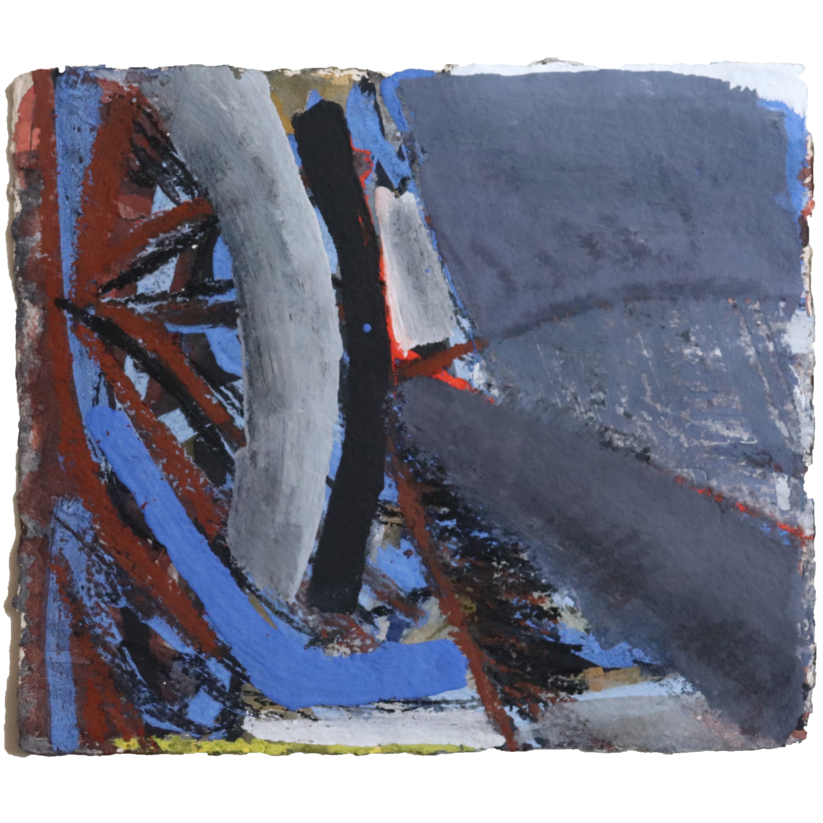 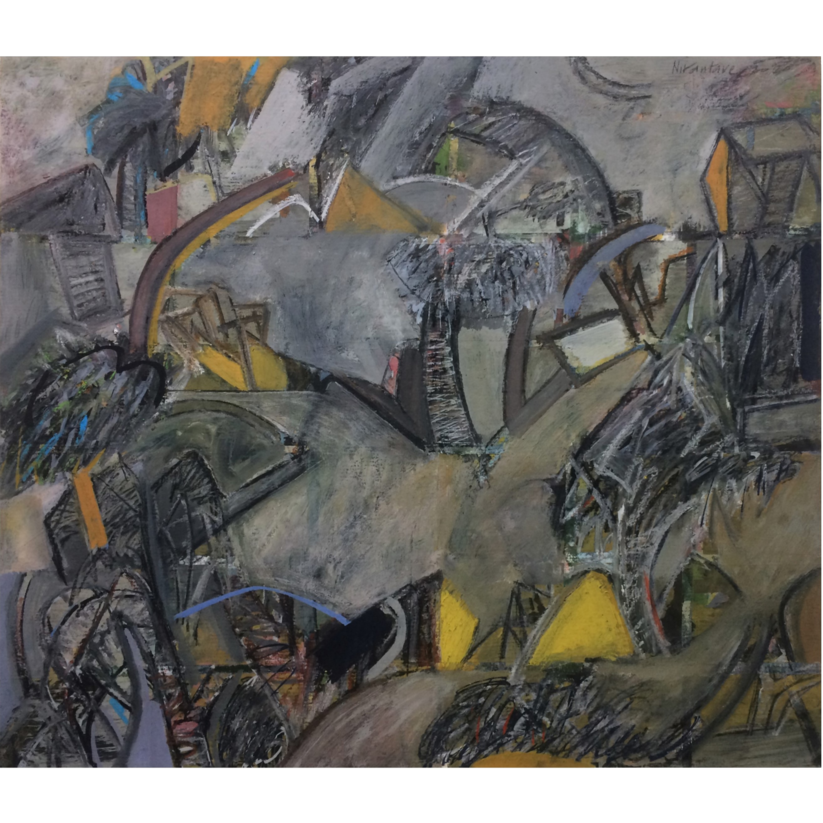 Vinit Barot: One person’s junk is another person’s treasure

Using acid and colour on metal sheets, Vinit Barot does the unique job of repurposing into beauty and fascination what the rest of the world has written off as scrap or junk. There is a wealth of material out there that human hubris tends to disregard — however, perhaps only an artist can think of imbuing raw, manmade objects with life and feeling. Several times, the forms in his pieces develop from everyday objects in his surroundings, and overlap with the influence of the behaviour of people around, depicted in a uniquely abstract manner that leaves wide room for interpretation for the observer. ‘Untitled 5’ is one of the stunning variations of this art practice. A bright wash of blue comes in slightly into the frame to meet a large swathe of browns, reminiscent of elements of water and earth combining. The fractures caused by the material used in most of the canvas remarkably evoke geological structuring. The case is similar in ‘Untitled 6’, except here, the bleakness of the colours makes for a darker interpretation. The gloss of the thick black vein through the middle is once more nearly riverine; the abstract splotches of faded off-white, and hints of blood-like red spots hidden within them contrast starkly with the backdrop. 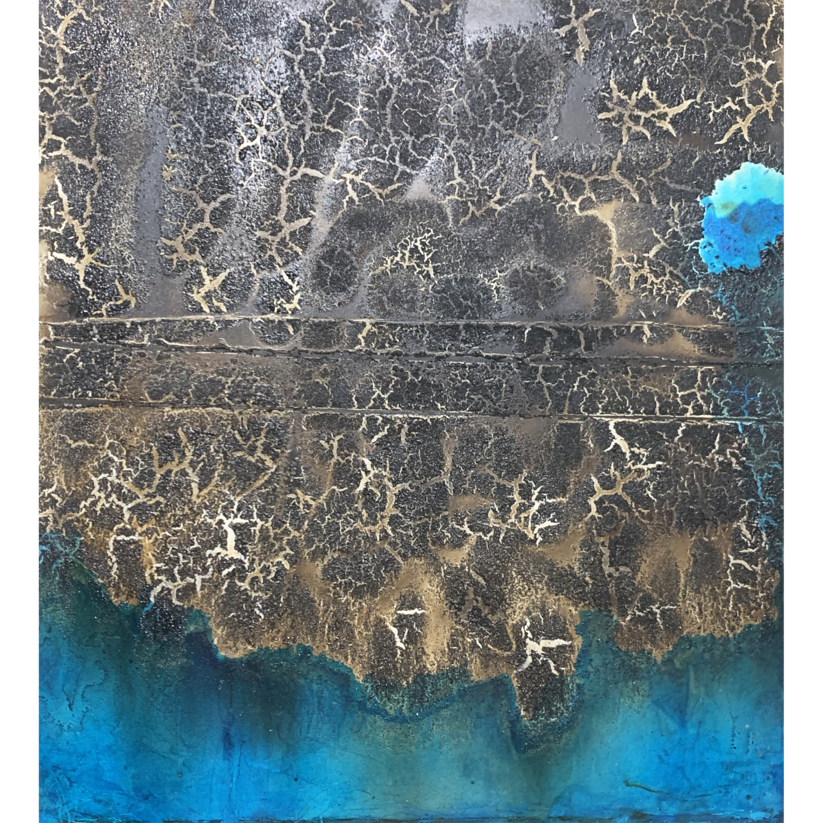 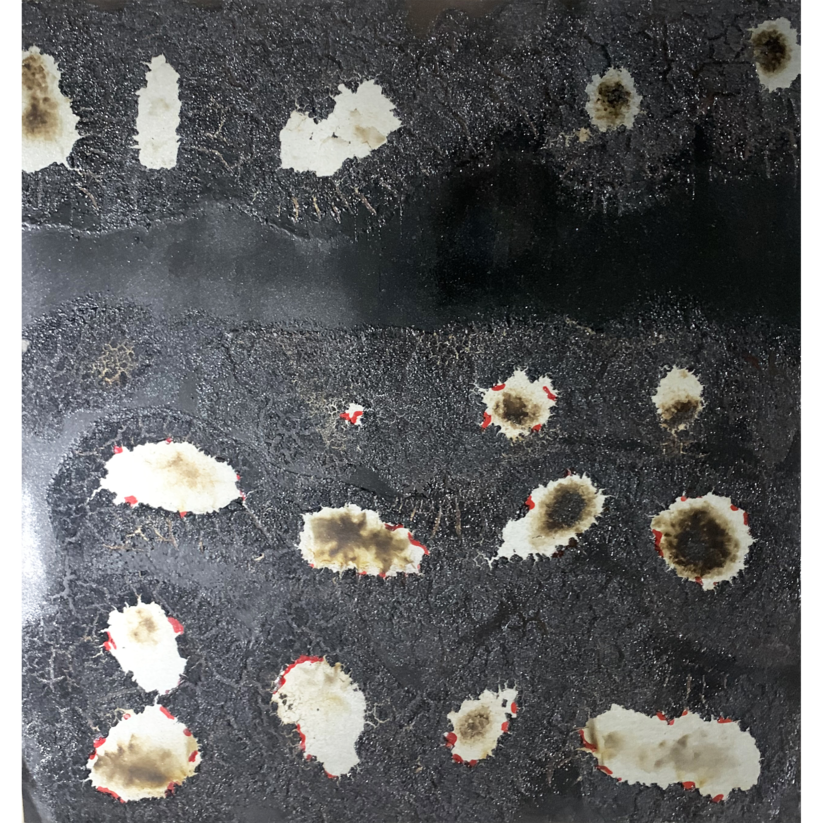 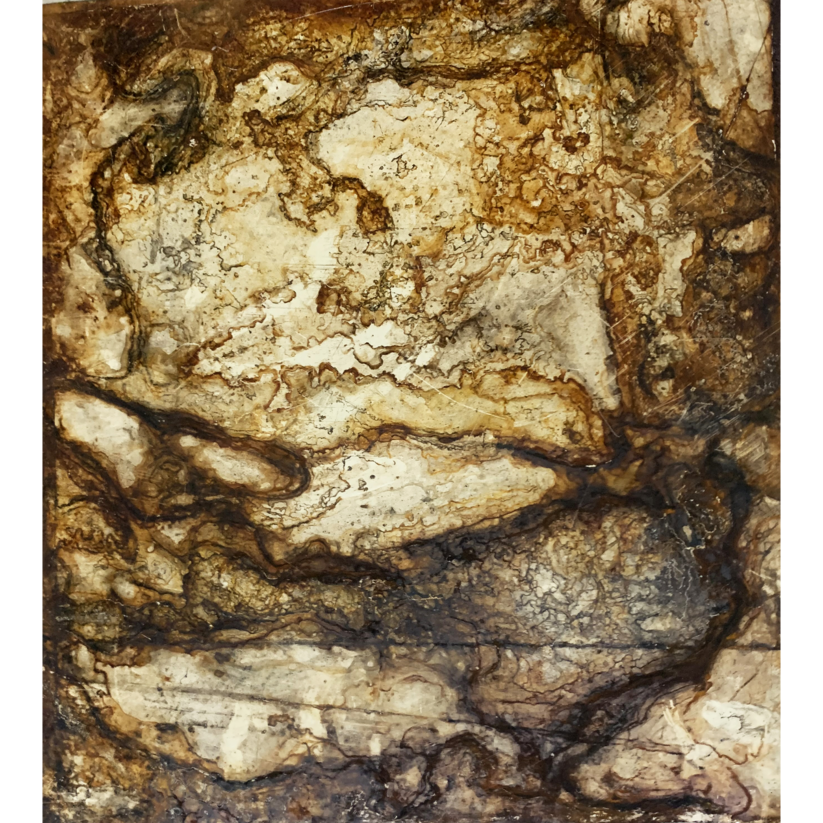 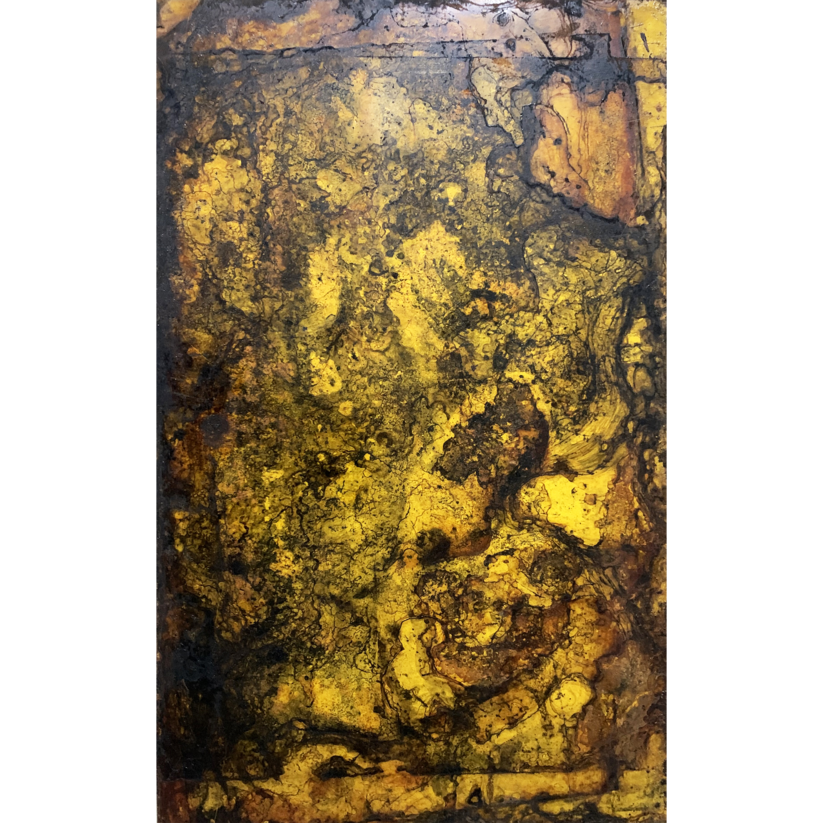 Not much could describe the art created by Digbijayee Khatua much better than calling it a time machine — he himself professes that it functions by coalescing memories of past and present experiences to become what could be described as futuristic depictions. Common themes like time, isolation, and transition are often explored in his works, and Digbijayee also strongly feels that as we progress into the age of modern technology, humans are also becoming more reminiscent of machines, harboring fewer emotions and attachments, or maybe even exploring far less extended humanitarian aspects of ourselves. This creates a somewhat complex vision as well, and the motif of the machine finds an integral centerpiece — combining both the beauty and ugliness of science. Self Build IV is a complex and enjoyable variation of this vision. The top of the frame is dominated by a forest, its trees somewhat bare and the roots seemingly dug up at some point. This ground level is also where the frame abruptly cuts and dives into a subterranean fantasy world showing a team of suited-up divers, travelling through skies on a dead tree branch that defies all laws of physics of the real world, floating atop a city of skyscrapers. The allegory doesn’t always have robotic or alienistic variations — in Self Build X, his series seems to have reached a gentler epilogue, with a bright green hillock taking centre stage, peppered with a few life forms and a human figurine atop the mound, with a huge flower in place of her head. 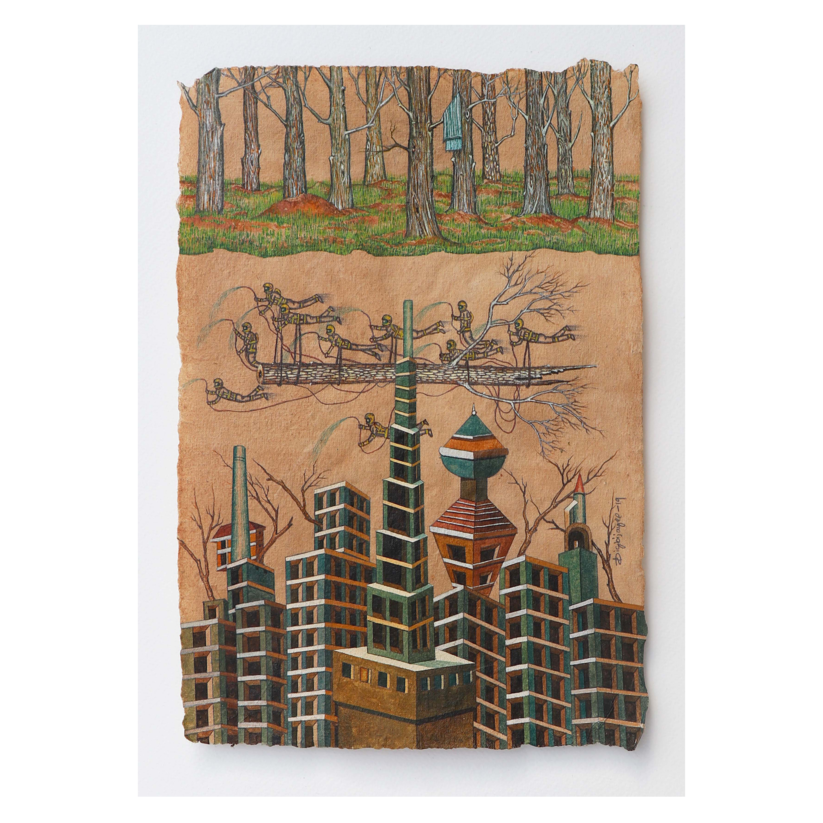 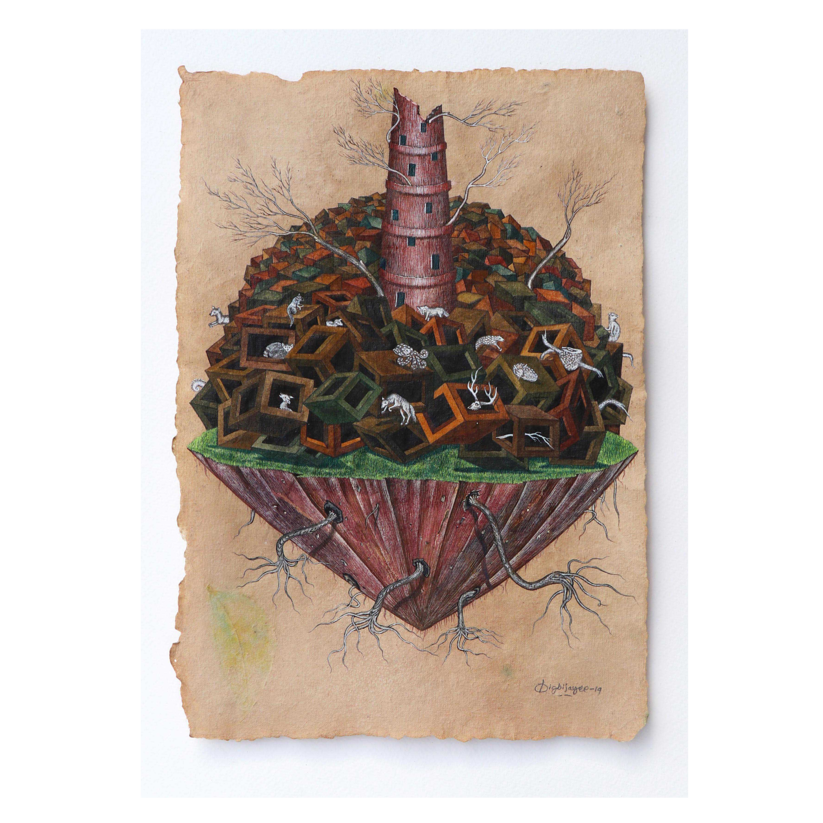 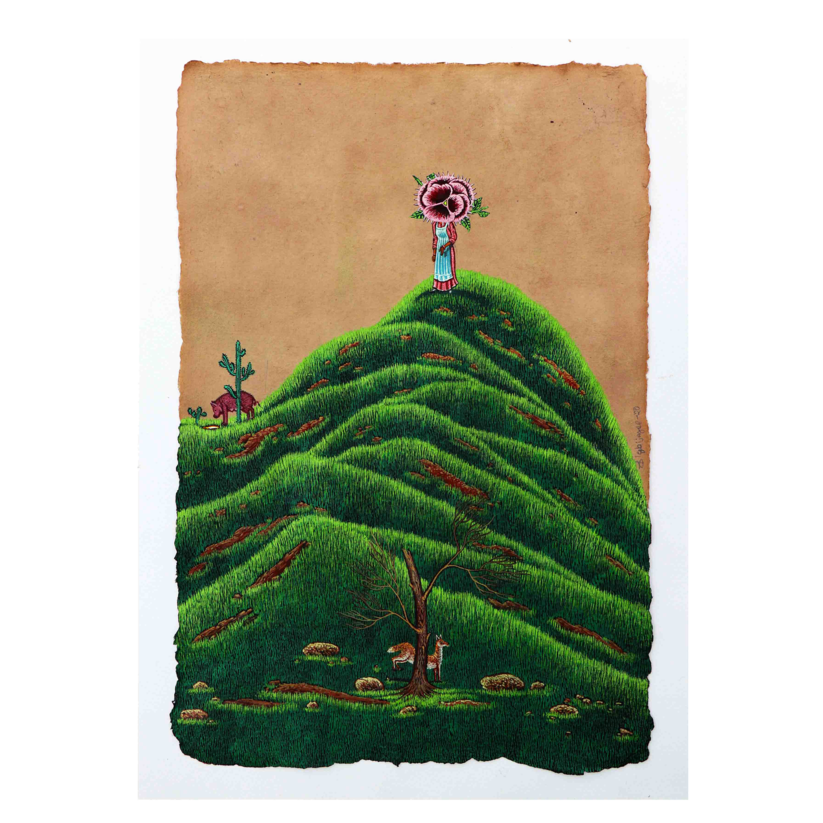 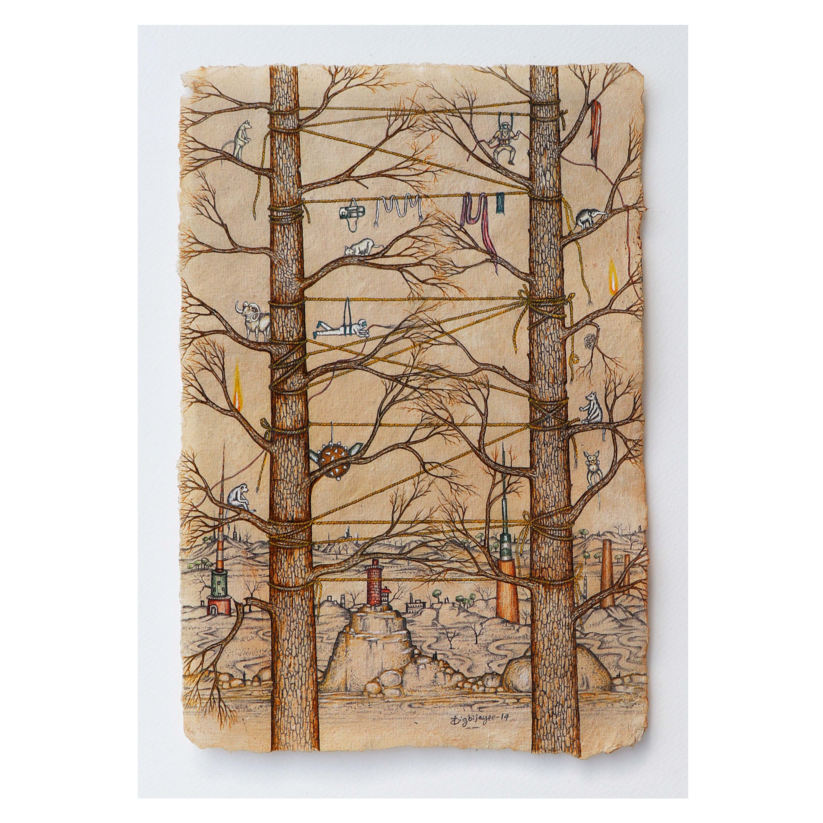