Artists of the week: Chasing reality in varied ways

Anju Paliwal harnesses inspiration from spiritual pursuits into her meticulously created stoneware ceramic, plate and inch stoneware forms. The     human body, she believes, is a sacred space and a creation in which the divine exists, which is a prominent forethought though the shapes that have come into being in her artwork. Created with a deft hand and a vision in mind, her recent works include multiple pieces with the ‘Made in India’ moniker, showcasing miniature humanoid ceramic forms attired in diverse traditional Indian costumes or clothing, as well as a series of stoneware plates with abstract desi motifs. Her ‘Lost World Charm’ sculptures are busts reminiscent of ancient art, jewellery and markings. The works also take a turn into the intensely personal, with stoneware ceramic pieces such as ‘In Conversation to Yourself’, ‘Dream and Reality’, ‘Balacing Act’, ‘Gravity of a Situation’ and ‘Protruding Thoughts’ depicting a contemplative series of largely facial renderings. 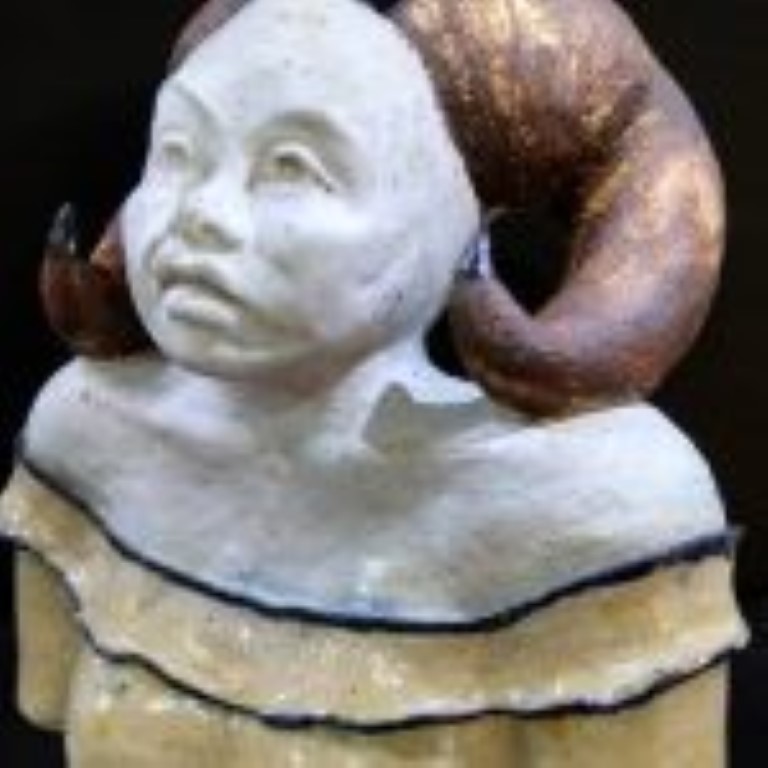 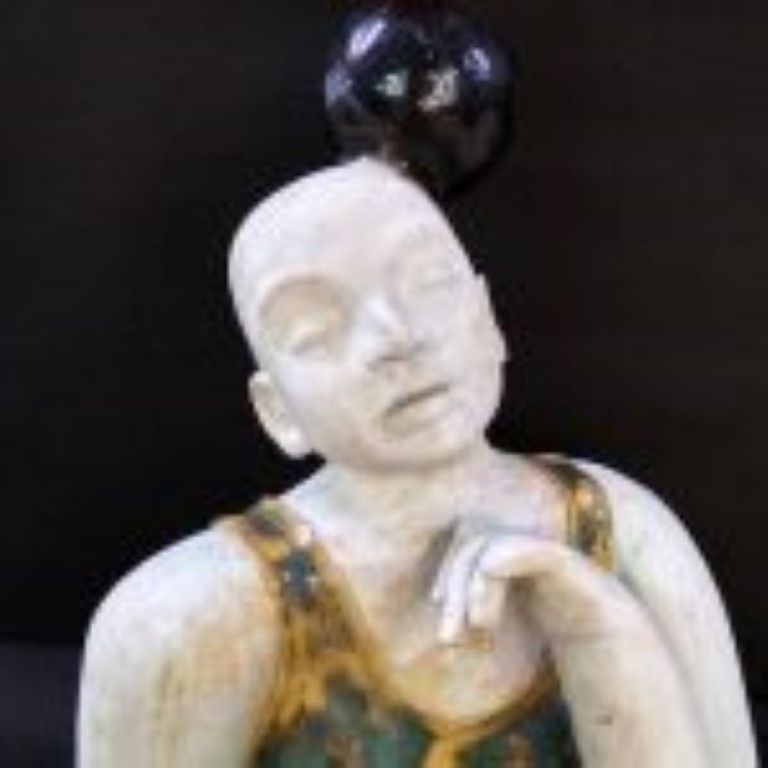 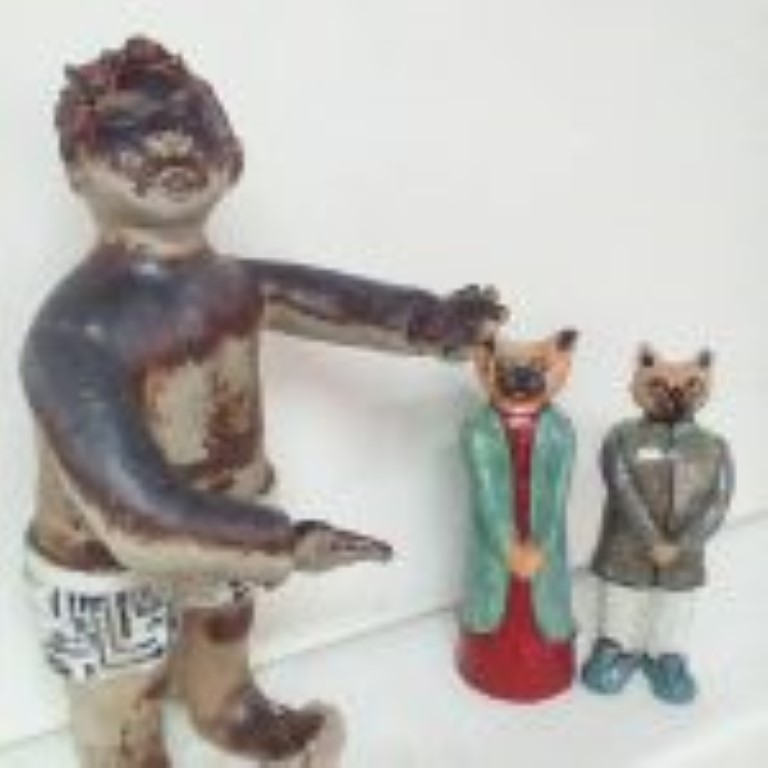 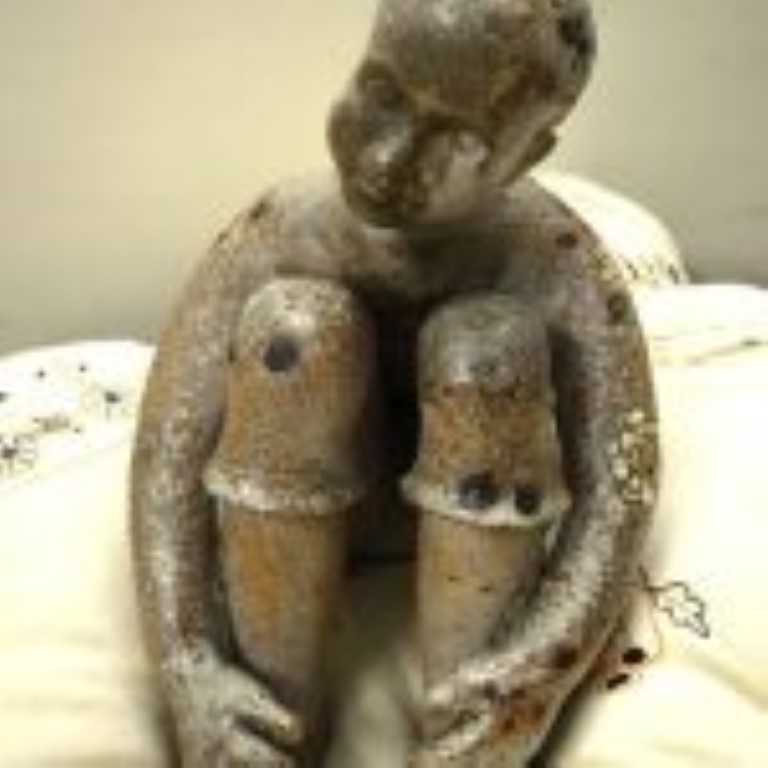 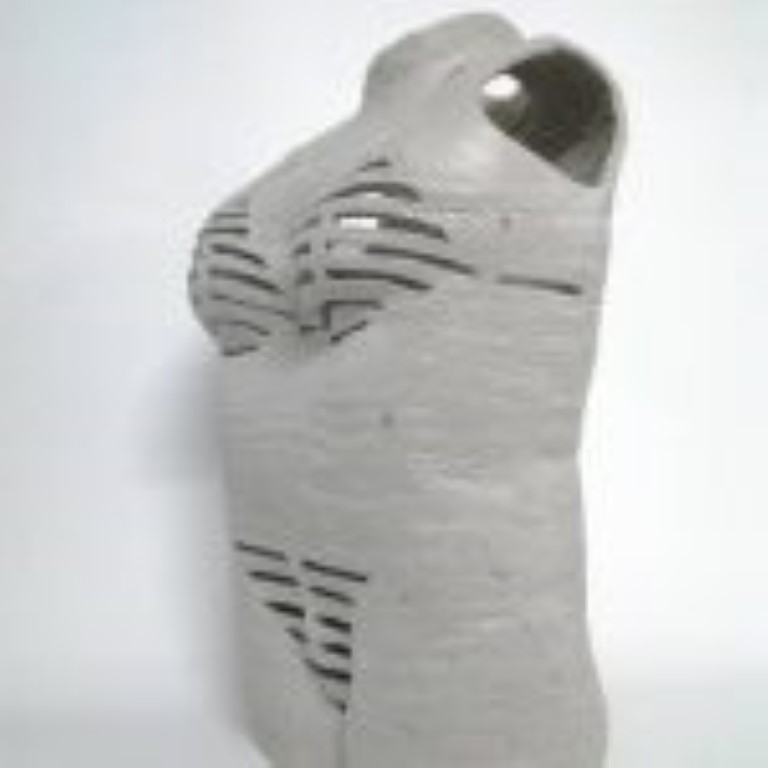 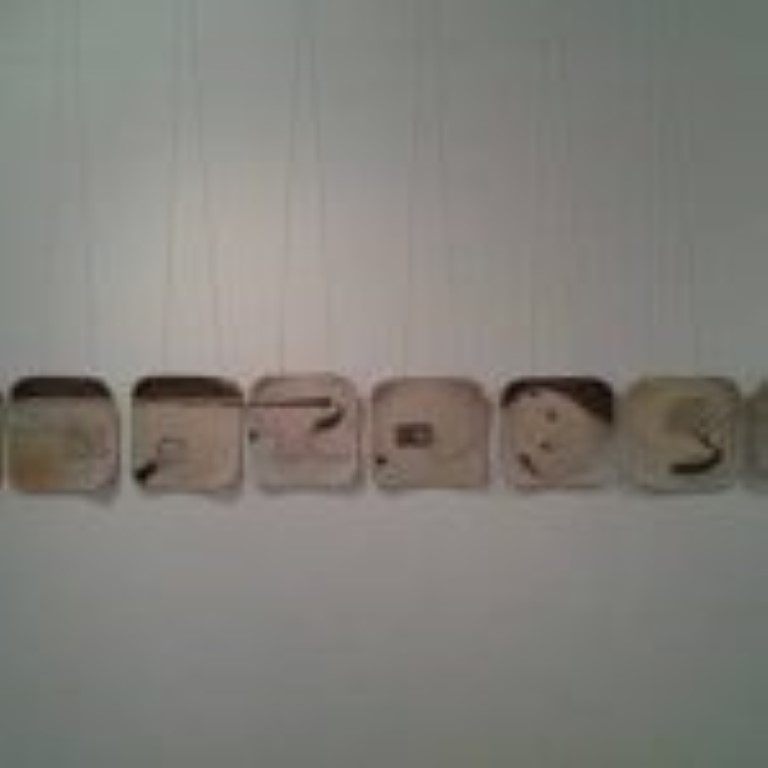 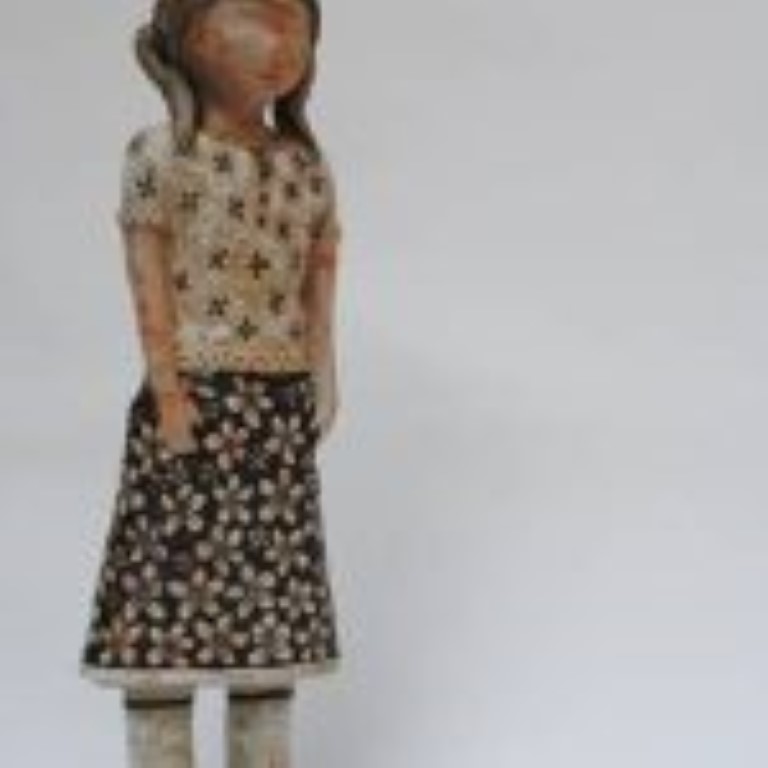 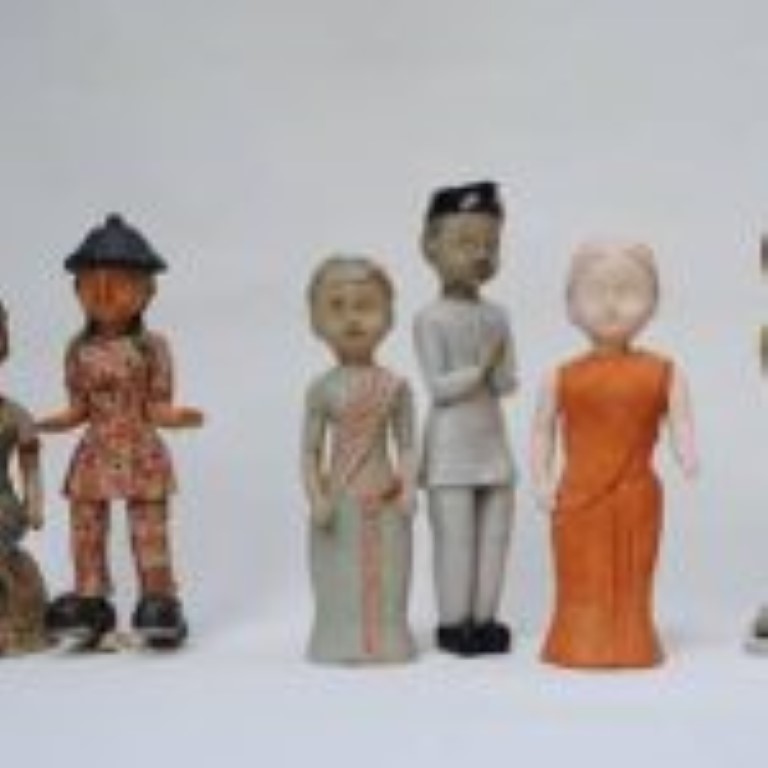 elements in his pieces. His strong impressionist style of cityscapes comes about with the use of watercolor, oil, acrylic and landscape techniques, rendering it in a surrealist manner. Cool and tranquil colors are a frequent commonality in his brush strokes — take for instance his paintings titled ‘An Early Winter Morning in Kolkata’, which are populated by hues of blue that almost draw the audience in to the chill of the sleet and cool, pre-dawn atmosphere, interspersed with minor iconic cultural elements that indicate the metropolitan subject. Similarly, in ‘A Wet Morning in Kolkata’, one can almost experience the fog settling into the post-colonial architecture of the landscape, glimpsing the bustle of humanity hidden just about behind. With his works titled ‘A Faded Manuscript within Reality’, the Kolkata and colonial motifs remain writ large, with the choice of tranquil colors bringing the impression of an age-worn collage steeped in nostalgia. Arup is a self-professed aficionado of communicating nuanced moments in the framework of a traditional urban landscape to draw the viewer deeply into the subject of his art. 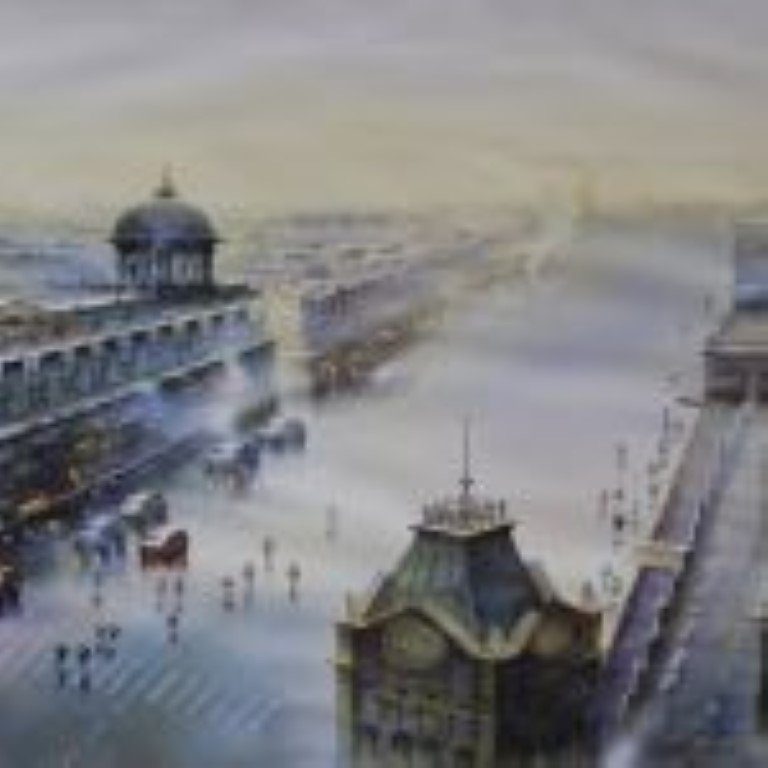 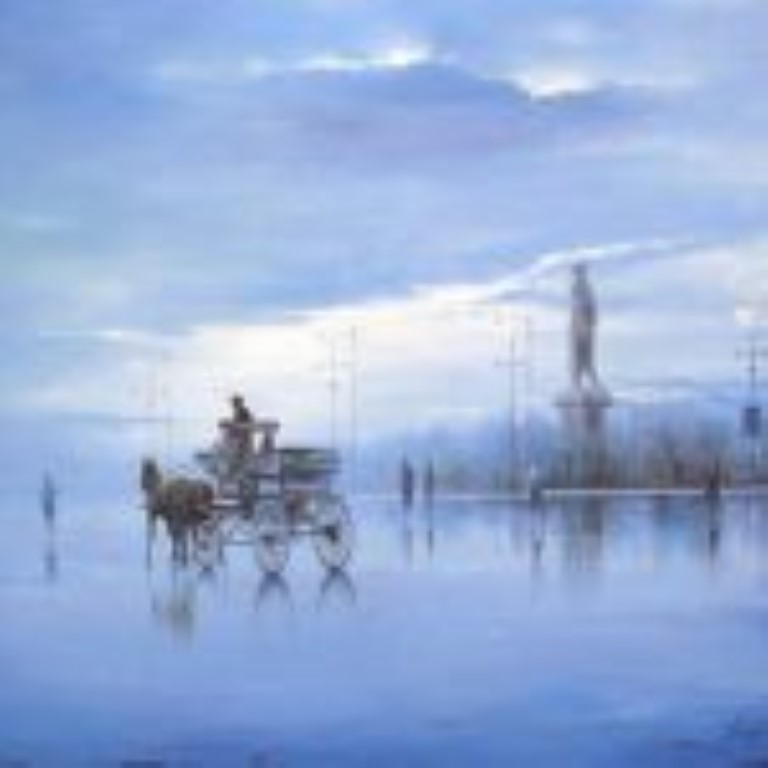 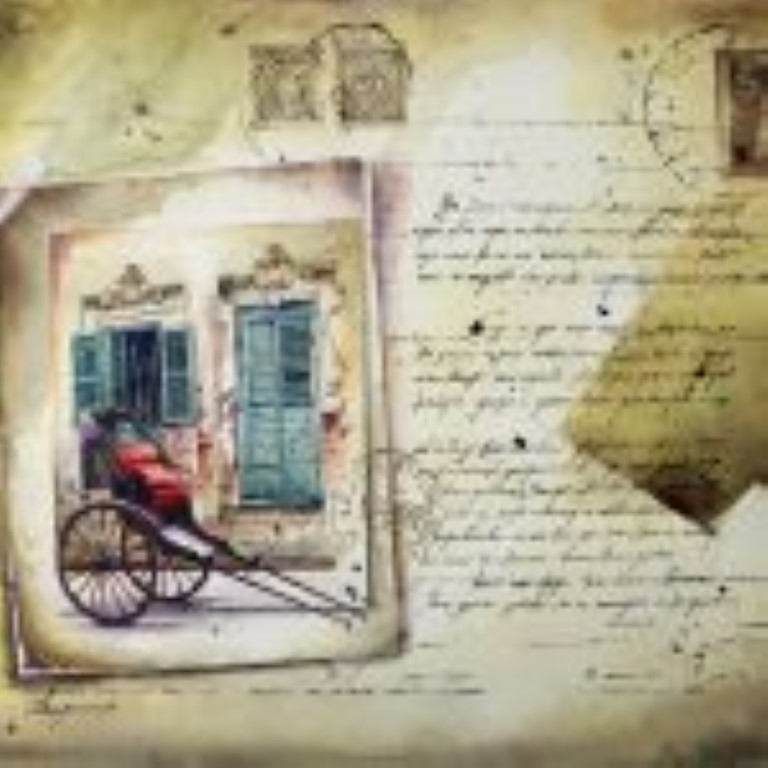 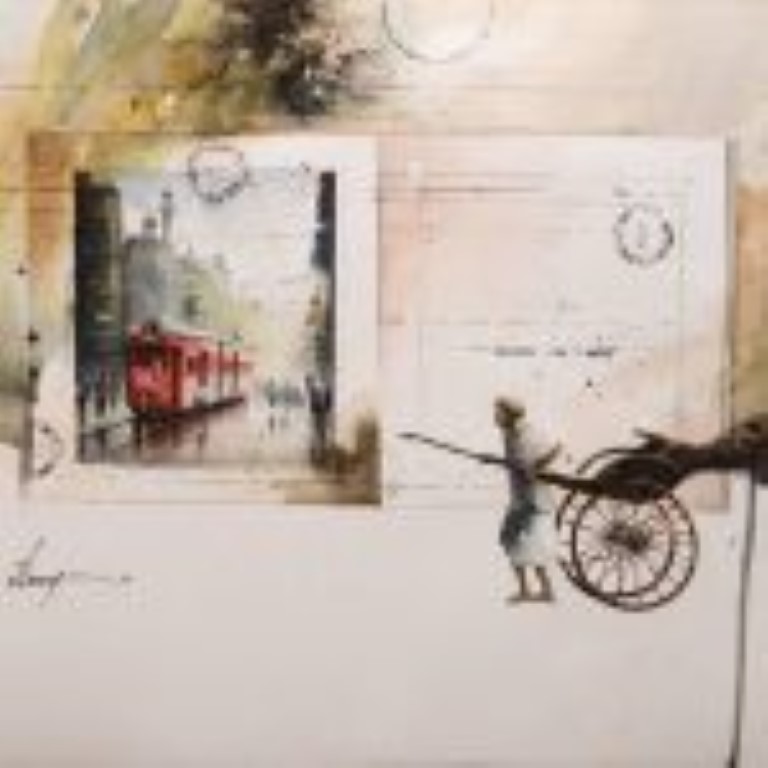 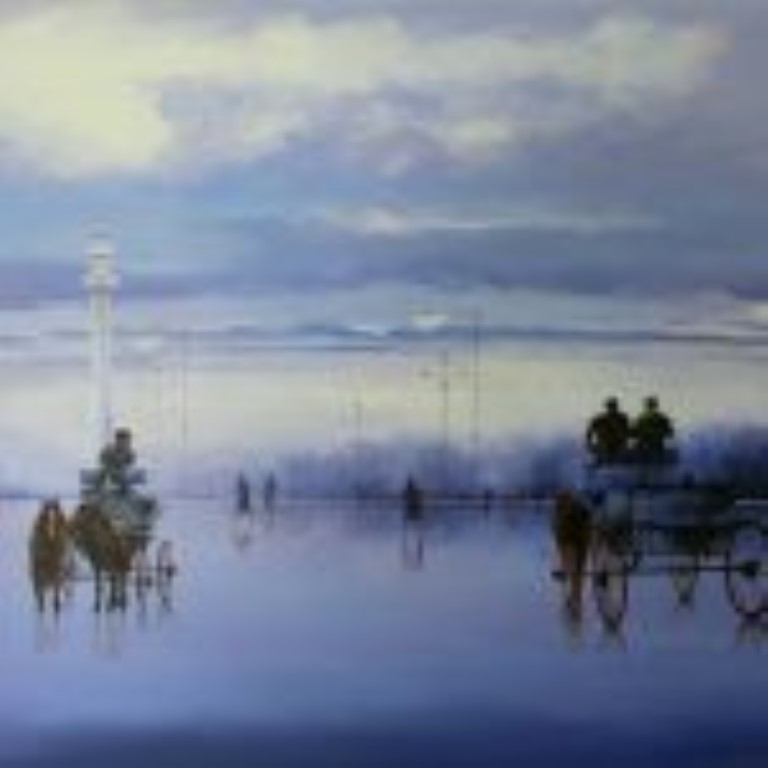 Dhaneesh T harnesses often painful memories of the past into fantasy landscapes that depict the idea of his self. The unplanned execution of his compositions results in fascinating products, which are unabashedly bold and chaotic, yet symmetrical and clear in their dark rendering. The artist explains that his pieces simply start from spaces provided by coffee wash, and images and notions are created fluently, using the material quality of charcoal. With a skilled use of this versatile medium to depict texture, shading and tone confidently, Dhaneesh produces almost apocalyptic visions, which are the crucible that tie together nostalgia and the human landscapes of the present, replete with all their infinite possibilities. 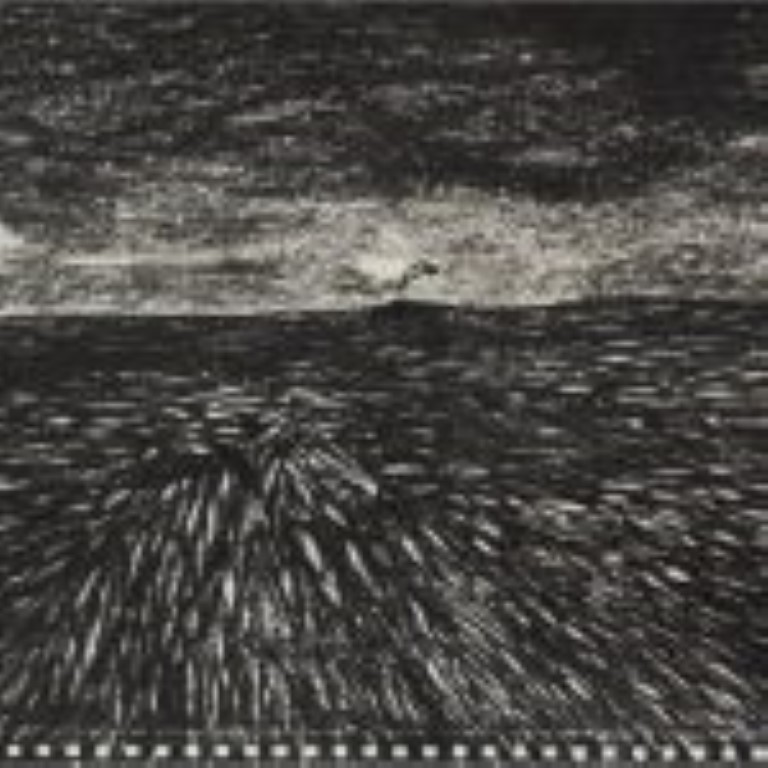 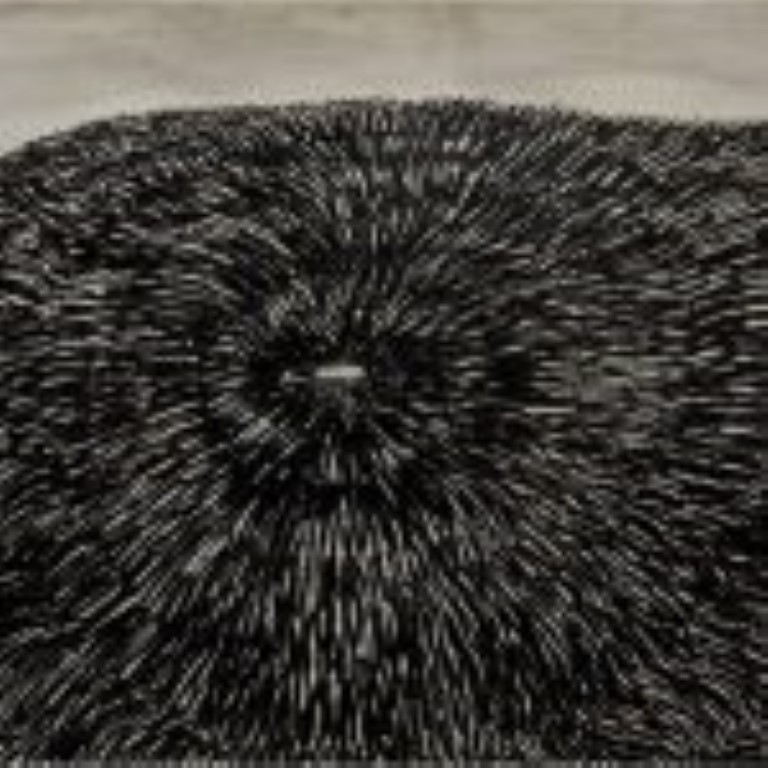 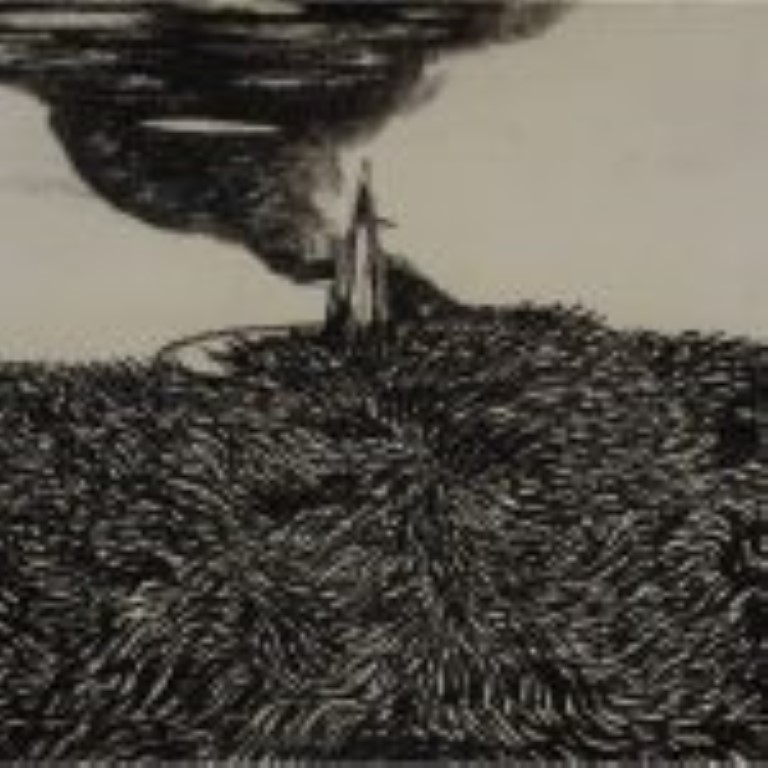 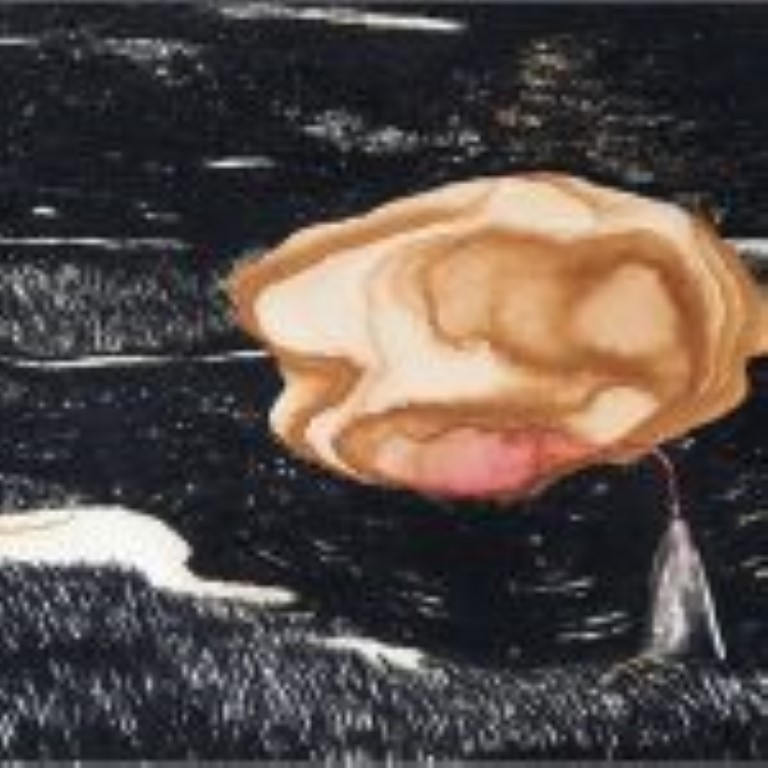 Sumedh Kishan brings to his art practice an almost wholly unique concept and vision. His inspiration lies in the reflection of time, practically

visualized in the tell-tale signs that are left behind on the walls that bear witness to the inexorable march of time. The title of his art series reflects as much — ‘Remains’, as he calls it, primarily uses acrylic wall putty on plywood to showcase various marks left on walls, ranging from diya marks to incense stick marks or fixtures, all witness to memories. The nature of this nostalgia is open to perception, but their remnants on dark shadowy walls are brought to life from varied angles, acquiring the textures of layers of wall paint and finally becoming a recreation of the surface that represents a continuous past bringing its presence into the now. 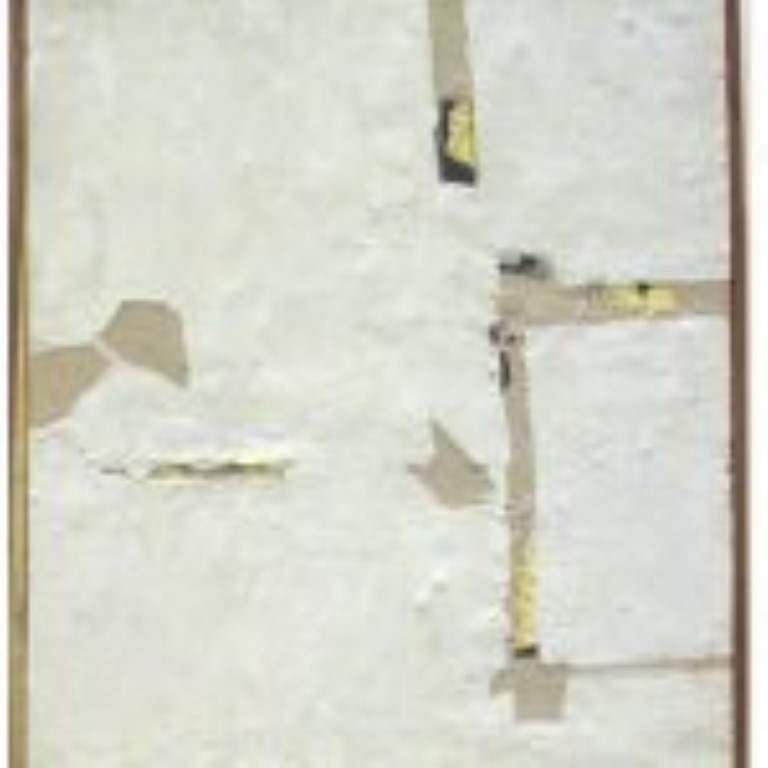 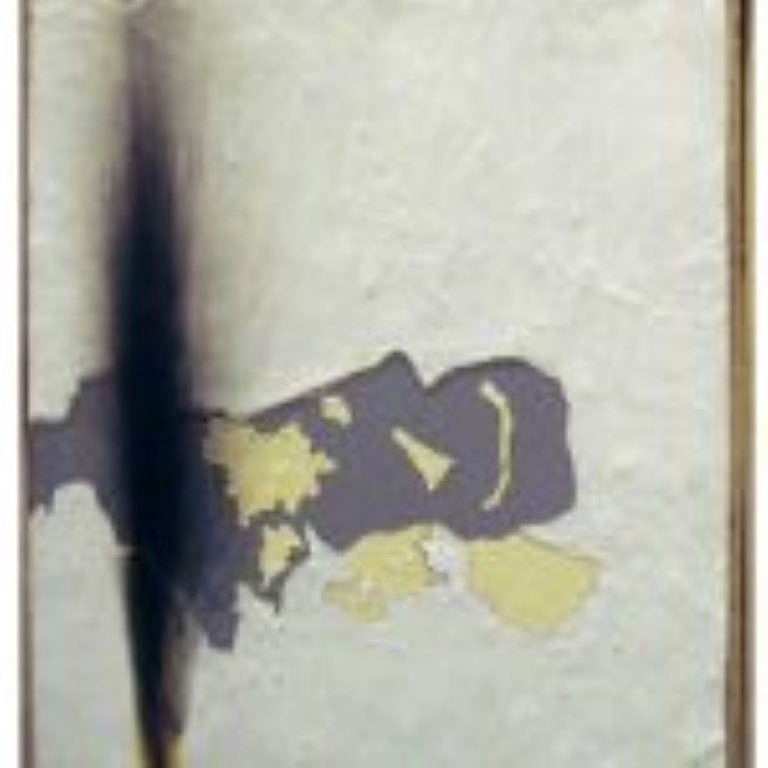 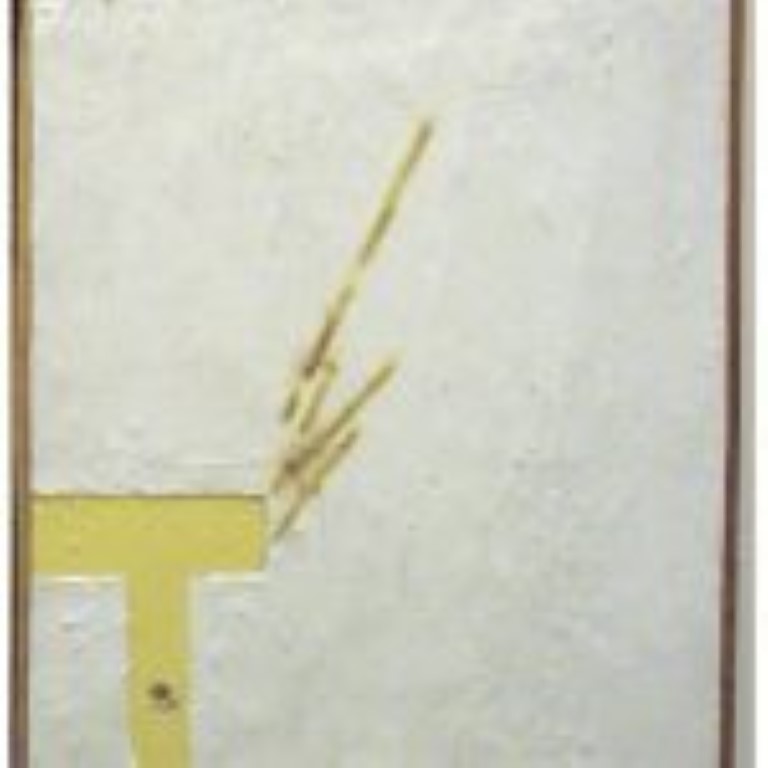 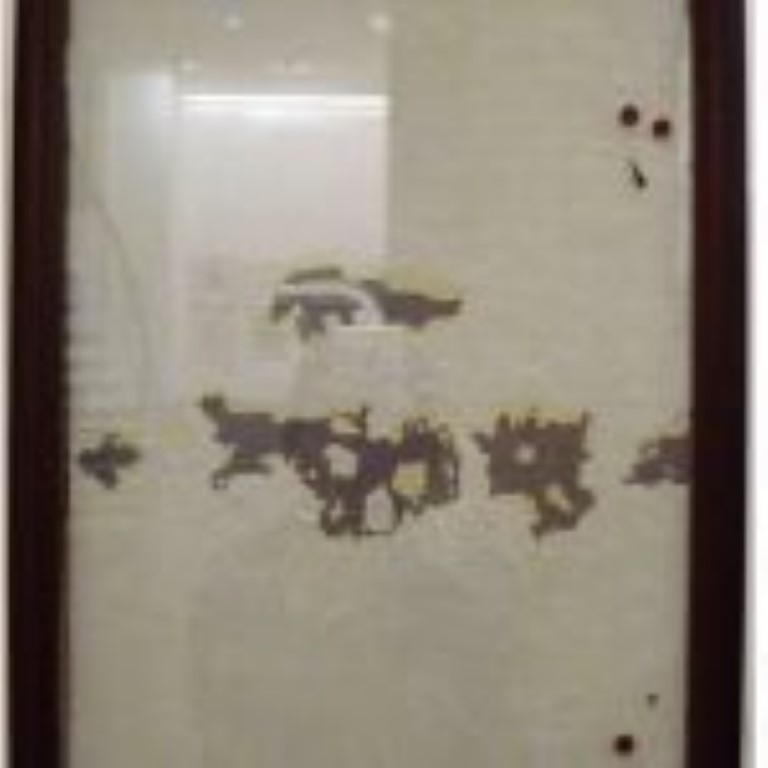 View More >>
We use cookies on our website to give you the most relevant experience by remembering your preferences and repeat visits. By clicking “Accept All”, you consent to the use of ALL the cookies. However, you may visit "Cookie Settings" to provide a controlled consent.
Cookie SettingsAccept All
Manage consent