Their identity has been a closely guarded secret for decades now — but the name Banksy is synonymous with provocative, cutting-edge, revolutionary street art across the world. Reportedly based in Bristol in the United Kingdom (UK), Banksy has been the creator of some of the most politically charged “anarchic and poignant” pieces on the planet today, and has yet managed to remain wholly anonymous for all these years.

But what’s changed the game for this graffiti maestro just this week in our post-Covid reality is a gesture from the heart. On Tuesday — exactly one year to the day that the UK first went into lockdown — famed auction house Christie’s raised a record $23.2 million (16.8 million pounds or €19.4 million) when it sold Banksy’s ‘Game Changer’ painting, all of which is to be rerouted as funds to health organizations and charities across the country in a bid to honour their efforts throughout this unprecedented pandemic. 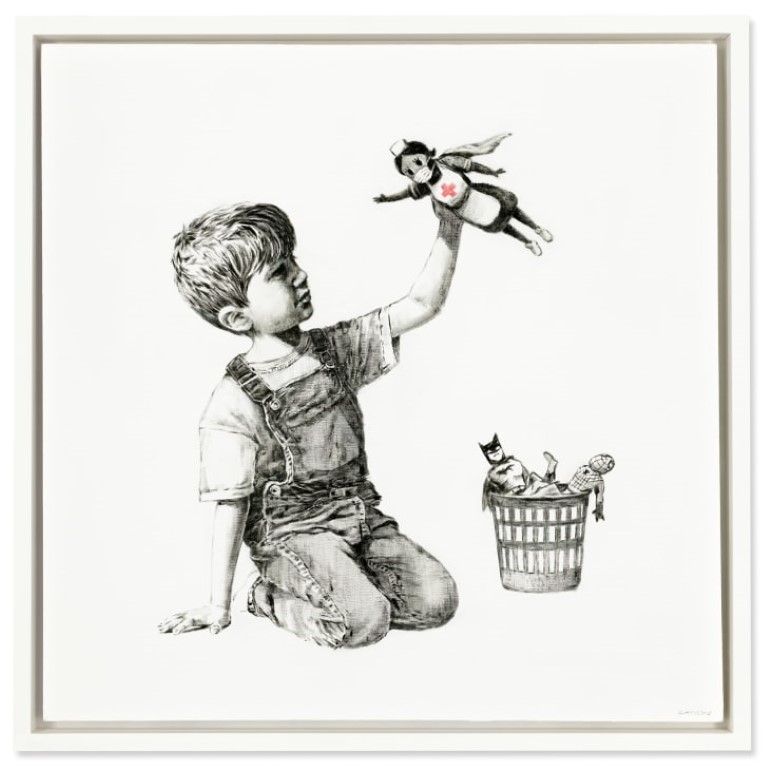 ‘Not all superheroes wear capes’ summarises the spirit of the piece. Painted mostly in monochrome tones and measuring one metre square, the work shows a young boy in dungarees playing with a doll dressed in an old fashioned nurse’s uniform complete with a red cross on her chest, a face mask and a cape. He makes her fly in his raised hand, while nearby, figurines of comic book superheroes Batman and Spiderman (egalitarian hat-tip to DC and Marvel) lie forgotten in a wastepaper basket on the floor.

The original Banksy first appeared at the Southampton General Hospital in May 2020, during the first wave of the pandemic in the UK, in the foyer near the emergency department. Here as well, it was accompanied by a note that said: “Thanks for all you’re doing. I hope this brightens the place up a bit, even if it’s only black and white.”

After the sale, the original has been replaced by a reproduction, which now hangs in the same spot on the hospital premises. Interestingly, just two days after it was first installed, the original work was almost stolen by a man who walked into the ward with a drill! Luckily, he was caught by security and removed from the premises. The work went on to receive heartfelt praise from hospital workers from Southampton and beyond, besides some 2.8 million likes and over 30,000 comments on Instagram. 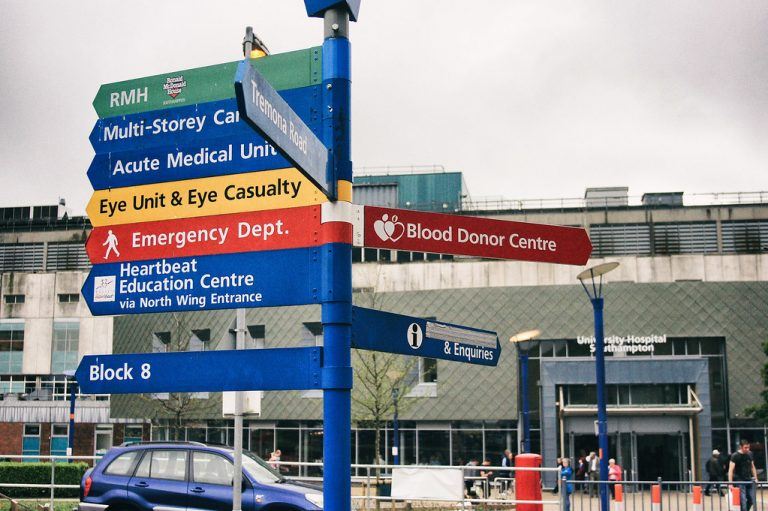 The sale of Game Changer comes shortly after the UK department of health and social care’s recommendation of a paltry 1 per cent pay hike for National Health Service (NHS) staff. Protests broke out after this announcement, with nurses demanding fair pay and decrying past empty gestures of gratitude like clapping and cheering from doorsteps, with slogans shouting, “Claps don’t pay bills!”

Even now, the proceeds of the sale may not go to NHS staff directly, but it is hoped that the money will help improve overall conditions for heavily underfunded health workers across the country. All proceeds from the latest sale, it was reported, are to be used to support the wellbeing of University Southampton Hospital staff and patients. Other reported that Christie’s said it will donate a “significant portion” of the buyer’s premium to health organizations and charities across the UK. Either way, the case is similar to Banksy’s oil painting Devolved Parliament in 2019, which was auctioned off for a whopping £9.9 million, for which Banksy took no money.

But meanwhile, opportunists around the world have already immediately taken the image and turned it into a print, with some online galleries offering to pay just 25 per cent of sales to local health charities. Banksy himself has announced no plans to turn this now iconic image into a print.

This is by no means Banksy’s first charity sale. The artist has a long history of generosity, producing and selling artworks to benefit the homeless, refugees, and terrorism victims. He has also unveiled other pandemic-inspired murals around Bristol, Nottingham and at Reading Gaol. 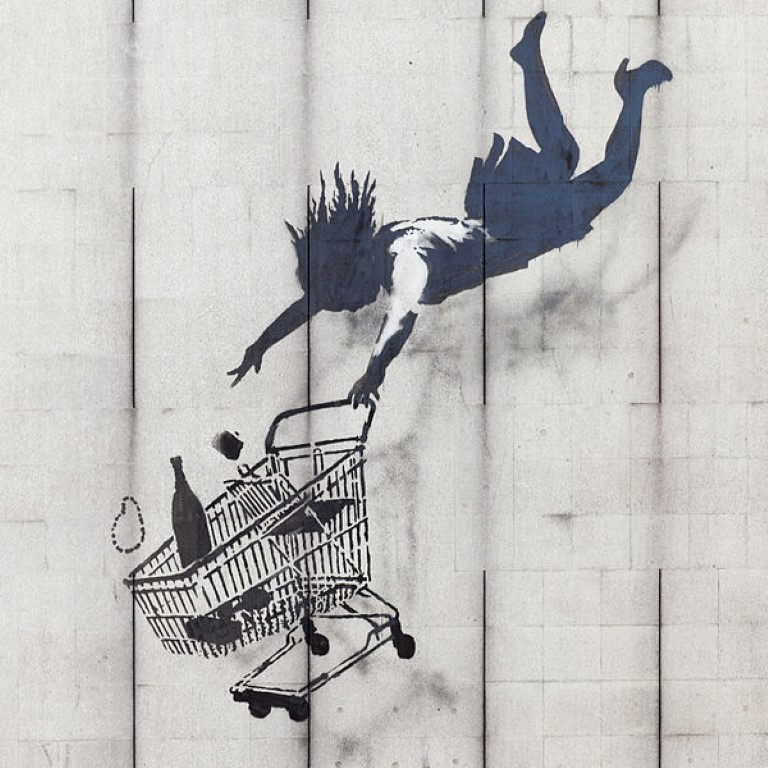 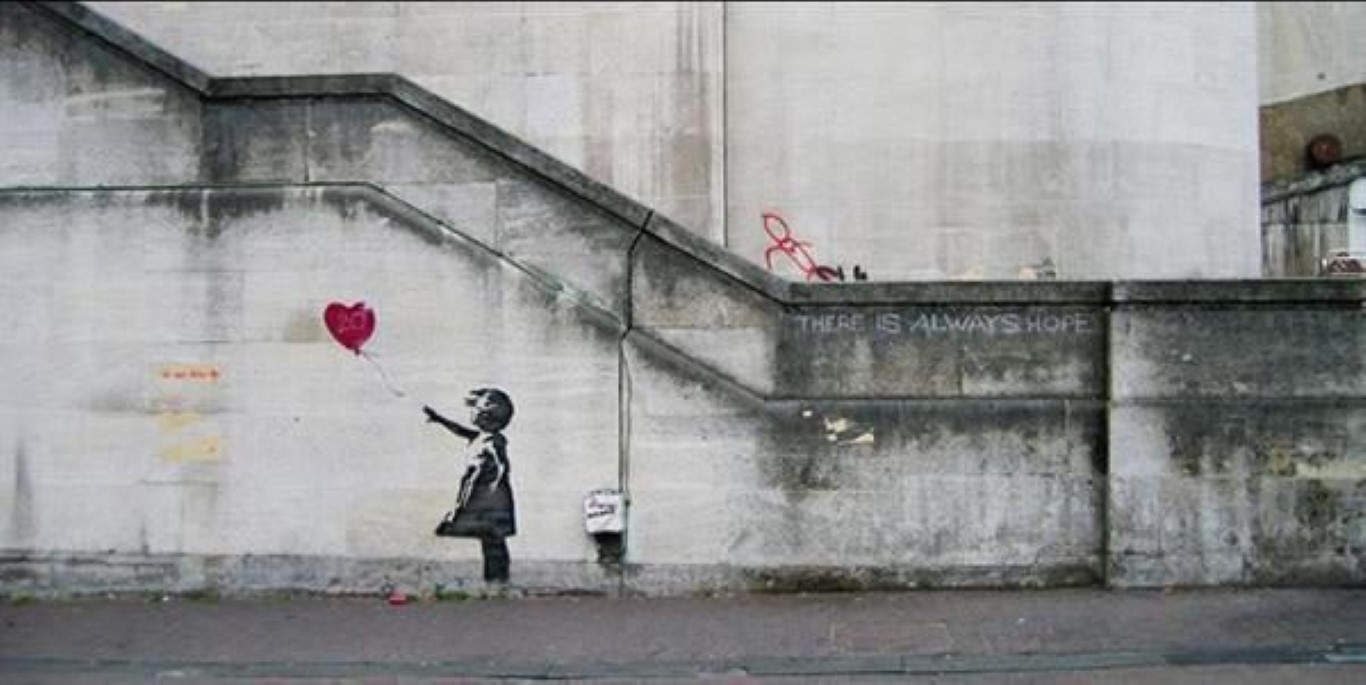 World’s largest painting sold! (And a billionaire setting up an NFT e-gallery)The artist as an evil person: Do we celebrate the art or vilify it?