Bernd Fasching: The Austrian painter who ‘involves’ viewers in his art practice

by adminin On This Daytags: Austria, Bernd Fasching, sculptor, sculptures

Bernd Fasching, born 18 July 1955 in Vienna, Austria, is an Austrian painter and sculptor best known for his art practice that seeks to actively involve the viewer in the shaping of his projects. While he lives and works in Vienna, he has taken his experimental exhibitions across the globe. In particular, the series called ‘Twelve Days and Twelve Nights’ developed over a span of more than a decade and was conceived as well as exhibited in Vienna (1987), Amsterdam (1990), Cologne (1991), Zurich (1992), Jerusalem (1994), New York (1997) and finally Vienna again (2006). 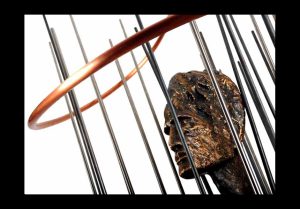 For the entire period, at each venue, Fasching stayed put at his workshop, sleeping and eating at the studio. Viewers were encouraged to have free-wheeling conversations about his work with him. Their personal viewpoints or suggestions marked a deep influence on how Fasching took to his work. The entire audio recordings were eventually played non-stop as part of an exhibit in 2007. In 2000 Fasching opened his project ‘Westwerk’ (a western investigation of the occidental culture) in the more than 800 years old Vienna St. Stephan’s Cathedral. The project consisted of his sculptures, paintings, and other work. 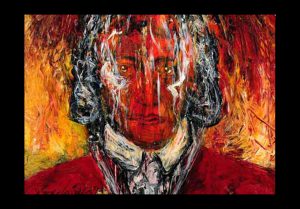 Fasching’s walk-in sculpture ‘Thor’s Hammer’, created in 1990 in the entrance hall of the Austrian Museum of Applied Arts, was also made with a similar open-door ideology with him freely welcoming inputs from visitors. Another walk-in sculpture in the Dominican Republic created between 1996 and 1997 called ‘Terra Nova’ depicted Christopher Columbus’s discovery of the Americas and the subsequent massacre of the natives. For his next series, ‘Tools’, Fasching created a sculpture of each of the tools required for sculpturing a monument. He revised a bronze sculpture from this series to turn it into the Diva Award, an Austrian prize for sensational real-estate projects. It has been awarded annually since its creation in 2002 and Bernd Fasching is one of the jury members. 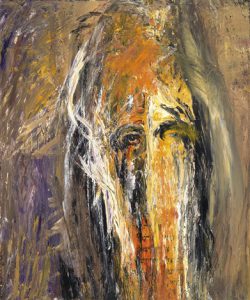 Anjolie Ela Menon, the Indian contemporary artist who has helmed artistic reinvention for decadesDocumenta Head Resigns amid Scandal; and Two More Art Stories from Around the World