Disguised as old lady, man throws dessert on the Mona Lisa in Louvre

Bulletproof glass protected the 16th century masterpiece from damage, even as the attacker was escorted out by security while espousing against climate change

A man disguised as a wheelchair-bound elderly lady attacked what is probably the most famous painting in the world on Sunday. Leonardo da Vinci’s masterpiece, the Mona Lisa — often the main attraction for those who visit the Louvre Museum in Paris — was almost smeared with cake by the so-called climate change warrior. However, he just managed to get the dessert all over the bulletproof glass that protects the painting, and then threw roses on the floor. He reportedly jumped off the wheelchair and first tried to break the bulletproof glass barrier around the painting. As he got messy with the cake, he was tackled down by security.

A sea of phone cameras immediately began recording the events, as the shocked people in the room tried to register what had just happened. These scenes, which have gone viral online, show the man being escorted out by museum security, and addressing the recorders with assertions about the importance of environmental protection.

Guards were then filmed cleaning the smeared cream from the glass. 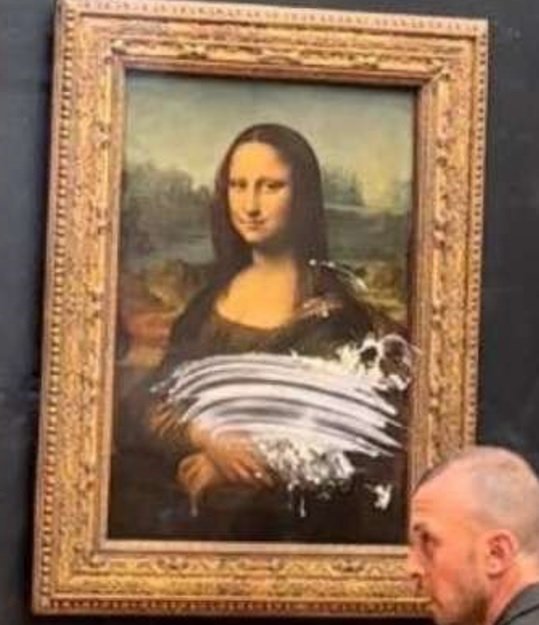 Eyewitnesses said the man was disguised as an old lady, wore a wig and lipstick, and rode through the museum in the wheelchair. It is still unclear what his motive was and how he had managed to sneak the cake in. As per the BBC, the 36-year-old man was later arrested and placed in psychiatric care.

Officials at the Louvre Museum in Paris, where the enigmatic portrait holds pride of place, declined to comment on the bizarre incident. An inquiry into “an attempt to vandalise a cultural work” has been opened, the Paris prosecutor’s office said.

The painting did not seem to have endured any reported damage. 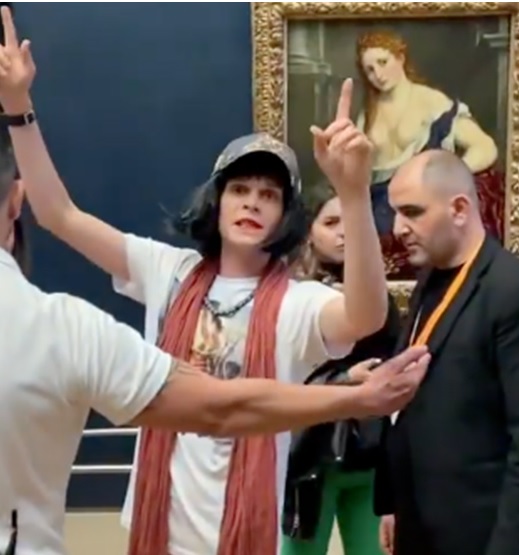 But, this is not the first time La Joconde (Mona Lisa) has been targeted. The 16th century painting, showcasing the esoteric smile of a beautiful woman drawn by the Renaissance master himself, has been behind glass since a Bolivian man threw a rock at it in December 1956, damaging her left elbow. It is said that it was also damaged in an acid attack perpetrated by a vandal in the 1950s. Before that, in 1911, the painting was stolen by a museum employee, catapulting its international fame.

In 2005, it was placed in a reinforced case that also controls temperature and humidity. In 2009, a Russian woman (angry at not being able to get French citizenship) threw an empty ceramic teacup at the painting, which slightly scratched the case and smashed the cup.

The Louvre is the largest museum in the world, housing hundreds of thousands of works that attracted some 10 million visitors a year before the Covid-19 pandemic. 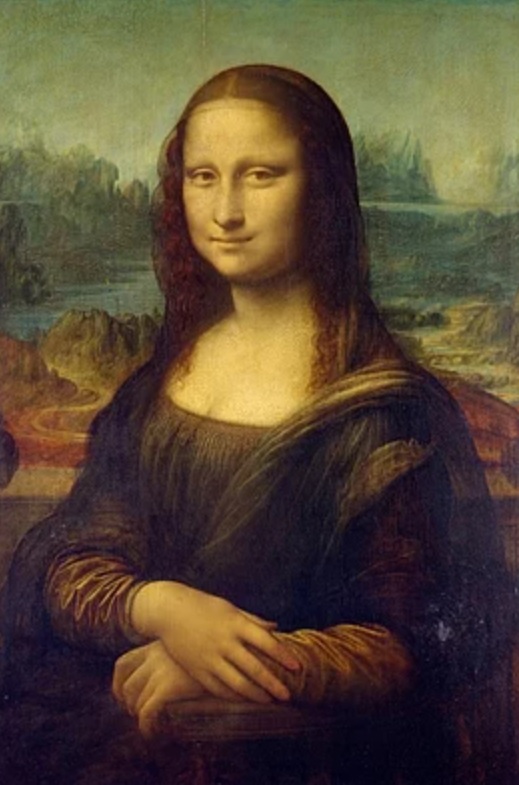 ‘Basquiat painting’ in Orlando under FBI scrutiny; in New York, couple tries to casually walk away with his $45,000 paintingJahar Dasgupta, a significant contributor of the modernist art movement in Bengal