Artist Vasudevan Akkitham weighs in about disruption in the art practice, and whether contemporary art is truly creating a language of its own 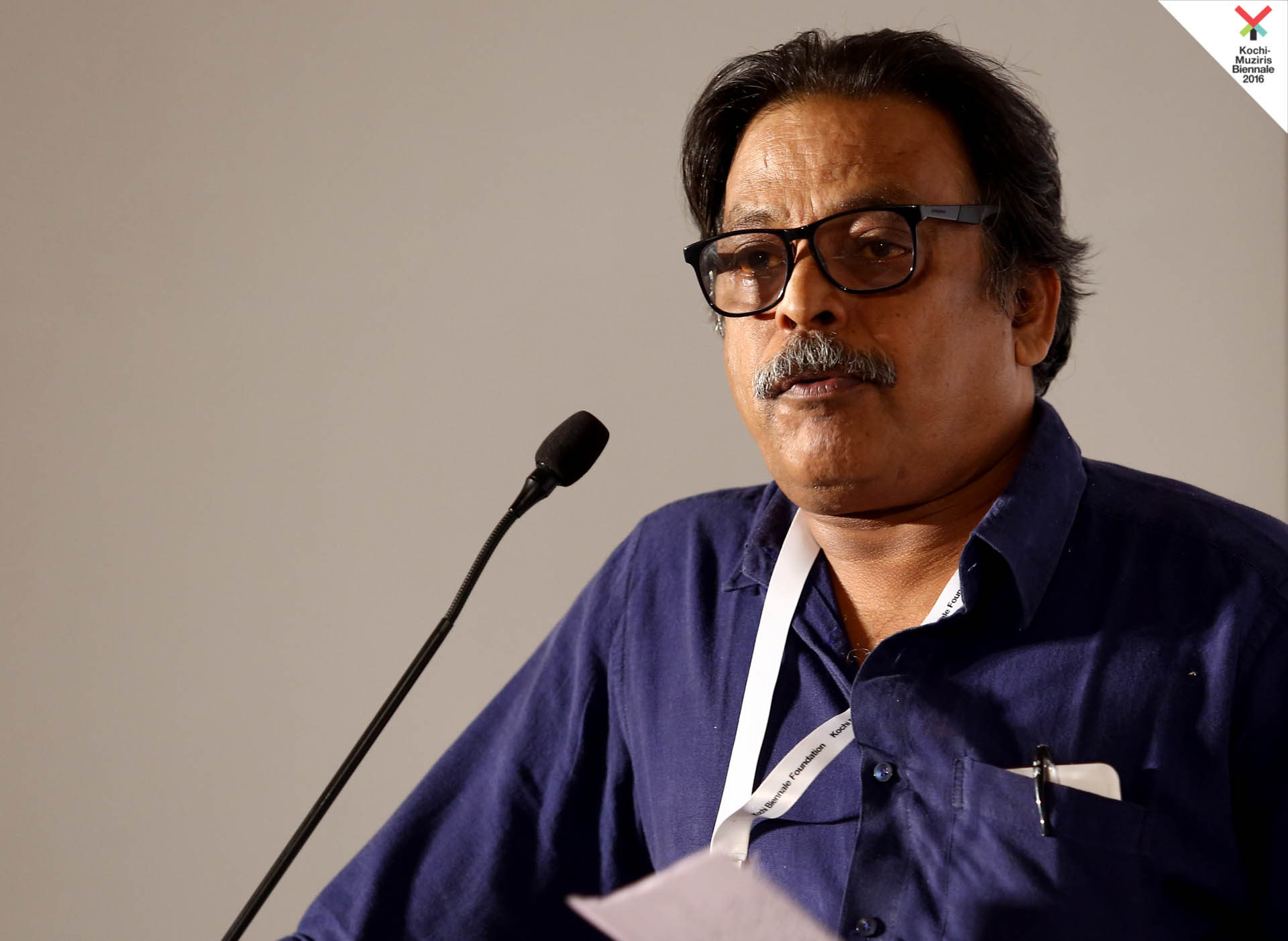 As a stalwart of Indian art, a celebrated artist and also a teacher of art for many years, Vasudevan Akkitham has a certain clarity of vision when it comes to concepts within this world, and it simply unravels unnecessary complexities. Disruption, for instance, he laid out, goes hand in hand with destruction — even while it is an act of creation. “If you look at art movements in the West and also to a great extent in India, you will realize that these groups of artists have gone against the grain of the earlier generation’s thinking. This has actually made them work in a manner that calls into question certain aspects of their vision — disruption or destruction, however you want to look at it. For instance, look at the ’80s narrative tradition in the Baroda art circles. It was a great deal of disruptive looking at prevailing trends of the time. There is a saying that every new generation trying to create something new actually walks over the body of the past. This is part of any kind of new creation. The only thing is there can be a degree of difference in how apparent or concealed it is, which could be interesting to probe,” he mused.

Asked if any ‘disruptive’ artists — who have tried to explore a new direction to some extent — come to mind in the contemporary art scene, Vasudevan lists eclectic names at the global level, like Damien Hirst, Ai Weiwei and Anselm Kiefer; or closer to home, Subodh Gupta, Atul Dodiya, Sheela Gowda and a few others. “I mention them because it is not just that they have managed to radicalize the language, but also radicalized the idea and found an effective way of representing it. They worked with certain ideas of experimenting and exploring new ways of representing ideas, other than at the regular level,” he said.

“I mention them because it is not just that they have managed to radicalize the language, but also radicalized the idea and found an effective way of representing it.”

On a more personal note, Vasudevan also shared a few favourite artists, whose work has captured his thoughts at the moment, saying, “This interest does change as per one’s need of that time. In the past couple of months or a year or so, for instance, I have been looking at the works of Max Beckmann. He was a hero for me when I started off in art college, and I have come back to his work. I have been looking at it for some time now, especially a painting called Departure. What a piece! It was painted during the Nazi times, carried with him to Amsterdam and completed later. When I see the world around and look at this painting, I find it is the only one that can adequately portray the tumult of these times. Another artist’s work I have been looking at recently is Philip Guston. There is a great deal of disruption within his own career, in that he questions his own art and moves on — the right example of disruption for me at this time, I feel.”

His own journey has been equally interesting. “I am a figurative painter and haven’t moved away from it. I have been working with conservative mediums like watercolour and oil paints, and also perhaps some kind of printing, graphic works. There has not been any kind of radical material used in my work. I started with watercolours as a student and as faculty, graduated into oil colours. I have stuck with this medium for the last four or five decades — and I still think I have not really been able to use it in the way I would ideally like to! So, if you look at materials as a radical departure or method of breaking away from tradition, mine has not embraced any other medium. However, my methods have changed from time to time, and it has been a gradual process,” he professed.

Delving further into the point that turned into a disruption — a catalyst of sorts — for an earlier version of himself, Vasudevan recounted, “When you think of the history of oil paintings in our country… well, as a student I was never really able to look at their greatest examples here. An opportunity came to me only when I got a scholarship to the Royal College of Art in London in my early artist years. The chance to gaze upon the works of the great masters, who have worked with oil paint for years and years, such as Rembrandt and Goya — that caliber actually came as a great revelation to me. You really understand how complex as a medium oil paintings can be. In that sense, looking at the works of these artists in the flesh came as a huge discovery. Because when you look at them in reproductions, you don’t really get to see the surface of the paintings. From this point on, my approach to oil paintings definitely changed radically.”

The act of disruption seeped into his work in the most fascinating way thereafter. “There became a great possibility of remission and change — that I may start out with something and end with something else altogether. My process of working went through its own act of demolition and reconstruction. Which means the painting itself took its own life and course through the process. This change got in a great deal of surprises, which is not necessarily how one started out in the beginning. This process of discovery through the act of painting and the manner in which you revise it was a radical shift in my career in the RCA days.”

“My process of working went through its own act of demolition and reconstruction. Which means the painting itself took its own life and course through the process.”

But, he clarified, “Even back here in India, before the stint abroad, I was already familiar with the works of Bhupen Khakhar. If you look at his early and later works, you realize a big change in how he approaches or utilizes the medium. His work also went through various kinds of transformations, which perhaps happened through understanding —like what happened to me with oil paintings — and through radical approaches that are a part of this process.”

Is it then mandatory to have disruption or a certain departure in an artist’s practice for them to move ahead? “Yes, but also not necessarily always. For instance, if you look at contemporary art, there are many new directions or inventions taking place. But they may not always be necessarily geared towards inventing or intended to find a new language — say like what was done at the times of Dadaist work emerging, or in Cubism. I don’t know how much of that is happening today and I can’t be entirely sure — the consideration of what one will do with whatever language is available. How do you create a new sensibility and language? When you look at it that way, there is a great deal to be done yet,” he summed up.

(You can read our profile of Vasudevan Akkitham here.)

I walked into a gallery and saw my own face on a wallRemembering Prince Philip, the artist (and more from the world of art)