Emerging artists from Delhi experiment with and unravel themes of solitude, animals, and urban angst

This is the second article of a series documenting the arts practice of emerging artists where we check out what’s happening in Delhi. Abir Pothi reports!

Ravi Chaurasiya: Exploring the intersection of humans and animals 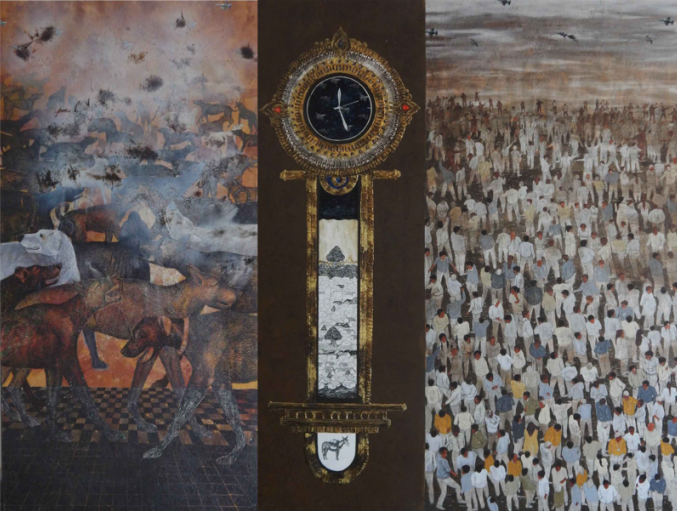 Ravi’s surrealistic approach to social issues comes from his experiments with form and symbolism. He experiments with varied raw materials, watercolor on paper board, ply board, drawing on different types of paper, charcoal, clay sculpture, cyanotype technique, sound art, video art, among others. Conceptually, his art looks at everyday life, animal life, changing rural areas, urbanization, garbage, pollution, migration, altering environments and how social status plays a role in tackling these issues. His ideology is to compare rural life and urban life with human life and animal life respectively. Animal life is an important motif in his work. He intends to develop a series of works where he explores the intersections of animals with humans.

Bhartti Verma: Finding solitude in the middle of chaos 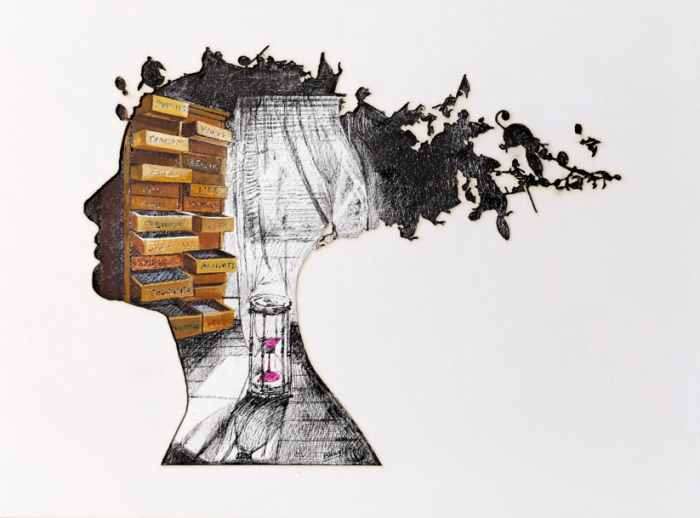 Having lived in New Delhi all her life, Bhartti says, she never found herself in placid or silent environs. Her only solace is within the space that she creates in her art. While her surroundings are congested, her paintings are usually an imagery of mystical landscapes that portray her dream realities. As a child, she was fascinated by the aerial view of the cityscape. The fascination with brick and mortar structures found a voice during her student years in Fine Arts, and since then, imitative sketches have evolved and become an intrinsic part of her visual language. The search for solace has also connected the objects of her past with her present and she make a conscious attempt to use art to balance both. Her monochromatically painted works meld a more current existence with memories by symbolically infusing colored imagery only into certain objects. This mystical composition also sparks a dialogue between the two facets of time. Her exploration also includes collecting and using found objects on a 2D surface, making installations, and using kinetic objects to enhance engagement. 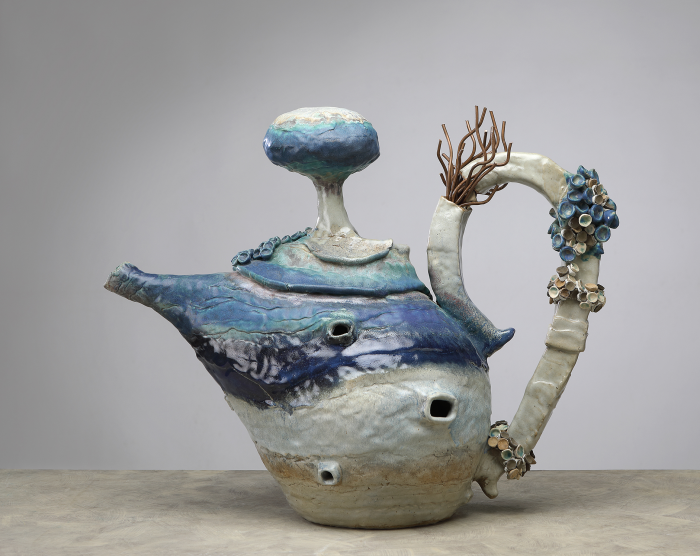 Born and brought up in Bhopal, Madhya Pradesh, Arti studied visual arts in Indore. Her Masters’ course took her to Jaipur where she happened to visit the ceramic studio of Late Shri Kripal Singh Shekhawat and became acquainted with the process. The medium attracted her instantly and she soon embarked on a learning journey to explore it further in Jammu. Thereafter, this adventure with ceramics continued across the country over the years. Today, she serves as a freelance artist in New Delhi. Her artworks with ceramic often marry multiple materials such as copper, concrete and wood. Themes of nature and urban landscapes fascinate her and inspire her to create.

Digbijayee Khatua: Probing the complexities of an urban existence 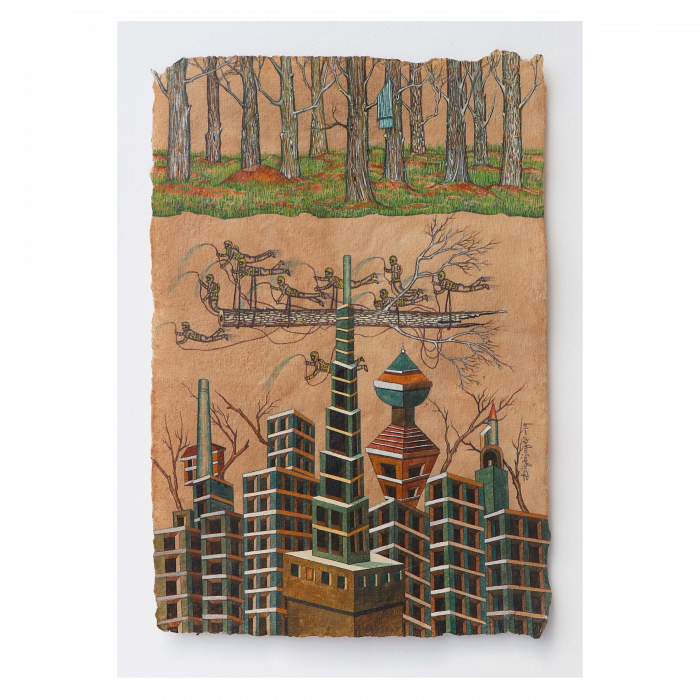 Digbijayee’s practice is vastly influenced by his shift from Odisha to Delhi and the emotions rendered by an ever-changing landscape are evident in his visual recording of minute details — both real and imagined. He is interested in the fragility of relationships and the awkwardness of humans trying to coexist. He creates miniatures that serve as evolving still-life renditions. For a recent series, he built a diorama of a rural landscape and gradually developed it into farmlands — and ultimately, a town. Beginning with a square of Styrofoam, he carved in mountains, valleys, rivers and ponds, and propagated a verdant landscape of wire and foam trees. Fusing stylistic elements drawn from miniature paintings and traditional Patta paintings, he desires to portray the diversity that exists in urban and rural landscapes. This makes his art a time machine of sorts where memories and present experiences blend.

From sustainability to caste narratives, emerging artists spur dialogues through path-breaking installationsWorshipping nature, focusing on food and exposing gender bias: Our Artists Of The Week