From beauty behind the burkha to being inspired by food, Young Andhra artists add diversity to the platter

In a series documenting the arts practice of emerging artists, we connect with some young guns from Andhra Pradesh. Abir Pothi reports! 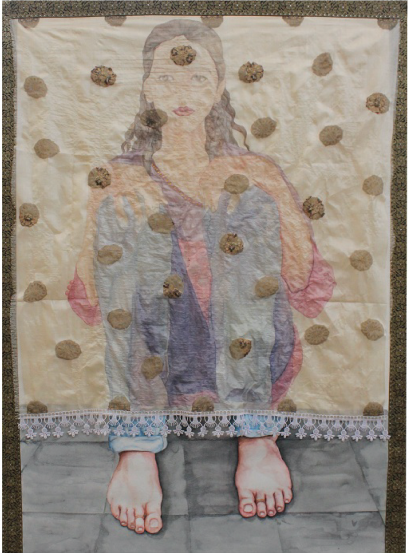 Sonali completed her Master’s in Fine Arts at the University of Hyderabad in 2012. Since then, she has lived in the city and has been practicing as a visual artist. With a firm belief that the ultimate act of resistance is now-ness and self-love, she tries to explore the journey of the human mind, body, and soul and how they react with each other in various situations and spaces. Nature and day-to-day experiences have become an integral part of her work and she explore changes that occur over periods of time in different aspects of her surroundings. She mainlys work with tempera on washli, and thoroughly enjoys the process of preparing the surface and colors. She also includes various mediums such as fallen hair, silk, woods, fabrics beads in her work. 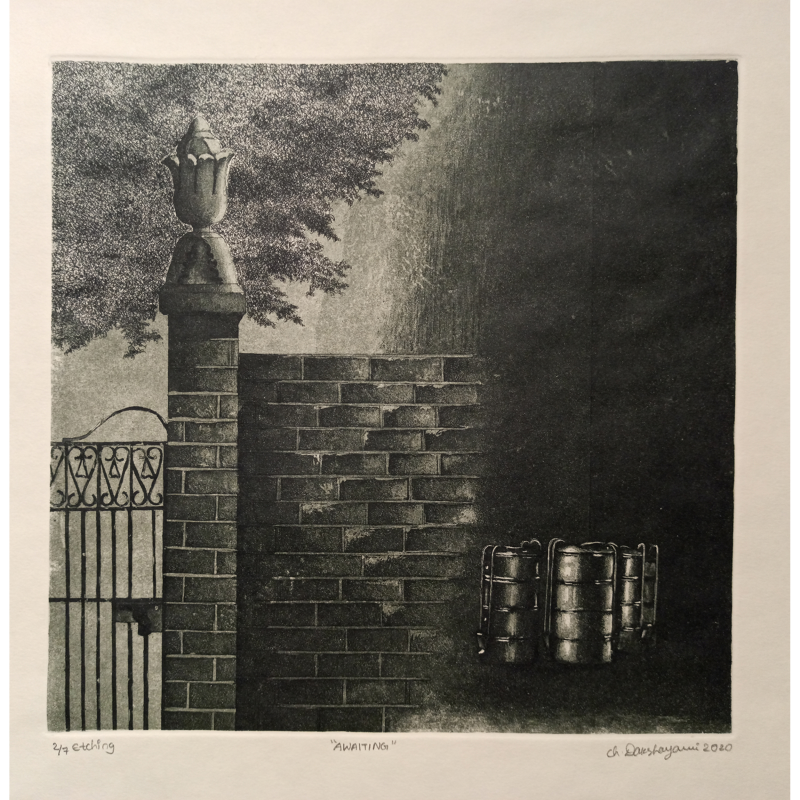 At its core, Dakshyani’s work shows the role of money in common people’s lives and how they depend on their daily wages and grapple with different work for their livelihood. At the same time, her art also represents her own experiences, such as that of the quality of life of the middle class and changing priorities based on financial situations. Dakshyani chose printmaking as my subject of learning, and began to transfer drawings into etchings, preferably in black and white, with minute details. She believes the composition of an image is a very important element in producing interesting artwork. Her compositions are typically simple, with details that create interest in a viewer. She tries to use varied elements to represent her subject matter and renders an image using lines and dots. 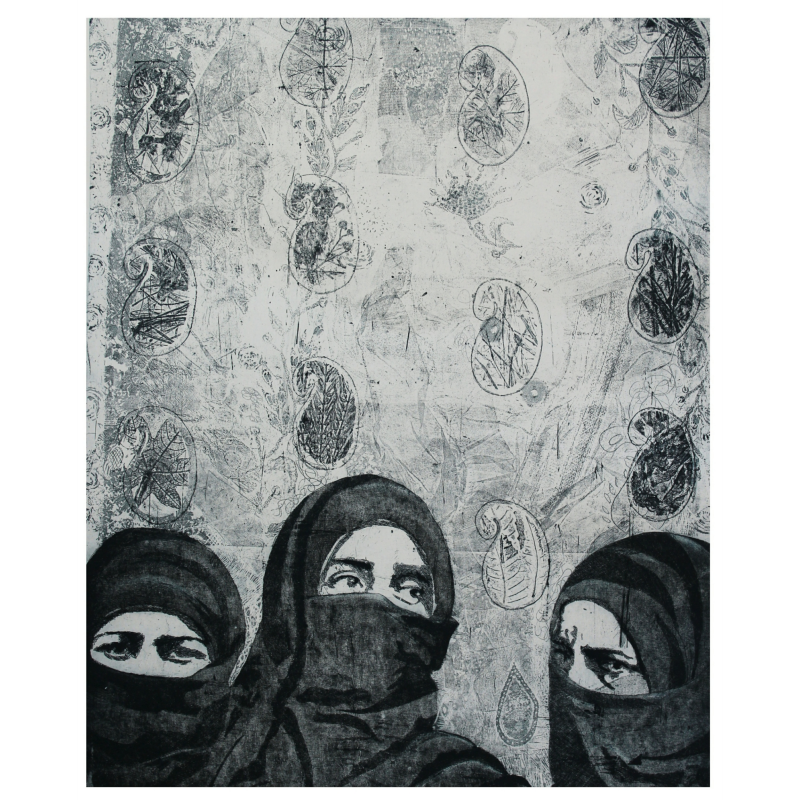 Having grown up in close proximity to members of different communities, Vasavi’s observations have transcended into the world of art. With women often being her subjects, she says that the traditional dress which veils their beauty, with often gorgeous heavy saris, jewellery, makeup and sundry finery under a thick black burkha, fascinates her artistic mind. She manifests this visually via etching and explores the different ways of representation and the different worlds that exist for the women within the burkha and without it. 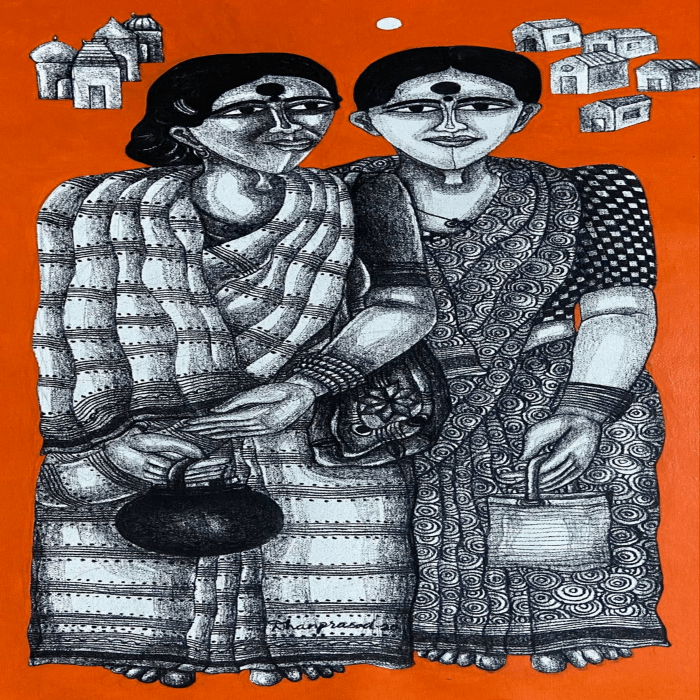 Working with themes such as time, isolation, and transition, Dhanu Prasad is interested in the fragility of relationships and the awkwardness of humans trying to coexist and relate to one another. To that end, he creates miniatures with detailing to serve as evolving still-life renditions, from which he paints detailed narratives. For his most recent series, I built a diorama of a fictional rural landscape and gradually developed it into farmlands — and ultimately, a town. Beginning with a square of Styrofoam, he carved in mountains, valleys, rivers and ponds, and propagated a verdant landscape of wire and foam trees. His practice is vastly influenced and marked by his shift from Odisha to Delhi. Fusing stylistic elements drawn from miniature paintings and traditional Patta paintings, his idea is to portray the value of image reading and sense of diversity between machines and urban existence. 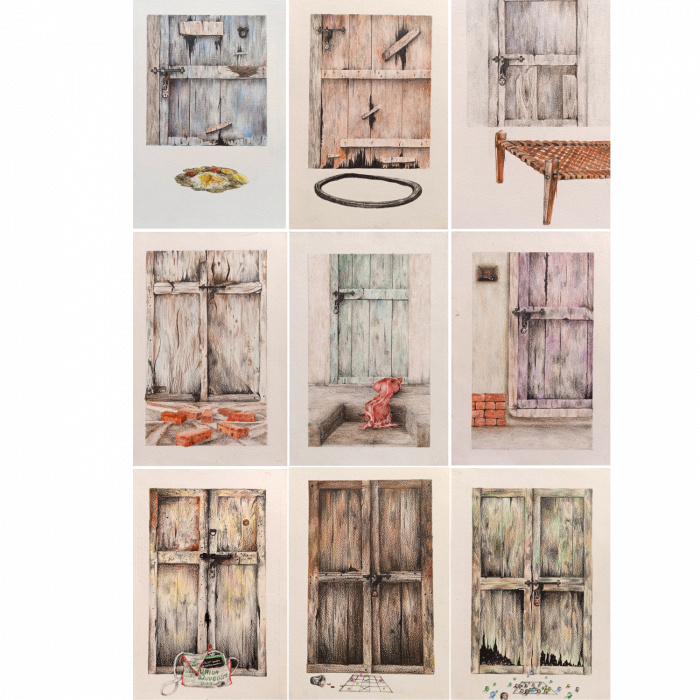 Satyanarayana’s works mostly depict food as a simple meal and a socialized element in everyone’s daily life. Food is essential to our survival. It is also one of the great pleasures in life. Food also preserves traditions and cultural identity. For Satyanarayana, food has many forms such as hunger with hope to struggle for life. These themes are dominant in his work and he tries to create food in many imagery recreations, over and over again in countless compositional interpretations, mostly through large-scale colour woodcuts to a small-scale etchings.