Jury members who spotted talent for FIRST TAKE 2021 from all corners of India!

In July this year, Abir India Foundation invited young Indian artists to send in their entries for their annual show First Take 2021, their fifth edition. Selected by an eminent jury panel, the best 10 of the selected entries will soon be selected through an in-person jury and will be later awarded in a show. In this article, Abir Pothi is proud to present our esteemed jury that took out time to support our cause for emerging artists and selected artworks out of 1200+ entries from across India. Introducing our jury! 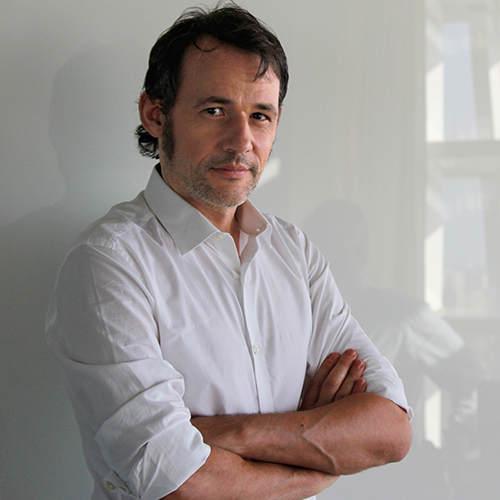 Hartmut Wurster was born in Germany and studied architecture at the University of Dresden in Germany and at the Aristoteles-University in Thessaloniki, Greece. He is also a trained carpenter. Upon joining Maier + Partners, an architecture office in Heidelberg, Germany, he worked on projects on housing, restoration and industrial developments as well as projects that created new concepts of shared living. In 2010, he joined Blocher Partners, a firm for architecture, interior design and visual communication based in Stuttgart, Germany. In 2011 he moved to India to establish the company’s presence in Ahmedabad; he has gone on to lead a wide spectrum of projects. He has a keen interest in sustainability. Another point of interest is contemporary art. He is the founder of ZOCA, the Zone of Contemporary Art, a platform for young and emerging Indian art. 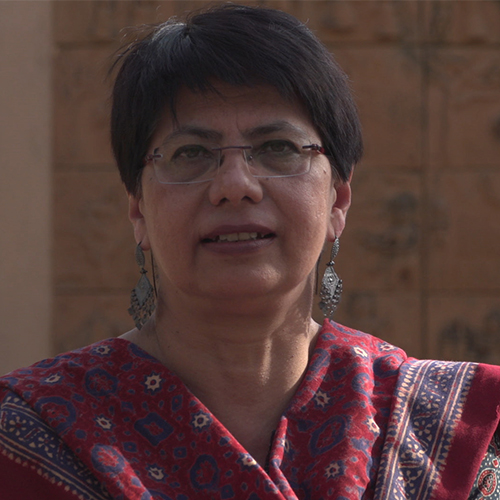 Kristine Michael is a ceramic artist, arts educator, researcher and writer on Indian ceramics based in New Delhi. She studied Industrial Design with specialisation in Ceramic Design at the National Institute of Design, Ahmedabad under Dashrath Patel. She began her career at the ceramics studio of Garhi Artists Village, New Delhi. Later she worked at Auroville and Pondicherry at Golden Bridge Pottery. She was awarded the Charles Wallace India Trust in 1992 to apprentice with Alan Caiger Smith at Aldermaston Pottery and Dart Pottery in the U.K. Her works are in collections in Austria, UK, USA, Pakistan and South Korea. She has curated national and international exhibitions and has published widely. At present she is a PhD Scholar at School of Arts and Aesthetics JNU in Indian ceramic art history. She is Curriculum Leader of Visual and Dramatic Arts at The British School New Delhi. 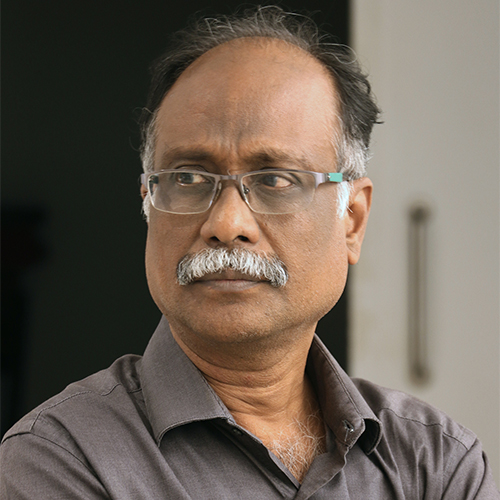 Rm. Palaniappan, born 1957, Devakottai, Tamil Nadu, is an alumnus of the Govt. College of Arts Crafts. He studied advanced Lithography in Tamarind Institute (USA) during 1991 and was the Artist in Residency at the Oxford University in 1996. He is a recipient of several awards, honours and residencies including the Fulbright Grant, Charles Wallace India Trust grant, International Visitorship programme of USIS, and Senior Fellowship, Govt of India. He also won the National Award, International Prints Biennales of Bhopal and Taiwan. He was invited by several international universities and art institutions to conduct workshops in print-making. He has participated in numerous international prints exhibitions and important national level curated exhibitions and has held 14 solo shows around India and in Rotterdam, Holland. Exhibition curations include Major Trends in Indian Art, 1997, International Commissioner, Bharat Bhavan Prints Biennale, 1995. His works are in museums and in prestigious collections. 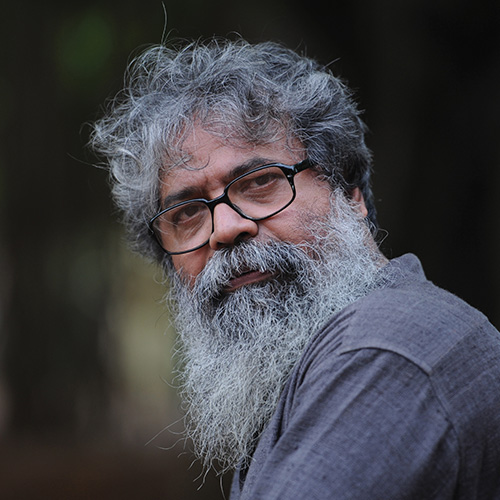 K.S. Radhakrishnan was born in Kottayam, Kerala, in 1956. He went to Shantiniketan in 1973-74 to study art at the prestigious Kala Bhavan of Vishwabharati University under the guidance of Ramkinkar Baij and Sarbari Roy Choudhury. He completed his MFA in 1981 and very soon was awarded with a research grant by Lalit Kala Akademi, Delhi to work in Garhi Village. He has had 15+ solo shows. From 1980’s onwards Radhakrishnan has installed open air sculptures across India and abroad including at the TMI foundation, Cotignac, France. The two major themes/motifs of his works are the male and female figures Maiya and Musui which represent the anima-animus, the primary anthropomorphic archetypes. He has curated the exhibition Ramkinkar Baij – A Retrospective at National Gallery of Modern Art, New Delhi, Bangalore and Mumbai and has written a book titled Ramkinkar’s Yaksha Yakshi. He lives in Delhi with his wife and son. 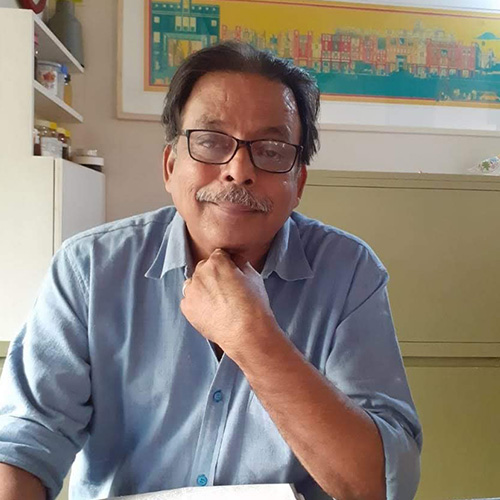 Vasudevan Akkitham was born at Kumaranallur, Kerala in 1958. He completed his Diploma and Post Diploma from the Faculty of Fine Arts, M.S. University, Baroda. In 1988 he did his MA from the Royal College of Art, London. He has illustrated a children’s book by Safdar Hashmi. He has held a number of solo exhibitions including two at Gallery 7 in 1989 and 1992 and another at Sakhi Gallery in Bombay again in 1992. He has also been a participant in a number of group exhibitions, notable among them being one in aid of earthquake victims in 1993 in Faridabad and ‘Gadya Parr’ Show, Gallery Chemould, Bombay in 1989. His work is a part of several reputed collections such as the Kerala Lalit Kala Akademi, Madhavan Nair Museum, Cochin and the Chester Herwitz Family Trust Collection, USA.

Looted by Nazis during WWII, this Van Gogh is up for auction for over $20 mn“Each stitched line is a conversation between my hand and brain,” says Pranati Panda – Textile Series 2 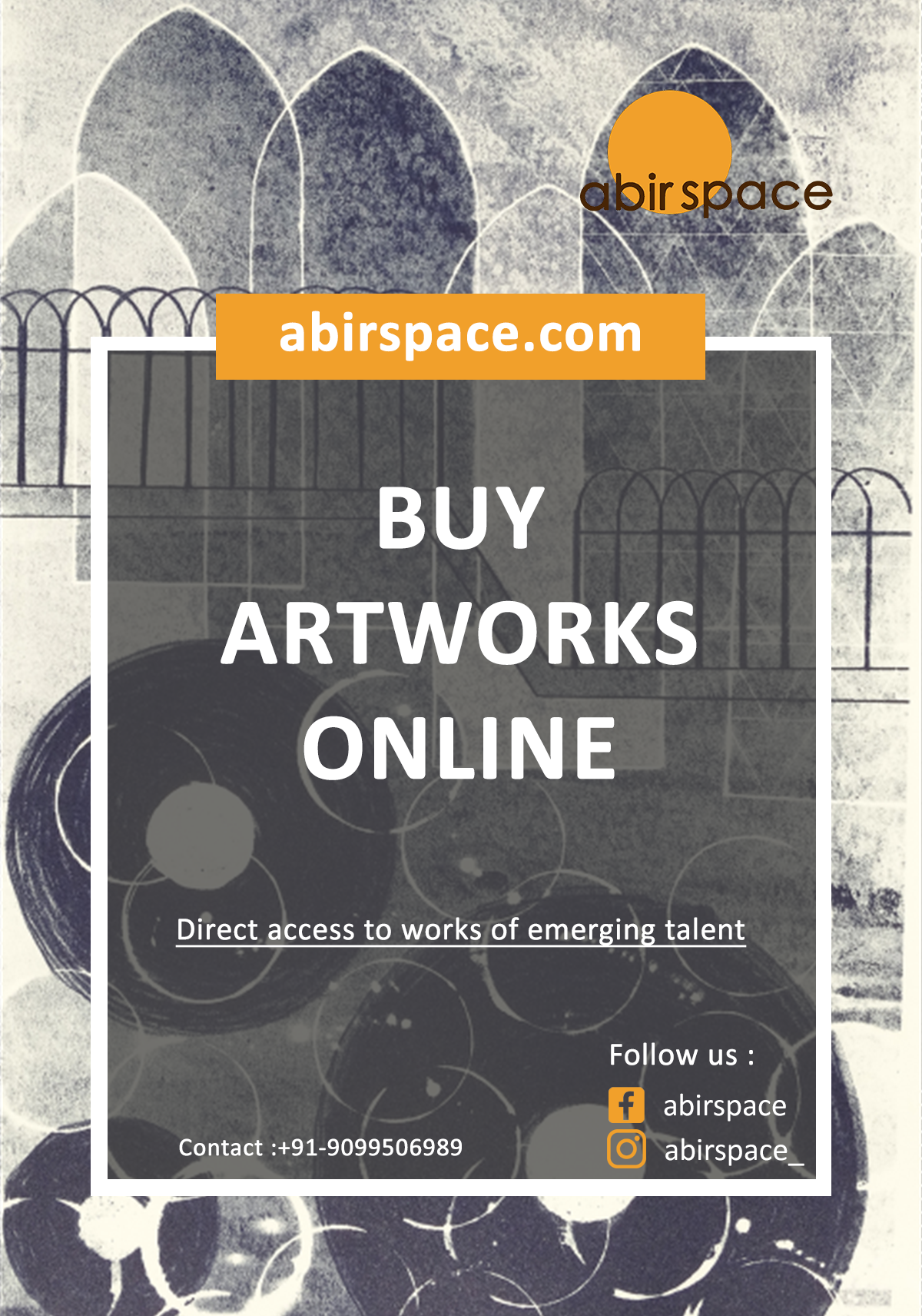