Love modern art? In Postcard #6, we bring you a closer look of five abstract artworks at MoMA!

Our person in New York, Kaivana, takes you on a journey through the hottest art events and happenings in New York right now

Part of the permanent collection of MoMA, Study for Modulated Surface No. 4 by Lygia Clark explores the relationship of form, plane and line. The painting is a result of cut and pasted paper on a coloured paper that generates different spatial conditions on a flat canvas. The concept behind this particular series was to create abstract geometric forms to explore three-dimensional spatial conditions in a two-dimensional medium. The compositions of the series have no set hierarchial order and no distinct figure ground element. The beauty of this collage lies in this illusionistic simplicity.

Another simple yet beautiful composition part of the permanent collection of MoMA is Theo Van Doesburg’s The Rhythm of a Russian Dance. Doesburg’s developed an avant grade art movement called ‘De Stijl’ which loosely translates to ‘the Style’, through this painting. The artist was trying to define art in its unadorned naked form by straying away from the traditional figure paintings and still life. By doing this Doesburg removed the elitist stature that was associated with art. In the composition he uses just the primary colour and rectangles that seem drawn using a ruler but on closer inspection one can see they are hand drawn. The idea was to represent an image and not the details that make that image. The erratic nature of the vigour in which colour is used makes the overall composition an effortless painting. 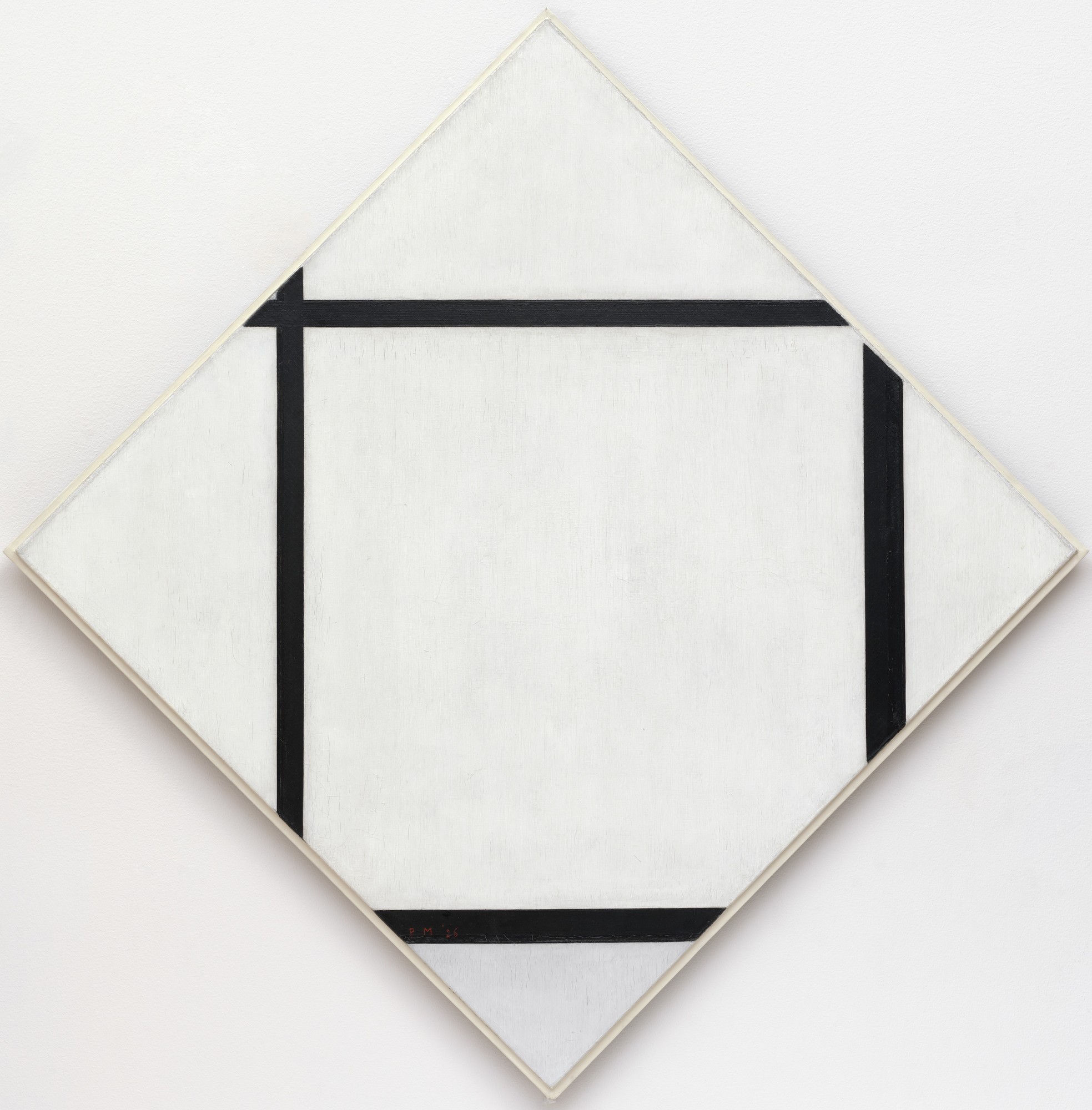 Static, unconventional, grid and minimalist are all the words that come to my mind when I look at Piet Mondrian’s works and Tableau 1 in particular. A static painting with dynamic expression, this abstract art was made in 1926 and was part of the “lozenge” series that Mondrian started in 1919. The name for the series comes from the unconventional orientation of the canvas that imposes an invisible grid formed by the diagonals of the canvas in the viewers’ eye. This unconventional orientation makes us think if the lines extend beyond the world of canvas into the realm of imagination. A well-balanced composition made with just four lines and very minimalist muted colour palette is an art marvel and a must see. 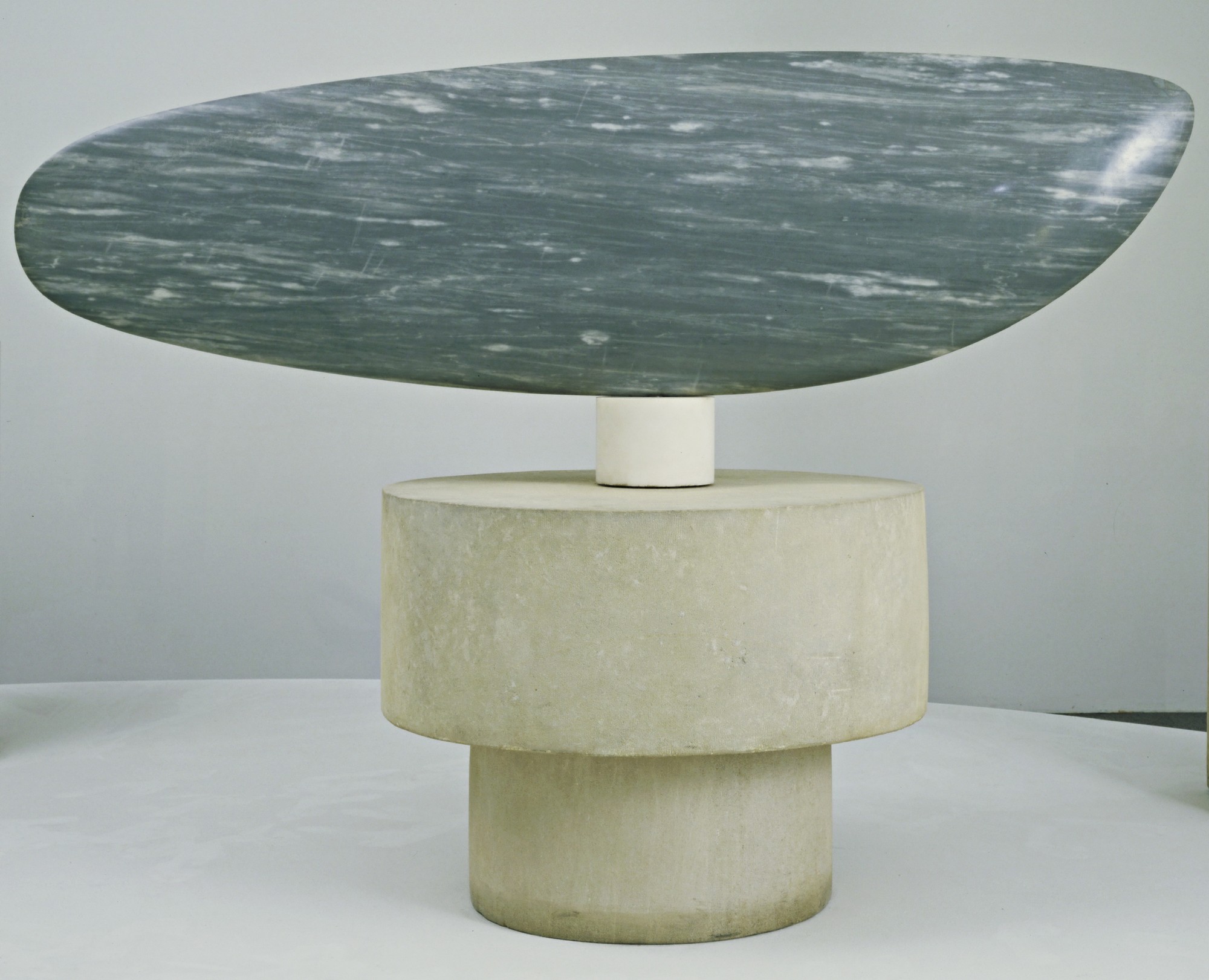 Constantin Brancusi was a Romanian sculptor who lived in Paris. For his series The Fish he kept reinterpreting his work and kept changing a few details and motifs to develop his previous work further like the saying goes “Practice makes perfect”. A large fish in blue-grey marble set on white marble and limestone is part of the MoMA collection. The play of light was vital to reading the sculpture and in one of his versions of the Fish he attached it on a rotating metal disc to create reflections to make the Fish seem like it is slipping away. The Tate museum describes his work as “a conjunction of different formal principles and media was not uncommon in Brancusi’s work: despite his reputation for being a sculptor who created simplified, unitary forms, the bases of many of his works suggest a deliberate courting of disjunction. As totalities, however, the sculptures and their bases create a tense interplay of ideas that give the works their characteristic vitality.” 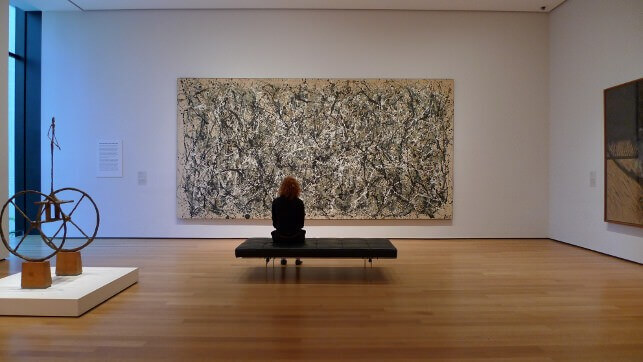 Probably one of the most famous abstract artist Jackson Pollock’s work One: Number 31 is housed in MoMA. An exemplification of his dripping and splattering technique it is one of his larger works that he did in 1950. The painting captures movement and rhythm and the dance of splattering. In the words of the artist “On the floor…I am more at ease. I feel nearer, more a part of the painting since this way I can walk around it, work from the four sides and literally be in the painting.”  The juxtaposition of white and darker colour encompasses the power and strength of the painting. Although chaotic the piece in front is a meticulous dance of the heart. The work can be interpreted as the “pulsing intensity of the modern city.” Sitting in front of it the chaos of the splattering reverberates the chaotic morning that I had. I get lost in this world in a speck of the larger crowd of colour in the chaotic city of One: Number 31 and New York.