In the second of a series on emerging installation artists, we profile the trajectories of Tyrell Valladares and Shilo Shiv Suleman. Their work is catching the eyeballs of late! Abir Pothi reports! 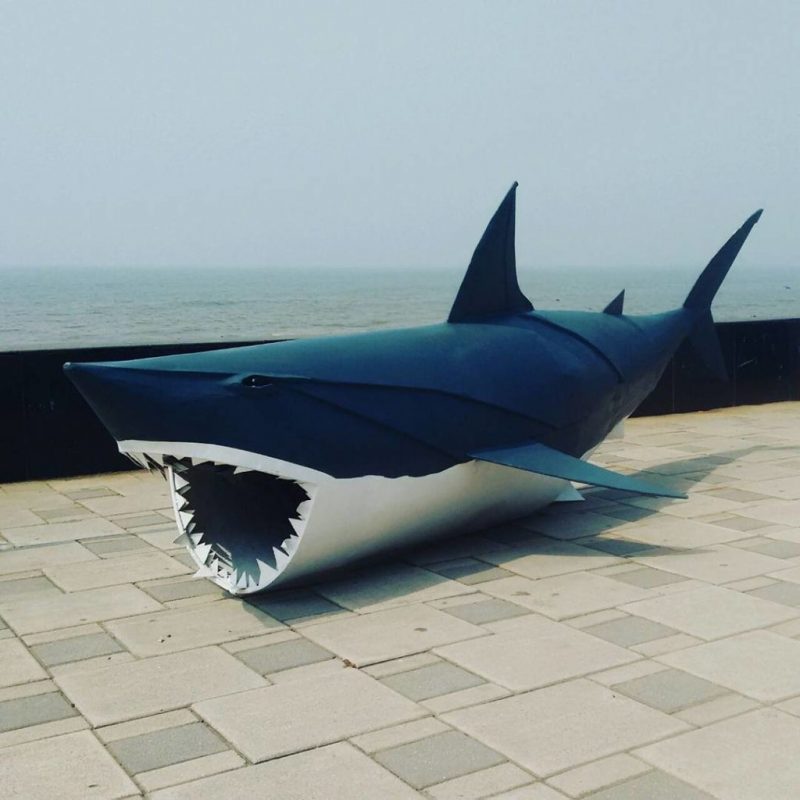 Today, Tyrell Valladares’s Metalhead Studio has branched out into set design and production, light art installations, metal sculptures, and more but it was not always big-league game for the founder. Tyrell founded Metalhead Studio in January 2012; he started metal work almost serendipitously, during a spate of illness that kept him away from his airline job for long. Recuperating, he began to learn the art and felt so enthused by the creative freedom that he got that he left his day job for good. 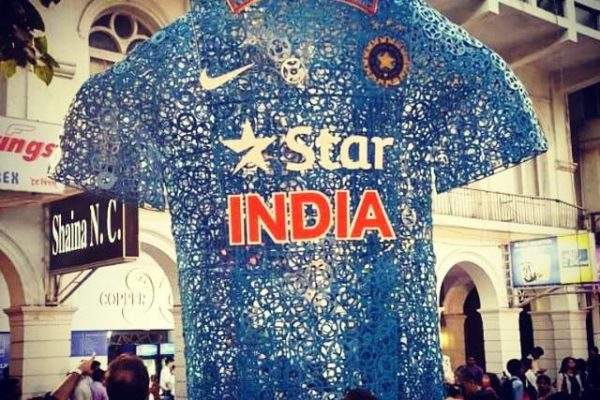 Ideas were many and projects soon started trickling in. Tyrell got an early break when break Nike refashioned the Indian cricket team’s jerseys and commissioned him to create a work for Kala Ghoda Arts Festival 2013; Tyrell made an 800-kilogram metal jersey that caught eyeballs and gained critical praise too. Tyrell has the knack of visualizing his works to completion almost instantly and this makes him very versatile with using found materials. 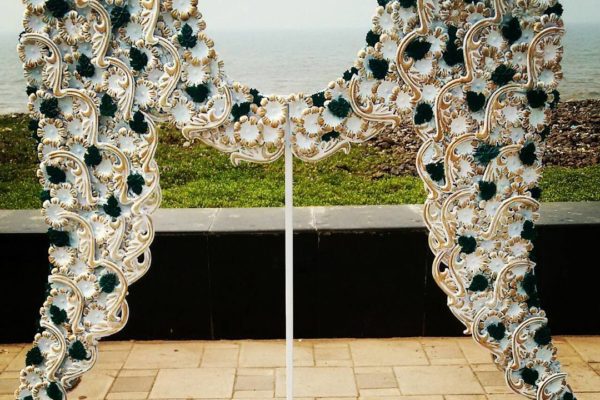 A metal shark put on becomes a ‘City Predator’ while a vertical column made with walking canes, each tipped with a light bulb, becomes the ‘Fountain of Sight.’ Other notable metal-work installations include ‘I Am Bandra,’ ‘We Are the World,’ and mosaic tile-work at the Mount Mary steps. Through his work, he wishes to explore how art and design can unite people and can create a unique experience through personal interaction with artworks. 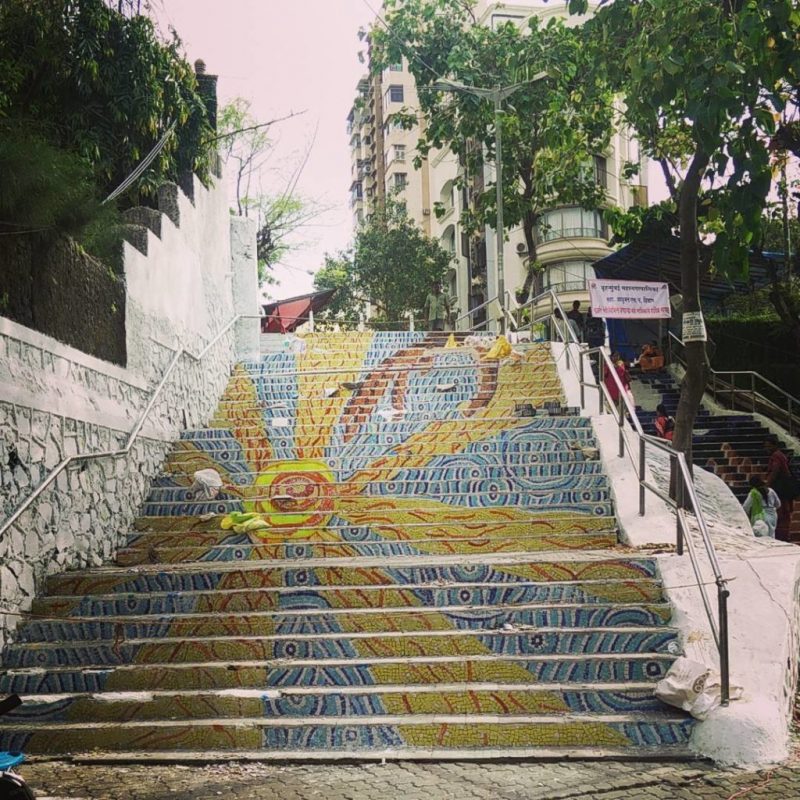 The Bangalore-based artist is known widely for her work for murals made for the Fearless Collective that aims to empower women through owning their varied individualistic identities. At the same time, she is a prolific installation artist who loves to experiment with interactive designs. Her themes give away a distinct influence of magic realism bolstered by the use of modern technologies. 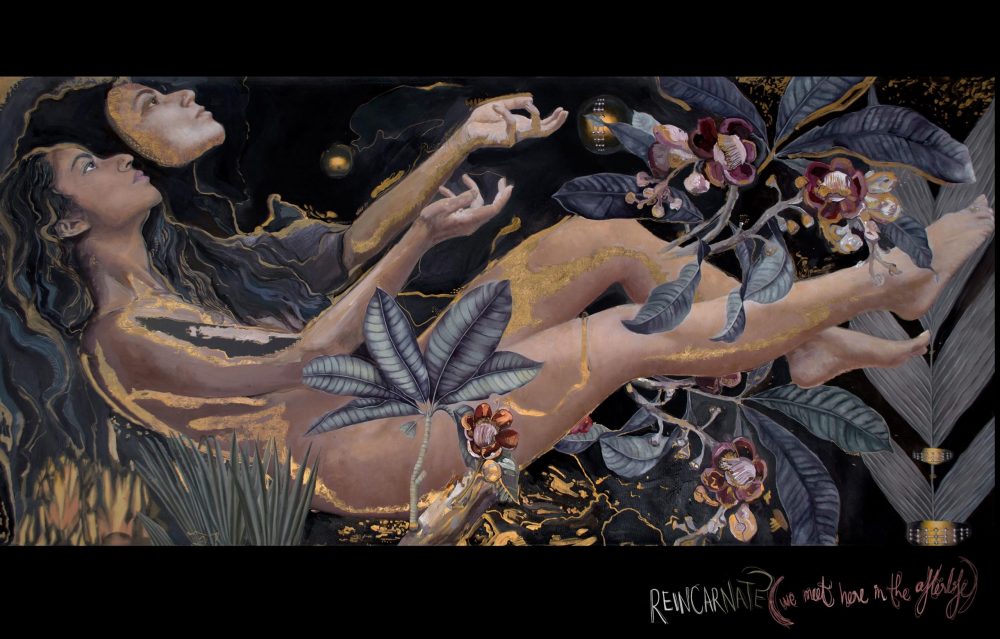 Her latest show, Reincarnate, discussed the upheaval wrought on by the pandemic. The central theme of death and resurrection was influenced by the verse from Gita, Sambhavami Yuge Yuge, where the Lord promises that he will reincarnate again and again to save humanity. The theme was also interpreted in terms of reincarnation of stories, like those of Laila and Majnu that probably play out even today albeit with the use of technology and in different social circumstances. 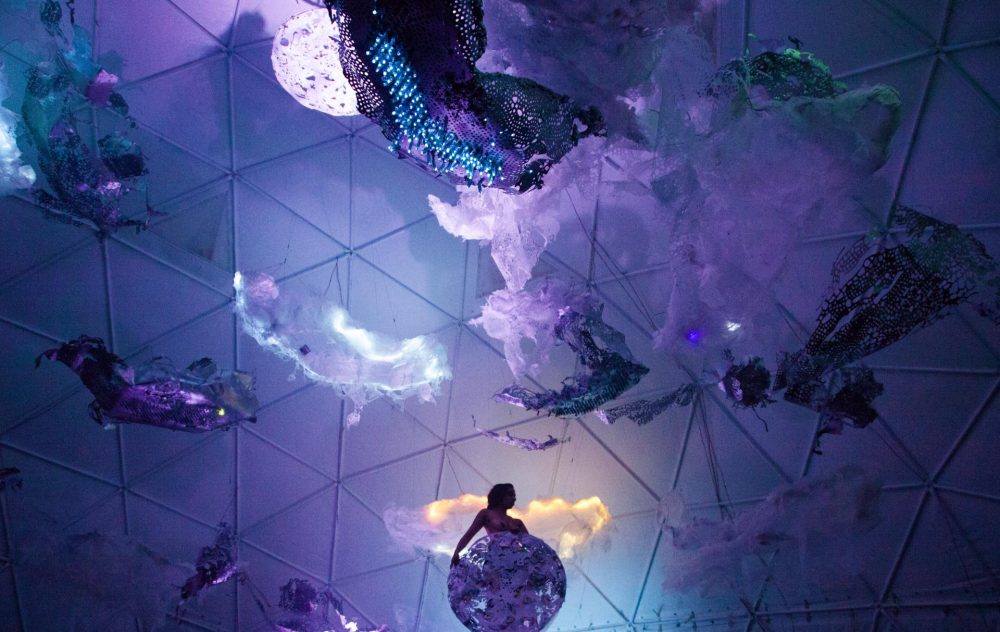 Another noteworthy work has been the ‘geofeedback’ installation displayed at Pittsburgh in 2015 called ‘Tidal,’ is a play on envisioning the effect of water bodies on us. Suspended inside a dome, there are metal clouds illuminated with LED lights that glow in accordance with real-time tidal data. A big bowl of water kept in the centre of the installation is the game changer, though. Upon swirling one’s fingers in the water, one immediately causes a change in the fluctuation of the LED lights that now interpret data based on this new movement created by the spectator. 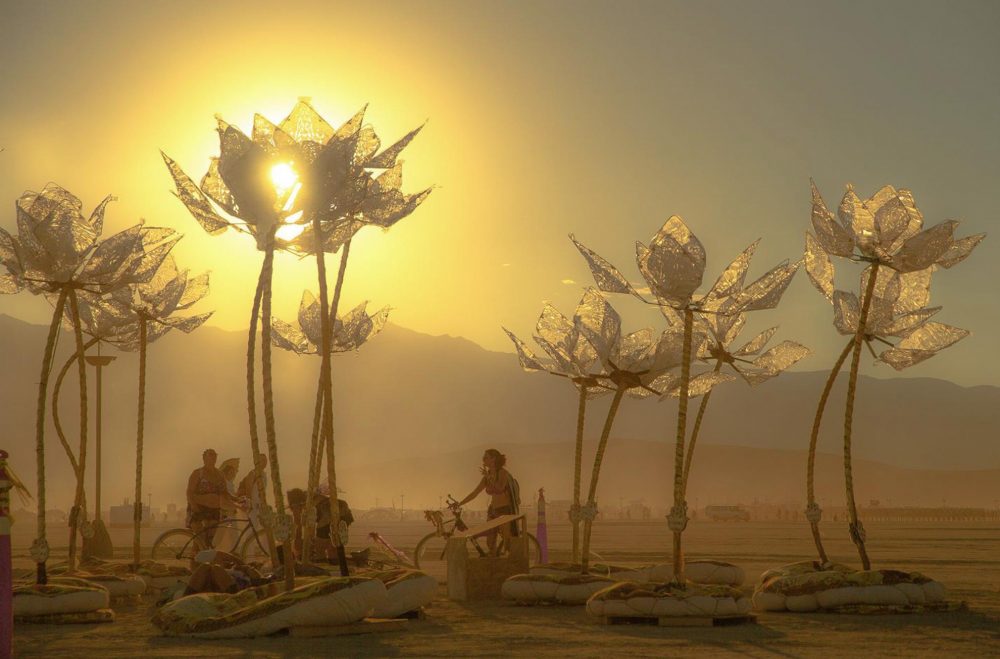 Another interactive installation for Burning Man 2014 titled ‘Pulse and Bloom’ also gained much acclaim. It was a 50-feet-wide spread of lotus flowers. No ordinary flowers these! Their stems were fitted with pulse sensors that made the installation pulse in sync with the heartbeats of those interacting with it. Shilo’s other noticeable works include ‘Fertile’ (2019), a project of wearable sculptures called ‘Altar,’ ‘Buraq’ (2020), ‘Beloved’ (2014), ‘Grove’ (Burning Man 2016), and ‘Overflow’ (2018).

Worshipping nature, focusing on food and exposing gender bias: Our Artists Of The Week‘Age makes one more spiritual in mind and body,’ professes artist Rini Dhumal