CCB: What’s happened is that on the one side there’s the buyers who see themselves as investors but the worst thing is that the painters who themselves start aiming at that market instead of being natural painters, being organically involved in their context and reflecting their context, celebrating their context, they are looking for the market, what it wants. Now I don\’t mind confessing; we actually have a Hussain painting in our house but why do we have the same painting? We have this painting because we had an exhibition of his and when you have an exhibition architects give you one print so we have one C D Mistry, we have Bhatia, we have Doshi’s work here, a lot of well-known artists works in our house because we knew those people. Doshi occasionally gives these to me and we have a couple of them. It is because of friendships, associations, and interest, each piece of art becomes a memory point and I think in life, you get your identity from your memory points. Particularly keeping objects which remind you of very positive experiences and I think it gives you confidence, it gives you a sense of identity, it develops your own culture. What painters are doing, unfortunately, they are jumping into painting pots and pans made out of stainless steel – Why? Because Anish Kapoor would do it and it would sell but it has very little context with India. And a lot of these buyers form a very tiny, tiny – not even 1% of the population – these people are dictating what thousands of artists are doing. To me, that’s a tragedy.

RA: Also, we live in a society now where there are a few tastemakers who decide what to wear, what to put on your walls, how to live, how to dress, everything. So what I am trying to say is, collection of art, I think art should be a part of your life, it’s a journey that you take together and each of the pieces of India like in our house, in our lives, every artwork that we have collected has become a page-marker, or let’s say a chapter separator, it reminds us of the time when we collected it. So these should be the milestones to kind of understand how long your journey has been and each of those journeys have sub-stories embedded in them and this is the kind of meaning that these pieces should have in your life. It should not be like you buy them in bulk and hang them. That can be a hotel. But, a hotel experience should not be your home experience because you visit a hotel and the home is where you live and it should be embedded with your memories.

CCB: See now art also is not only in the crafts movement, not only in galleries, but also in architecture. If you see, for example, I just opened in Ahmedabad the new campus for the fresh students coming in to study at CEPT. And in the ceilings when we cast the concrete, when we poured the concrete, we made six very large murals there. And these are murals which tell people and students about proportions, the basic principles of urban design, it tells people about the process of design. So the murals become teaching material for students who are studying architecture and urban planning and urban design. It becomes a method of communicating with the kids and young people and teachers informally and if you look at most of my work at CCBA ceiling, at the United World College of India there are murals in the ceilings. So to me, that’s for fun, nobody pays me for them and it\’s because I enjoy doing them. Now if someone does ask me, I will say alright they will cost you 20 lakh, don’t ask me, I will do it on my own.

RA: It’s like you are leaving your DNA for them.

CCB: Le Corbusier in Chandigarh put this modular man in the wall, and some other things were cast in the concrete and surprisingly none of the students did that, like ‘Ok, I am also a student of Le Corbusier, let me learn from him and bring this into my art.’ Many of the things I am doing are very mystical, mythological, Indian kind of figures and symbols which go back to I would say even the Indus Valley, some of the figures you see in the Indus Valley and Harappan culture, I try to bring it into modern culture. I think that it is very important if there is some stream of connection in giving identity to people and places.

RA: I think one of the things because we are primarily architects and dealing with what we call built spaces, and spaces where human beings interact, so if I have to look at art and architecture, and if I have to kind of marry both of them, I don\’t see that art should be limited to a particular space. In fact, when it gets very gagged or constrained, unless we take art out of the closed spaces to the outdoors we are not going to sensitise the rest of the society because I do very clearly believe that in India we live in a very aesthetically challenged society. If you even ask most educated people, they have never got art, they have never seen a gallery, they have never understood what art is. So that is how much we are removed from what is called art which was not the case if you look a century back. Art was very much an integral part of our ancestors, our grandfathers, our grandparents’ lifestyles. There would be rangolis. Today rangolis have become a decorative element just for shaadis or may be a festival.

Stay tuned for the next part!

The video interview can be seen here. 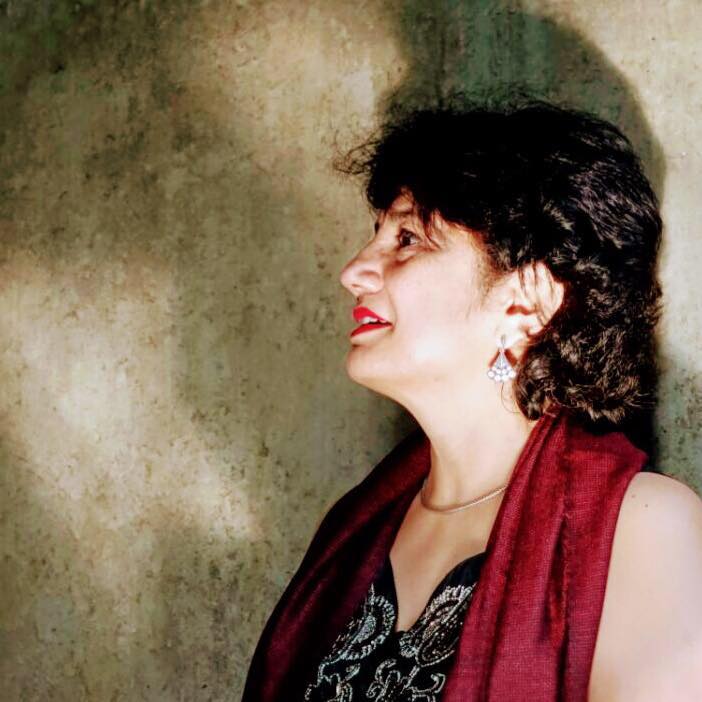