Remembering Gustave Courbet, the fore-runner of the Realism Movement, on his birthday

Self Portrait, Man with a Pipe

Jean Désiré Gustave Courbet, a painter who led the Realism movement in 19th-century French painting was born on this day, June 10, 1819. His works were to later influence the Impressionists and the Cubists. Born in a family that strongly held anti-monarchical sentiments, he grew up to be a politically active individual, and this attitude is reflected in his works. For example, he first caught attention in the late 1840s and early 1950s by portraying peasant life on a grand scale. These massive life-size representations were usually reserved for religious or historical subjects at the time.

Beginning with his series on the peasants, Courbet went on to make bold socio-political statements throughout his life, and often heavily paid for his outspoken personality. He was equally well-versed in capturing a variety of subjects and some of his famous paintings are landscapes, seascapes, hunting scenes, nudes, and still life.

Courbet first went to Paris in 1839. Among his paintings of the early 1840s are several self-portraits such as Self-Portrait with Black Dog, which was accepted for exhibition at the 1844 Paris Salon, Desperate Man, Lovers in the Countryside, The Sculptor, The Wounded Man, The Cellist, shown at the 1848 Salon, and Man with a Pipe. His travels to the Netherlands and Belgium during this period further confirmed his affinity toward Realism and he began to gain a steady stream of admirers and supporters during this period.

Courbet’s painting After Dinner at Ornans won him a gold medal at the 1849 Salon; the painting was purchased by the state and the win enabled him to bypass jury approval for exhibition at the Salon till 1857, when the rule changed. In 1849–50, Courbet painted The Stone Breakers, a classic representation of the peasant life. Some of his other famous paintings include the Peasants of Flagey, A Burial at Ornans, Young Ladies on the Banks of the Seine (which scandalized the public then), Hind at Bay in the Snow, and The Quarry. 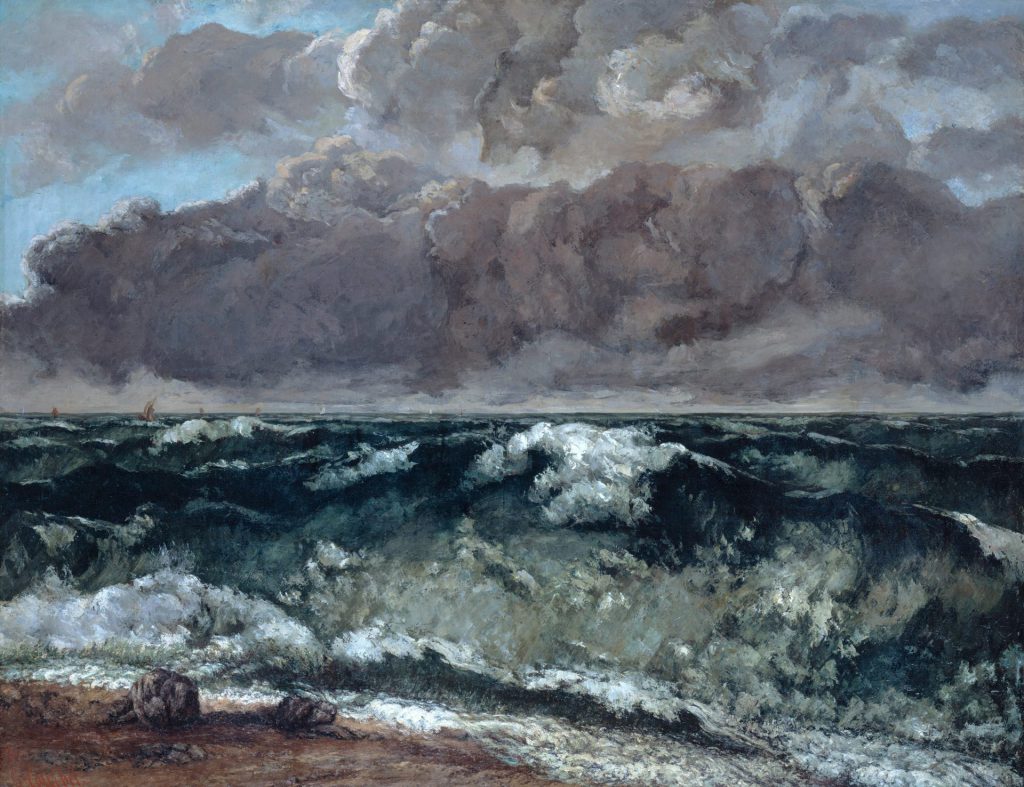 Having refused the Legion of Honour proposed by Napolean III, Courbet angered many in the establishment. Further, his leadership during the Paris Commune, a movement by artists seeking to revamp the status quo which was quelled almost as soon as it was formed, led to his imprisonment of six months, followed by an exile in Switzerland. He died on 31 December 1877 at the age of 58 while still in exile in Switzerland.