Remembering the artist who brought Canadian art to the World Stage

The painter and designer Alfred Joseph Casson, youngest member of the Canadian group of artists ‘Group of Seven’ was born on this day May 17, 1898. His art mostly depicts Ontario’s farmland and forests with highly finished and carefully composed designs. He also painted small florals and still life.

Hamilton Technical School was the place where Casson got involved with art under John S. Gordon. Later became an apprentice at the age of 16 with Laidlaw Lithography Co. and worked with various commercial art firms in his long and successful career in commercial art. He also worked as a freelance designer in Toronto. 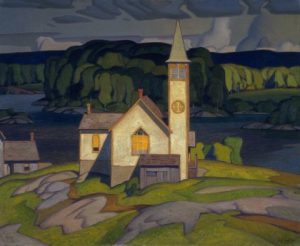 A.J. Casson experimented with colours in his oil paintings but was attracted mostly towards working with watercolours and in 1925 founded the Canadian Society of Painters in Water Colour along with Carmichael and Frederick Brigden. In the following year he became the part of the Canadian artist group known as ‘Group of Seven’. He founded the Canadian Group of Painters in 1933 after the ‘Group of Seven’ came to an end in 1932 along with several members of the group.

Casson developed a painting style with clear colours, background designs and with a limited palette. He played a vital role in promoting Canadian art through his commercial work and art organization., instigating the World War II war artist program. He has earned numerous awards, accolades and honorary degrees for his contribution to Canadian art. 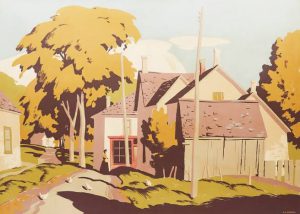 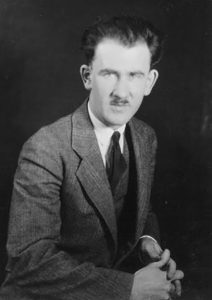 After 2 years, 3 jailed for Hong Kong’s record-breaking US $637 million art heistGilane Tawadros to join as director of the Whitechapel Gallery in London