Indian politics went on fire in 2020-21 because of the farmer’s protests against the bill passed by the Parliament in September 2020. Farmers’ demonstrations, mainly from Punjab, raise the tagline “Dilli Chalo” to overwhelm the national capital for their rights. Continuing Indian farmers’ low income and suicides bring this strike to international media attention; land ownership is the primary issue that Indian farming communities face. The latest agriculture census in India specified that farmers have small land holdings, with two-thirds holding less than one hectare of land. One of the artists, Prasanta Sahu, holds the farmer’s hand and soul tightly to express invisible gratitude through his works in the fifth edition of the Kochi-Muziris Biennale in Jew Town at Mocha Art Cafe’s exhibition.

Santiniketan-based Odisha visual artist Prasanta Sahu’s exhibition “Anatomy of a Vegetable: Ruminations on fragile Ecosystems” is a three-layered show presented by Emami Art as a part of the Invited Satellite Programme in the Biennale that deals with the agrarian socio-political current in this complex scenario.

Sahu was born into a farmer’s family and was the first to achieve a university education; the artist travelled a lot, from electrical engineering to fine art, to touch the essence. The artists’ passage opens more into the rural fiction of the Indian hinterland from a diverse stance to articulate farmers’ life through artistic practice. For more than ten years, Sahu has collected anecdotes of rural Indian life in different mediums and forms that question the political authority who ignored the farming community and levelled people.

Sahu adopts a sensitive and poetic route to learn about farmers’ lives through artistic practice. He followed a landless farmer closely and documented raising vegetables and fruits on his farmstead to understand the thematic scope of farm culture and foodways in human society. The artist’s methodology of experiencing rural life by staying connected with a farmer and empirically collecting data and materials becomes ‘art’. Sahu is centered on agriculture and is a farmer in the middle of his artistic practice. At the same time, our system drags them from the farm, giving a glimpse of the rumination of everyday rural life in India.

Food is always at the centre of any species’ survival, and the farming community will always treat it nicely in food-cultural ways. But contemporary Indian social situations have been at the cross with the farming community; the artist calls for the endless questions of planetary concerns and ecology, farming and production as a challenged social space constituted by a series of links between local farmers and the broader network of the food economy.

In this project, the artist broadly addresses his concerns about farming and foodways, the way of life founded in farming culture, and the fruition of the immense love and joy cultivated from a piece of land. For farmers, fruits and vegetables are joyful matters of life; for the artist, that might be an artwork. No one may see what that farmer cultivates on his land, but we know what artists see in his land through his artwork exhibited in this show. The artists and the farmers fulfill the dream in their lives with various physiques and styles that reach us from a distant land with wind, rain, and seed.

Artists present three layers of artwork in a tie with one concept to understand a farmer’s life. The drumstick tree and other stories are a series of sketches and drawings using watercolour, ink, graphite, tracing, Nepali paper, plaster, and found objects, arranged carefully in around 150 works. In this large installation, artists portray the story of an Indian farmer, his daily life with plants, and the fruitful dreams of his labour.

Who uses the fertile daydream of the farmer without any obligation to the farmer? Our contemporary social life is too far from farming and farmers. Our beingness is away from the beingness of humans, and our actions are not an act of being human. In some images, artists try to pluck the fruit of a mystical tree from the farmer’s grassland; in other images, the artist creates from the sadness of the land. How fruitful are we in our dreams of a landscape?

The joy of the engagement with the terrain makes artists happy, and the inhuman practice haunts them and fills them with sadness. The Drumstick tree (moringa) plays a symbiotic and symbolic role in farmers’ life, and the artist’s body of works, including the title, every part of the moringa, is edible. The leaves and esoteric spirit of moringa are spreading their wings in Sahu’s artistic practice, all fragments of leafage life in making an abstract space or non-space.

The second layer in the show is Mapping Craters II, a collection of sixty plaster moulds from landless farmers’ crops produced in different seasons within three years. The artist indeed follows a farmer as a seasonal wind to document the traditional farming tools and crops, the farmer’s foot and hand prints are like archaeological specimens for museums. Sahu’s plaster moulding process gives the impression that objects on both sides are connected and voices the politics of representation. In this mapping project, artists moulded many things from the grower’s life, including his veins and passages, to mingle with landscapes, crops, and fruits.

The artist feels urban people need to be more sensitive to recognize or notice the contribution of rural India, especially farmers end. In rural-urban connections, people are utterly unaware of the foodways, and in between producer and consumer, they don’t know each other. Capitalist modes of production and consumption are the main reason for this anonymity, and artists intend to do a body of work to erase this facelessness. This plaster mould is part of a museum show at Palazzo Madama in Turin, Italy, in 2021 and is being exhibited for the first time in India.

The third layer of the work is a 27 minutes video, narration of the farmer’s life in a slowed-down and distorted voice, completely a visual disturbance for the audience. This visual disturbance recalls the voiceless position of the farmer in society. The artist plays that video behind half-opened window blinds, which makes them a complete nuisance. There are voices and visuals, but we can’t reach out to them in a simple way.

Prasanta Sahu’s works illustrate everyday life, reflecting the artist’s and the farmer’s lives inside that rumination. The way artists unfold the idea of the artwork is the same as spreading seeds through the wind or river flow. The seed will become a tree in the future; this artwork is a seed for the future, and that will destroy your silence forever. 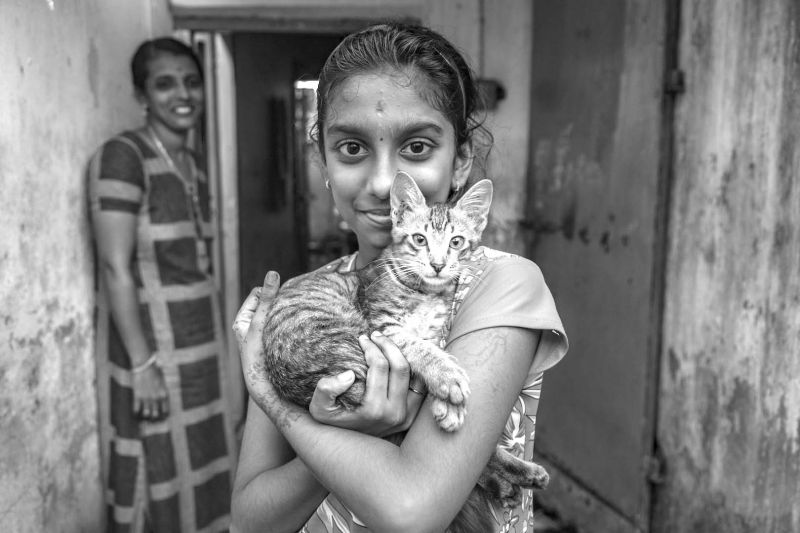 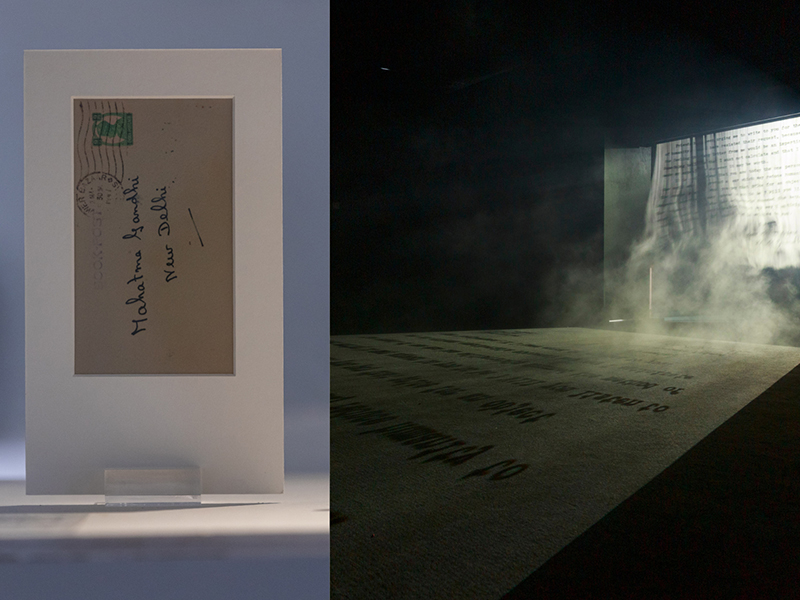 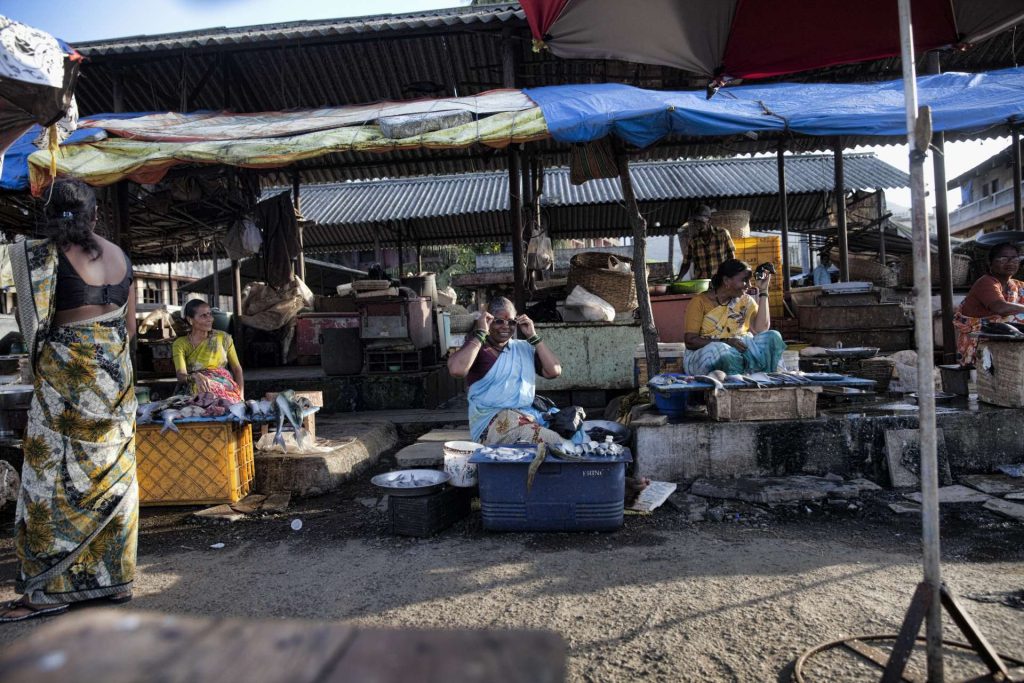