This week, our artists bring you layers, landscapes, social and desi themes

As an artist, Asif Imran is deeply inspired by the juxtaposition of urban and rural landscapes, having experienced both in his formative years. A gentle glimpse of socio-economic realities and the changing face of the immediate world around us, influenced by myriad travels, are found expressed in several of his artworks. He aspires to present an amalgamation of urban stories on a single platter, often alongside rural reconstructions. For instance, in the painting titled ‘Site’, watercolours, acrylic and pen ink are used on paper to create a neat collage of silhouettes, depicting scaffolding at a construction site in what appears to be twilight, seemingly after the hustle of the day is over and the labour staff has left for the evening. The grey, blue and dark brown colours used project the feeling of dusk expertly, and one almost feels as if they have stepped into the panoramic view of a city. The use of watercolour gives a monsoon-like feel to the entire depiction. In ‘Journey To Home’, the collage tells a slightly different story, more towards visions of the countryside that most Indians have had on long distance train journeys. In fact, it starts with a frame of a closed railway counter and a ticket in hand, moving on to what looks like fogged up, dirty gray train windows; a bus shelter suddenly comes into view, deserted; and then there is glimpse, as if in motion, of sprawling fields juxtaposed with bright blue skies. 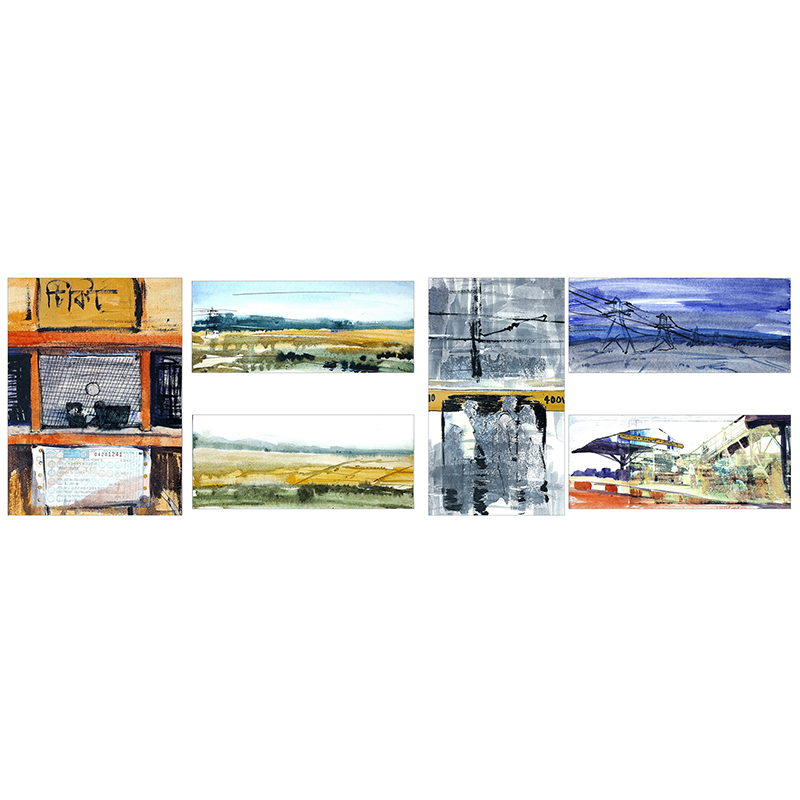 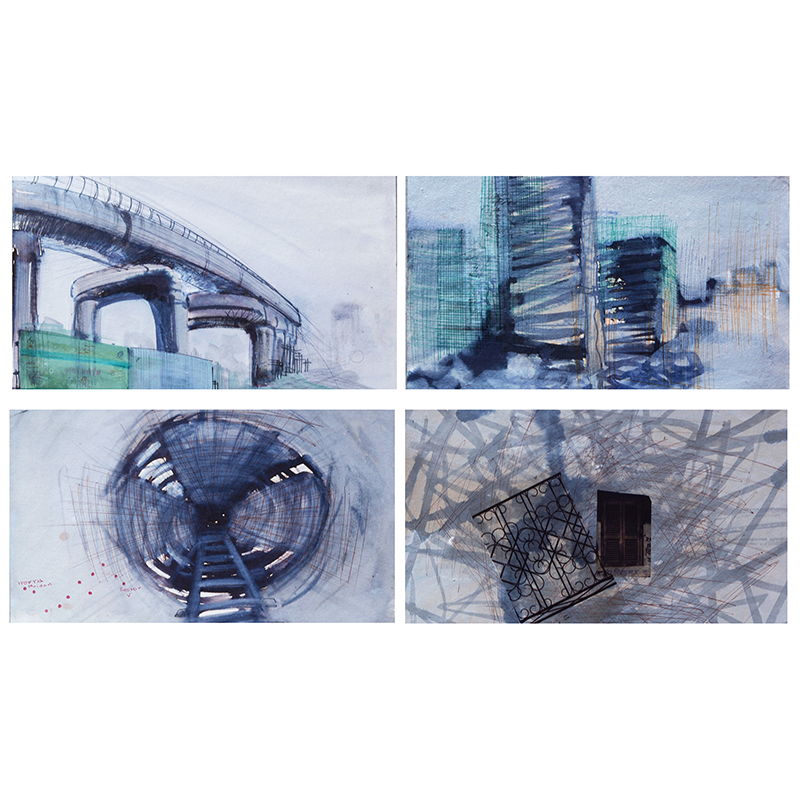 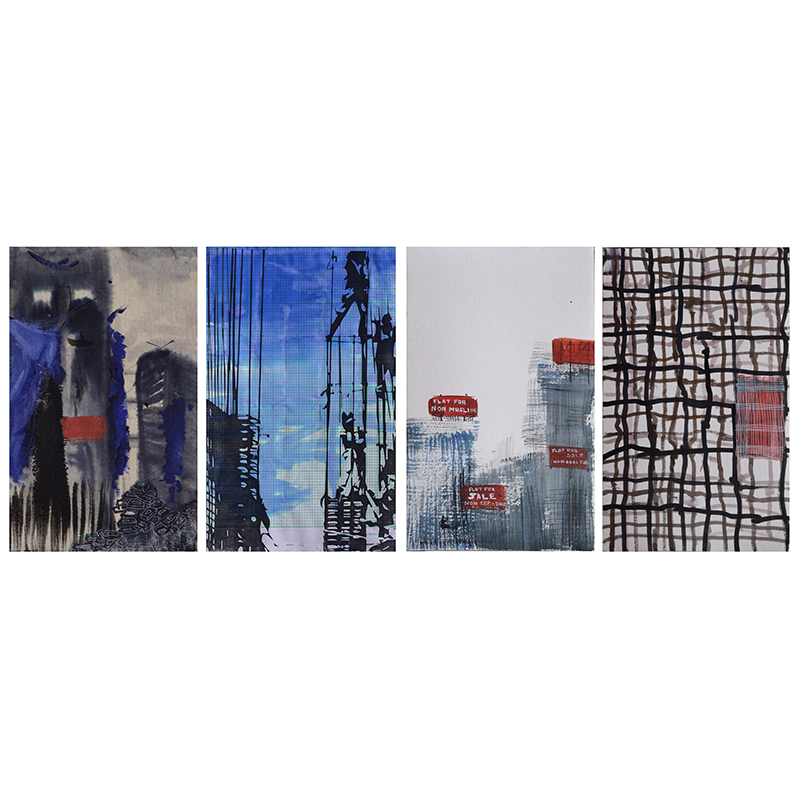 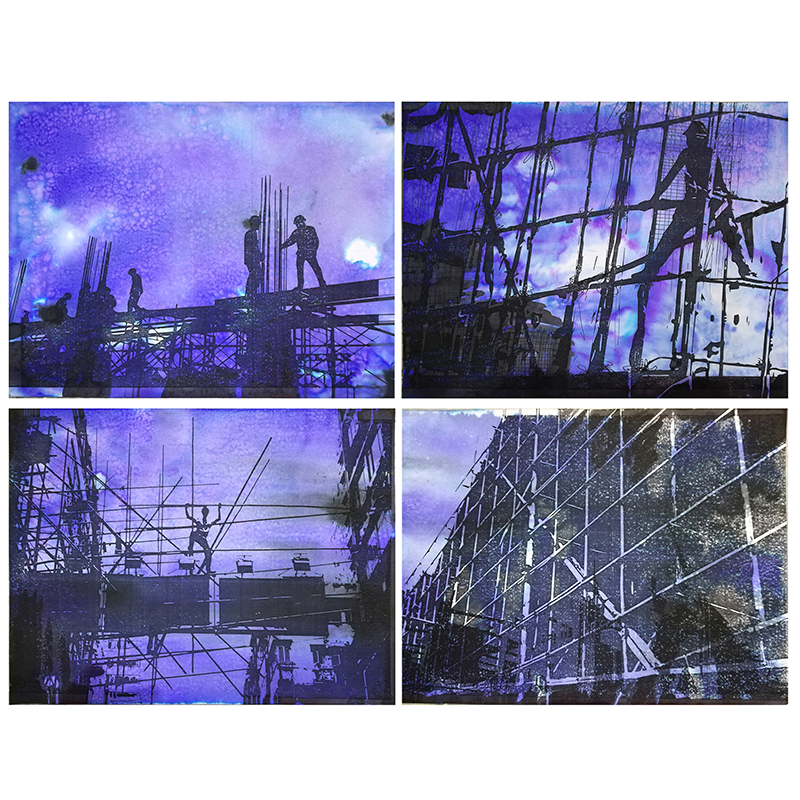 The tendency for artist Rohan Pawar is to choose a medium that lasts a long time — and that’s why he has gravitated towards sculpting many of his subjects in wood and metal like brass. Ultimately, he professes, quintessential human nature is at the core of his artworks, and socially conscious themes are something he likes to project. On these lines, Reflection I and II are both masterful renditions in brass. In Reflection I, you see a typical young lady taking a selfie, her confidence visible in her dimensions and stance; her figure is poised delicately on a reverse image of her below, as if in disturbed water. It is an expertly sculpted vision of a ubiquitous sight of these times. Similarly, in Reflection II, there is a perfect reflective symmetry with no a single element out of conjunction; but here, we see a rickshaw puller, thin and meager, but standing ramrod straight, as if stretching his shoulders after a long and hard day of his difficult work. The details are intricate — for instance, the bases of both wheels are not completely rendered, as if digging into the ground or sinking below the surface, symbolizing the weight of the load the puller bravely carries. 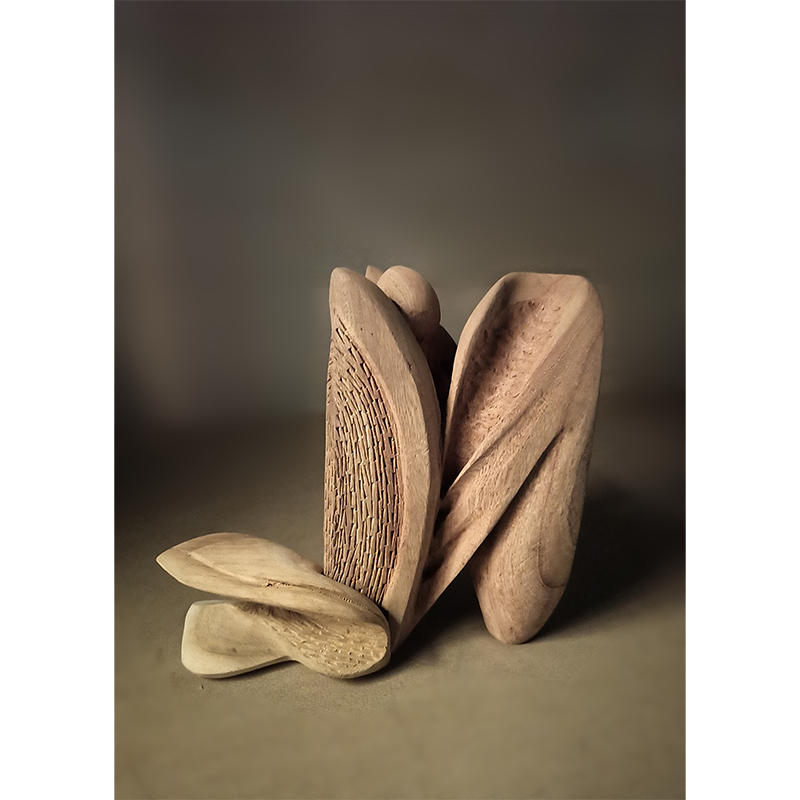 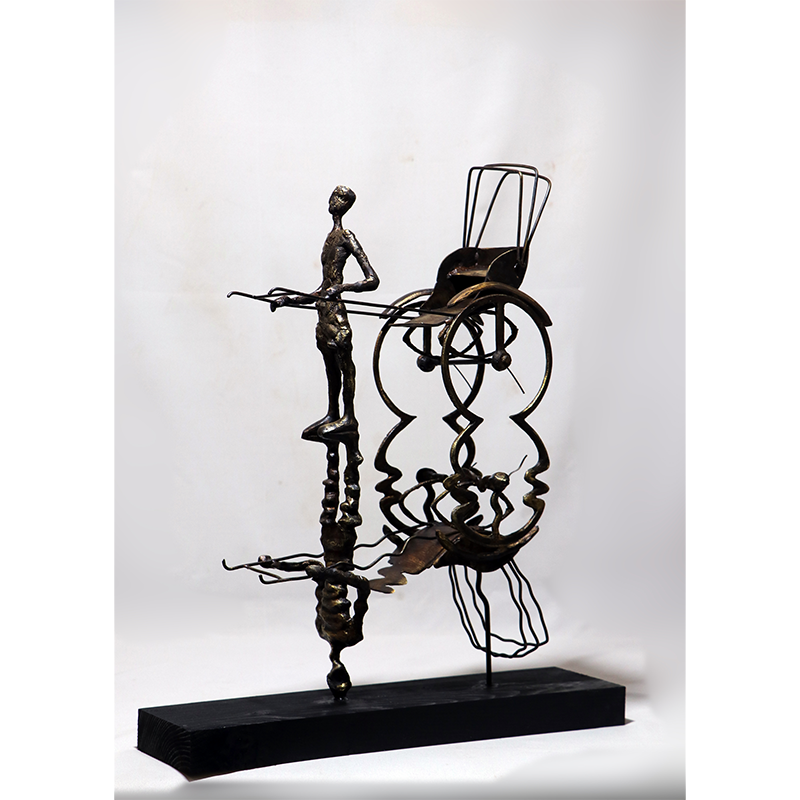 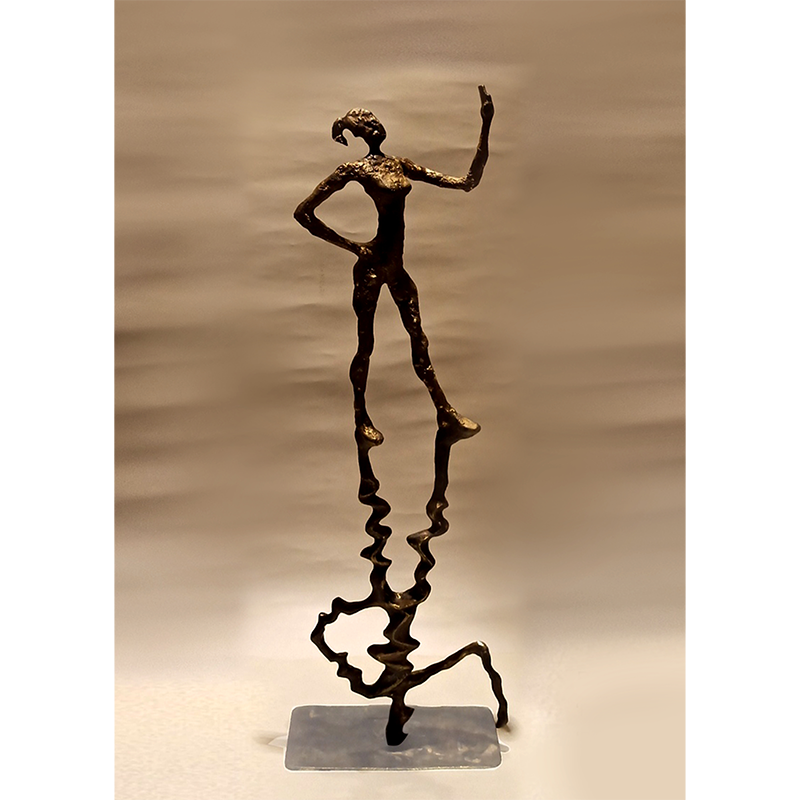 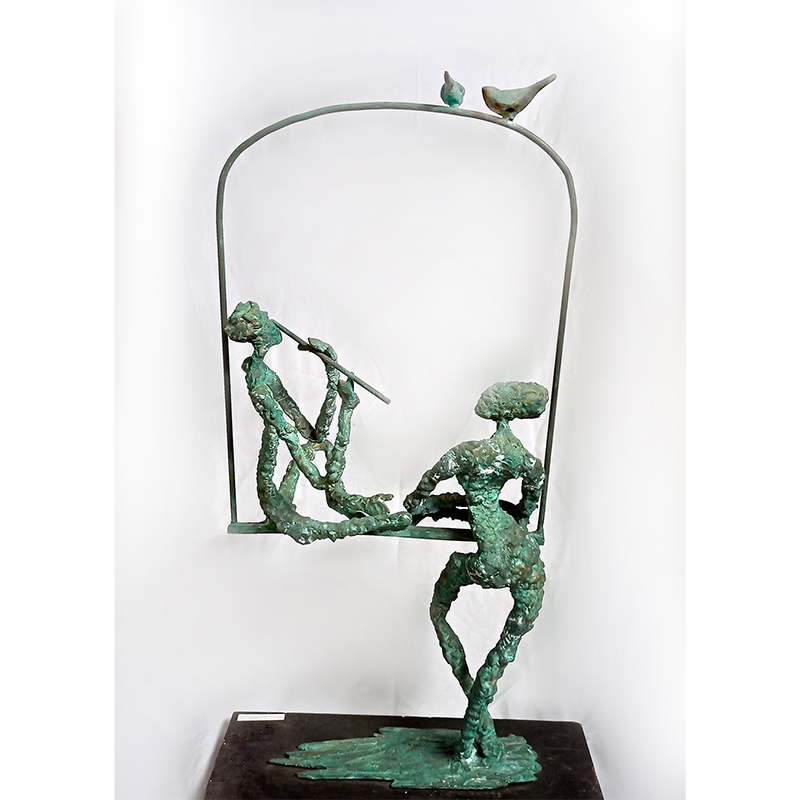 A contemporary touch is creatively imbibed into classic Indian iconography found in miniatures, postage stamps and other symbolic artworks, taking on new meaning and form, thanks to the innovative vision of artist Niraja Bhuwal. New contexts are placed on these cultural expressions, and a semi-abstract form is utilized to forge a fresh narrative for the visuals, bolstered on a patriotic undercurrent. Many of the artworks she presents are made using acrylic on canvas. In ‘Devi Enthroned’, for instance, one sees the famous motif of a Hindu goddess sitting in a lotus flower, bedecked in finery like colourful clothing, heavy gold jewellery and flowers in her hair. There is vibrancy and confidence in her stance, and she is garlanded in celebration of her auspicious nature, wielding both musical instruments and a sword, having mastered both the arts and the art of war — the colours used are contiguous to the character of the figure, bold and uncomplicated. Elsewhere, in the piece titled ‘Indian Rhinoceros’, an almost-forgotten Indian motif is recast beautifully in bright and textured yellow and blue hues — the postage stamp displaying a Great Indian One-Horned Rhinoceros, found exclusively in Bengal and Assam. 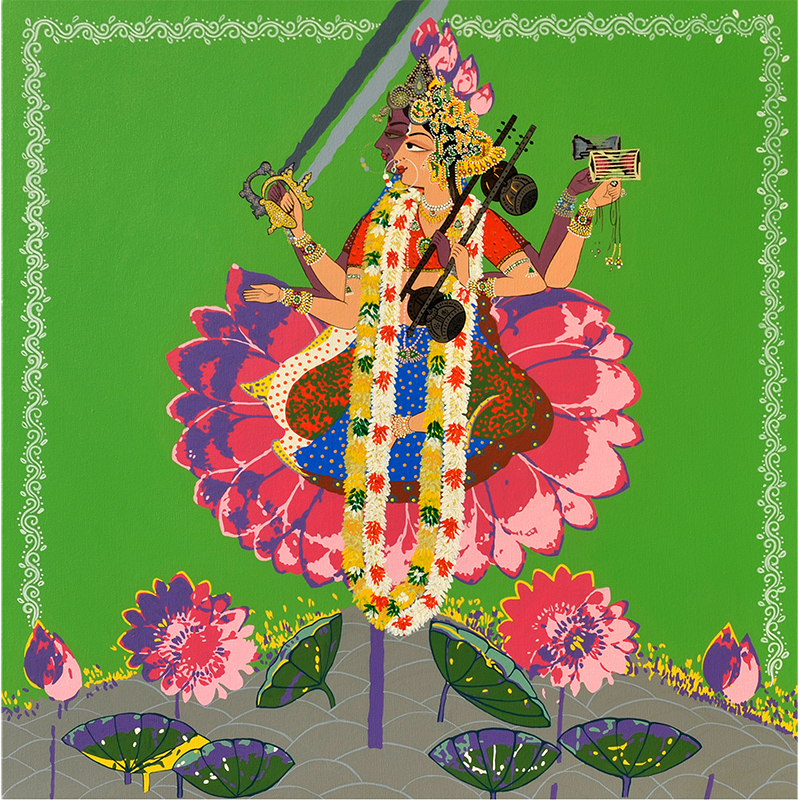 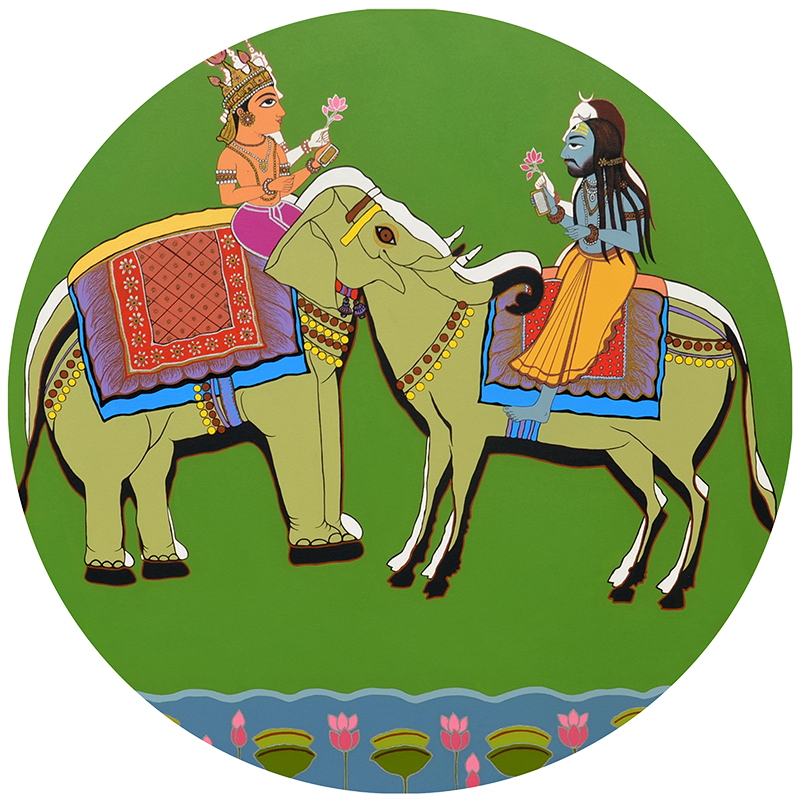 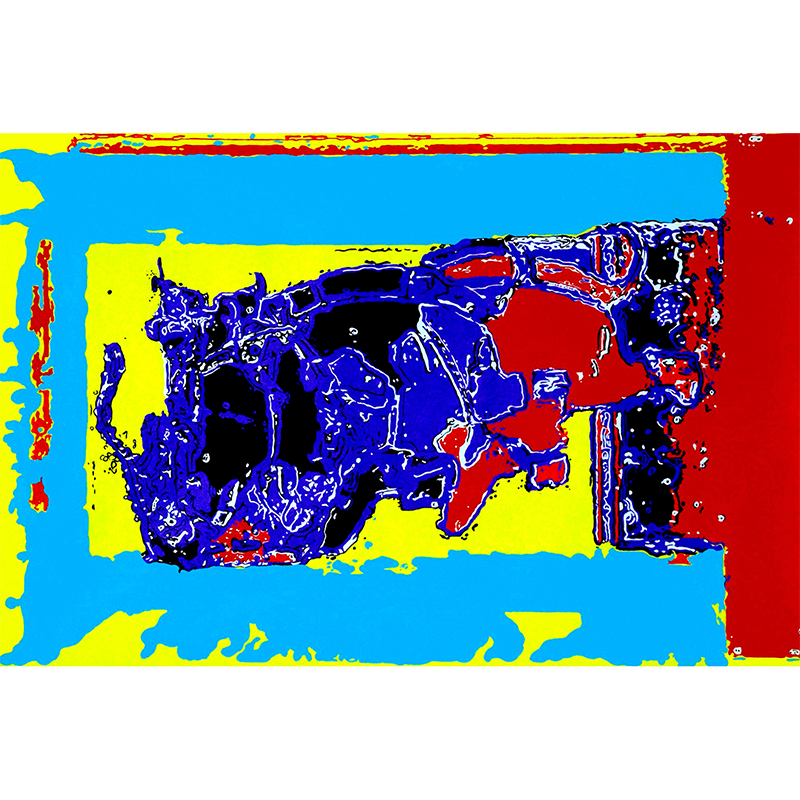 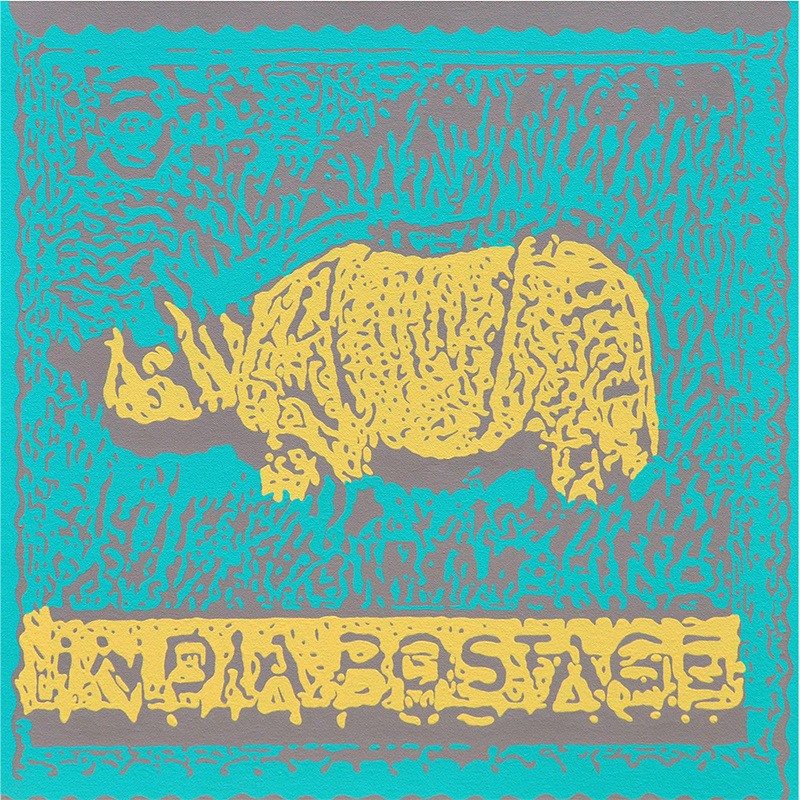 JyotiPrakash Sethy: Layered speak of time from the shadows

There is a layered approach, literally and figuratively, to the artwork put across by JyotiPrakash Sethy, achieving a unique sense of balance. Themes of disconnection to mundane routines and the epiphany of understanding loneliness amid the crowd also come through in myriad ways, with a lot left to the comprehension of the viewer. The essence of these artworks lies in soft expressions of strong themes. Using soft pastels on mount boards, the ‘Untitled’ series is rendered in an almost ethereal way, mist-like and mystical, with light and shadow dancing within the frame. There is plenty left to interpret as forms and figures emerge like those in the wind that swirls around. There is an expert use of faint washes and colours, fading yet making a powerful statement. The passage of time is also relevant when one looks at the layered nature of this work, and it becomes at once fantastical, historical, memoir-like, yet mysterious in is expression and narratives. 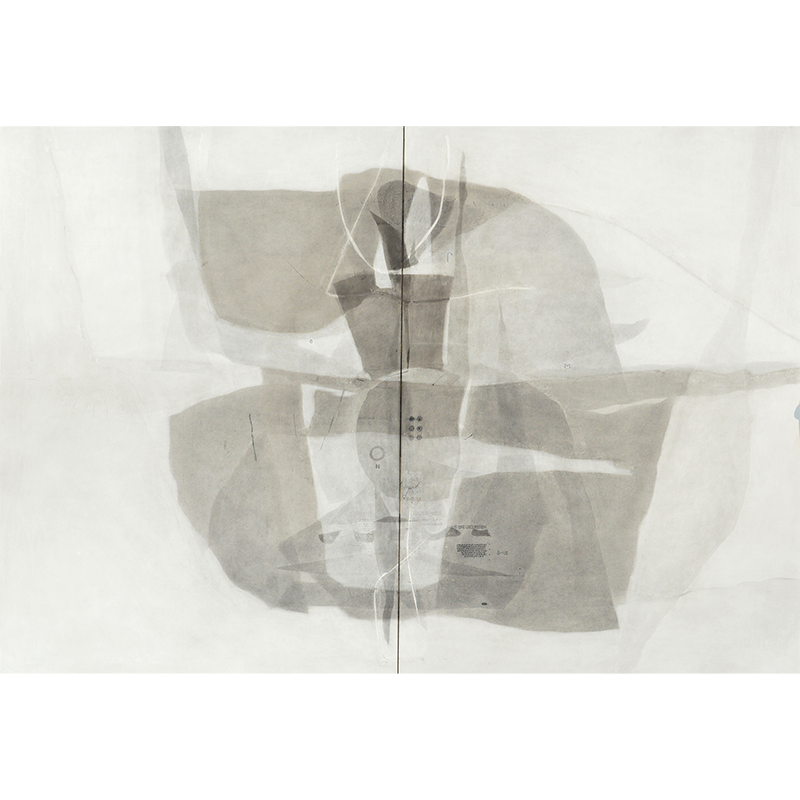 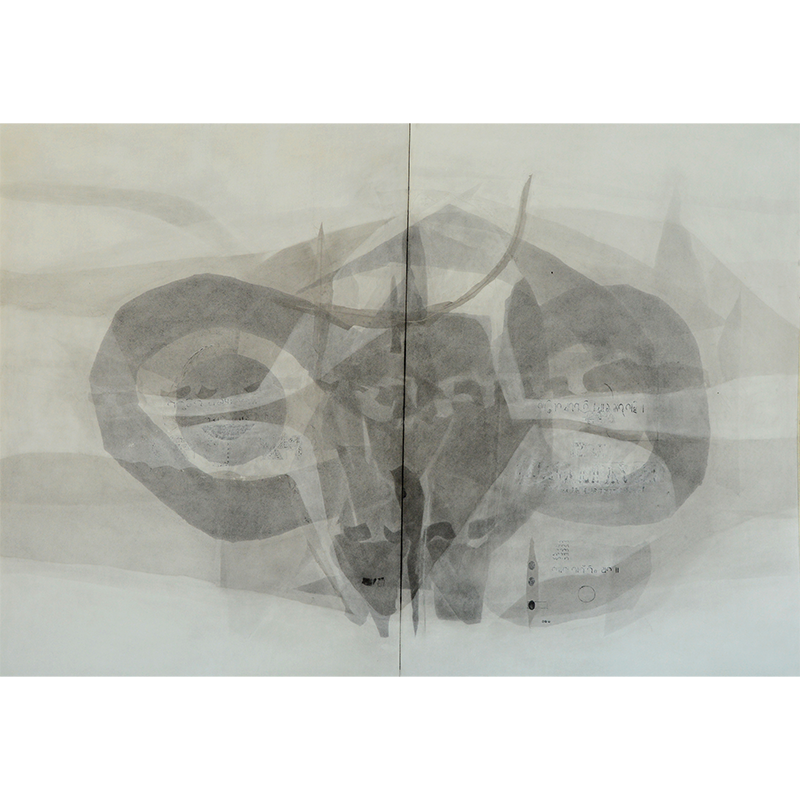 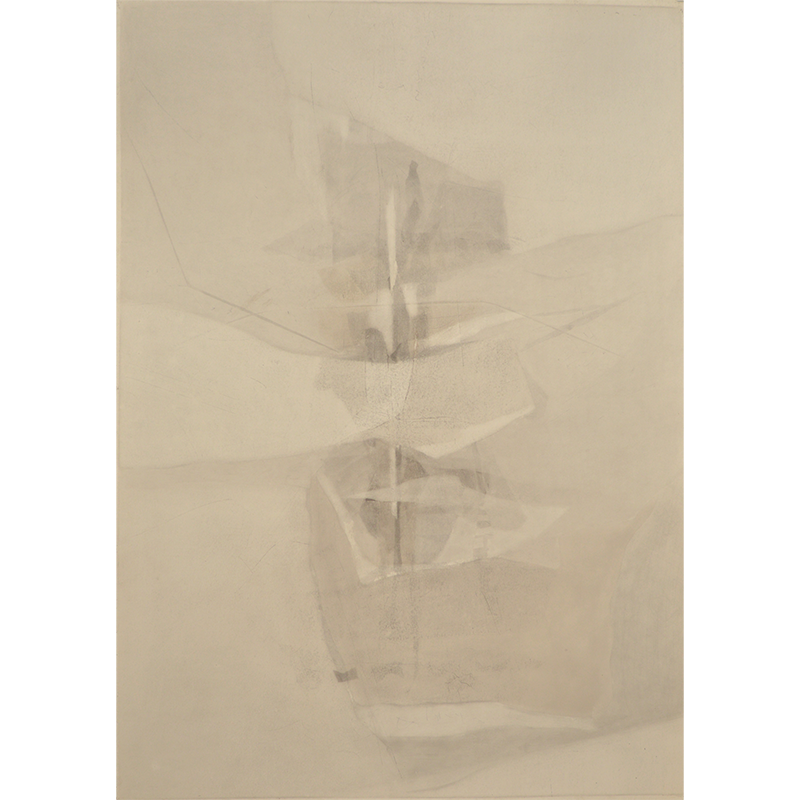 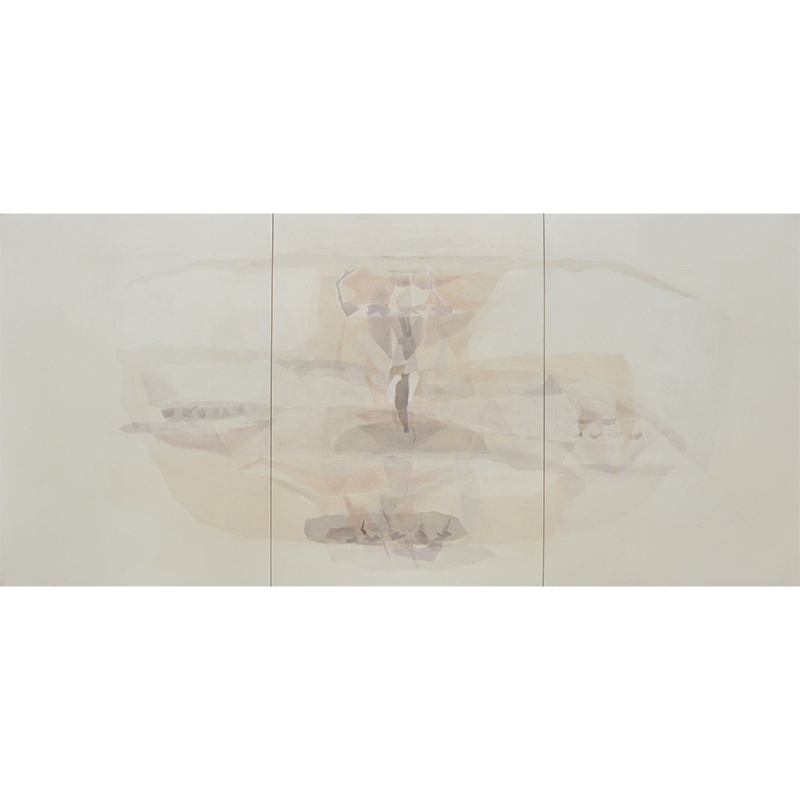 The many mutinies of the tribal art and journeys thereafter‘Not next to Mona Lisa? Then no Mundi!’ New report reveals fresh controversy