V&A to remove Sackler; Claudia Gould to depart; US museum revises its policy 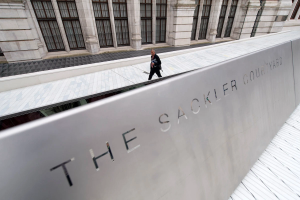 The Victoria and Albert Museum in London is the latest institution to remove the Sackler name from its walls following protests from activists. A string of UK cultural institutions that had previously benefited from Sackler donations, including the British Museum and the National Gallery, distanced themselves from these benefactors after the family’s now bankrupt company Purdue Pharma became embroiled in controversies over its addictive painkiller OxyContin. The V&A was the final major UK institution to retain the Sackler name, but the museum has now dropped it. The V&A is the latest institution to pull the Sackler name in its spaces in the past years. Among the first major institutions to do so was the Metropolitan Museum of Art in New York last year; others, such as the Guggenheim Museum, the British Museum, and the Serpentine Galleries, have since followed suit. Read more at The Telegraph.

Claudia Gould, director of New York’s Jewish Museum, has announced to leave her post after 11 years of joining. she said she would depart as director in June of next year, at the end of her contract, marking the end of a tenure that began in 2011. In a statement quoted in the Art News, Robert Pruzan, chair of the museum’s board says, “She and her team have done a tremendous job in really pushing the mission forward, broadening our audience and making us more relevant.” Prior to Gould’s arrival, the museum had been primarily historical in focus, and she worked to bolster its contemporary art program. She continued a series of commissions that included works by Chantal Joffe and Lawrence Weiner, and she recently hired Liz Munsell, formerly of the Museum of Fine Arts Boston, as the institution’s first curator of contemporary art. For more details read ART News. 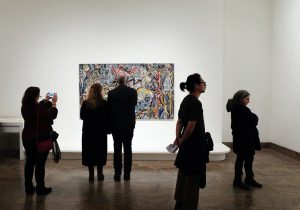 The Association of Art Museum Directors (AAMD) is updating its guidelines concerning the sale of artworks deaccessioned by museums, slightly expanding its restrictions on the often-controversial practice. The new provision, approved by AAMD members, allows funds from deaccessioned works to be used for “direct care” of a museum’s collection—a more lenient approach than the association’s previous guidelines, which limited the use of funds to the purchasing of new artworks for the museum’s collection. The updated guidelines also provide a succinct definition of the term “direct care” to ensure that museums follow their exact parameters. Details at The Art Newspaper.

Art news around the worldA painter who loves to collect paintings