A revelation of personal and societal tragedies and turmoil, the art put forth by artist Suvendu Bhandari is bleak and intense. He professes to his art being an emotional rather than objective reflection and response to the world around, and its treatment in sepia tones lends an almost transparent tone to it, wherein the expression becomes an important part of the artistic narrative. Interestingly, Suvendu also occasionally uses his own writings within his paintings. Expertly using watercolours on Fabriano (cotton paper), Suvendu has rendered some thought-provoking art including Pity of War (II), depicting a supine, nearly naked man, with a hooked cleaning implement lying nearby possibly indicating his socio-economic situation, lying in a bare-bones room  with absolutely nothing other than a pile of human skulls weighing down on top of the figure’s torso. Macabre, yet symbolic. Another work called Aftermath (IV) has up-front and centre a large half eaten apple on a table, heading towards decay, with nothing other than two fingers coming into the frame separately, almost accusatorily, pointed at the unfortunate fruit.

Ceramic art takes on a new dimension, quite literally, for artist Maitri Chedda, who applies an almost synaesthesia-like sleight of hand to crafting eye-catching pieces that serve a unique utilitarian purpose — as musical instruments. While they do not entirely function always to make coherent melodies, Maitri approaches this niche as ‘sound sculpting’, and she brings in an understanding of resonance works while balancing the hollow spaces, thickness and thinness of the material and creating aesthetic objects. Applying a more abstract interpretation to her work, she also utilizes repetitive patterns as indicative of soundwaves. In a series titled ‘Sound Of Hollow Space’, for instance, the stoneware artworks display exquisite, almost seashell-like curvatures and surfaces, yielding the opportunity for the observer to perhaps reproduce, at least to some measure, the act of blowing on a conch shell, or holding a shell found on a beach up to one’s ear to listen to the ocean.

As an artist, Malay Kumar Gayen likes to experiment with colours, papers, charcoals, wood, paper pulp on canvas to realise his ideas — but the theme and tone of his current works remain dedicated to concepts of urbanity, capturing a slice of metropolitan life in symbolic ways. Concrete spaces and their maze-like arrangements are a recognizable motif in the paintings, as is the use of mundane objects like furniture or electronic components to consolidate the theme of city life. In the acrylic on board rendition titled ‘Interior Spaces’, he almost neatly lines up the rooms of a house in a block-like structure, a frame almost reminiscent of an overarching security camera hovering over the space; there is no human movement therein, but the placement of objects or their near movement and positioning indicates human presence not so long ago, from the kitchen to the dining hall, a bedroom, conference hall and quiet living room. Elsewhere, an untitled acrylic on paper canvas is a chaotic but fascinating compilation of a civic settlement, with dimensions and the play of light and shadow rendered superbly to show close-set housing, its many viable structures, and how metropolitan architecture is an art unto itself.

Sagar Vishwakarma: Down to the brass tacks

Perceiving humans as materials for his art is a root of inspiration for artist Sagar Vishwakarma, who very often sculpts objects resembling the human form, utilizing mediums like brass and cement moulded expertly. There is subtle symbolism at play here, speaking about ongoing socio-political discourse as well. What stands out is his striking brass artworks that show an expertise in working with the metal, moulding and other technical aspects of the process. The range is interesting, and in his latest, as-yet untitled series, there is an exaggerated humanoid, almost ancient folk art-inspired figure visible in one piece, either falling or trying to get up from the ground; another resembles a boat-like vessel journeying onwards with its torn (read: meticulously filigreed) sail aloft; yet another work of brass, with embossed carvings on top of the piece, showcases twin elephant-like miniatures, with their respective trunks/tusks aloft in the air, making for an attractive addition to one\’s sculpture collection. 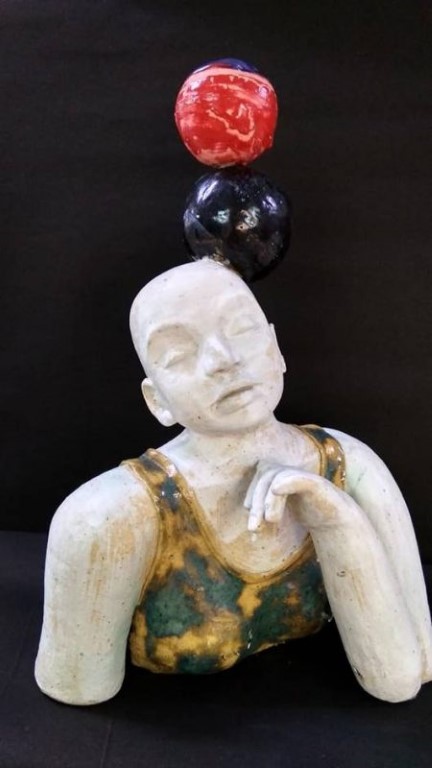 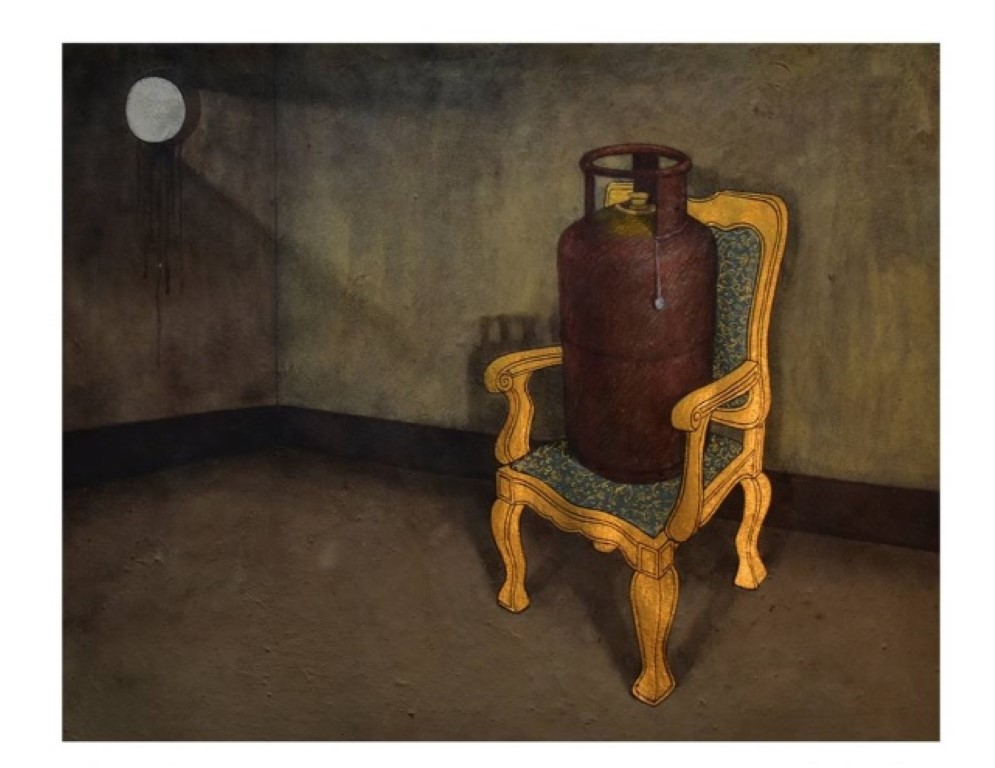 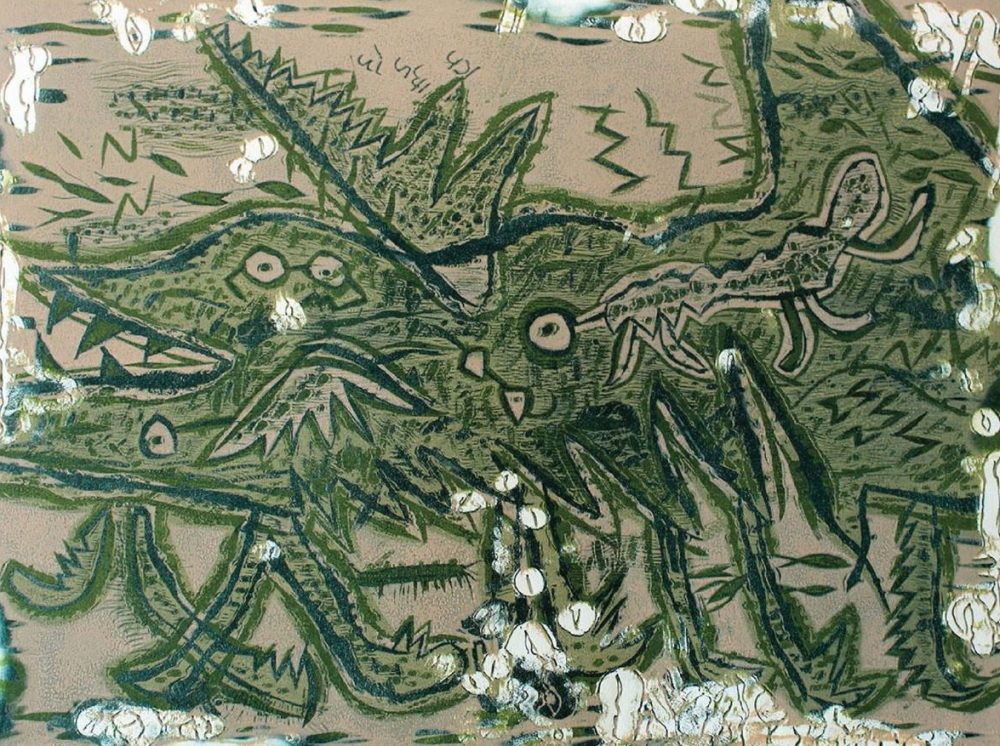